How “Hawkeye” mixes the Marvel universe with Christmas movie codes 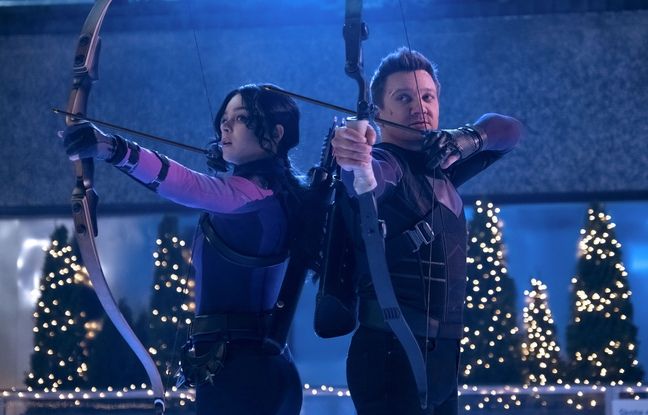 With Hawkeye, Marvel is adding a new string to its bow! After WandaVision, Falcon and the Winter Soldier, Loki and What If …?, This fifth Marvel series for Disney +, dedicated to the ex-Avenger Clint Barton aka Hawkeye (Jeremy Renner), wants to be part of the great tradition Hollywood Christmas movies, a novelty for the studios headed by Kevin Feige. Does Hawkeye succeed in mixing the codes of the MCU and those of the Christmas movies?

A series that takes place at Christmas

Hawkeye, whose 20 Minutes saw the first two episodes available this Wednesday on Disney +, respects the main rule of the Christmas movie, namely simply to take place during the holiday season.

The series takes place in New York City six days before Christmas. Clint Barton was a guest at the premiere of Rogers: The Musical, a Broadway musical devoted to Captain America and the Avengers. He came with his children Lila, Nathaniel and Cooper, and intends to enjoy the magical atmosphere of the Big Apple with them at this time of year before joining his wife (Linda Cardellini) for Christmas Eve.

The story is inspired by the Marvel comics by Matt Fraction and David Aja, published from 2012 to 2015, which depict the daily life of this ordinary hero within his family. “Clint Barton is one of the first six Avengers. Everyone has superpowers except Natasha and him, ”Jeremy Renner recalls in the series’ production notes. “That simple fact makes him ordinary, not to mention he has a family and changes his children’s diapers as soon as he puts his bow away.” Still, he’s heroic, and I think that redefines the very concept of a superhero, ”he explains.

A series that gives pride of place to family values

Hawkeye abides by the most essential of Christmas movie rules and places special emphasis on family values. After two appearances in Thor (2011) and Avengers (2012), Clint Barton stood out in Avengers: Age of Ultron. “Ultron laid the foundations for his family life,” continues Jeremy Renner. I think it was revolutionary in the context of the first six Avengers, because it made sense of their motives. Having a hidden family and the principles behind that secret was a giant leap for the character. “

Hawkeye was alongside Steve Rogers in Captain America: Civil War (2016) and helped defeat Thanos in Avengers: Endgame (2019). He lost his family for five years due to the Thanos Snap. Since the Blip, he intends to make the most of every moment with it.

A series on the ghosts of the past

He also clings to his family to overcome the loss of his best friend, Natasha Romanoff, aka Black Widow. At Marvel, ghosts from the past (and not ghosts from past Christmases, as at Charles Dickens) threaten the festivities. In the post-credits scene of Black Widow, Yelena Belova (Florence Pugh) appeared ready to avenge her sister Natasha Romanoff (Scarlett Johansson) on the one she believes responsible for her death, namely Hawkeye.

During the five years spent without his family, Clint Barton also made many enemies in the costume of Ronin, a masked vigilante who terrorized the underworld. “He took revenge for his pain and his rage on all the bad guys on the planet,” sums up Jeremy Renner.

When an individual makes his appearance in New York in the Ronin costume, Hawkeye is going to have to bend his bow again. “This is where we start the series: his past catches up with him. “

A series about a new friendship

Hawkeye reluctantly has to team up with Kate Bishop (Hailee Steinfeld, seen in Dickinson), a fiery 22-year-old archer who has held her in boundless admiration since childhood, to foil a criminal conspiracy. Will Clint Barton still arrive home for Christmas?

In the first two episodes, no end-of-the-world stakes, exploding planets and multiverse delusions, but a small-scale MCU story, which focuses on the meeting between these two characters.

The dynamic between Clint and Kate is reminiscent of buddy movies. “In my opinion, he says to himself that she has enormous potential,” Jeremy Renner continues. Well, at first, she really pisses him off. But he learns to respect and admire her, and he takes her under his wing. “

“They bicker like brother and sister, but end up becoming very accomplices,” summarizes Trinh Tran, one of the executive producers of the series.

With its mix of action scenes, humor, and Christmas carols, Hawkeye, a “low key” series according to Kevin Feige, is excellent entertainment that has everything to dethrone. Die Hard as your new favorite Christmas action comedy!