Consumption has gained momentum and is expected to emerge this Christmas. According to him Deloitte consumer study (titled, not for nothing, Recovering the illusion), the estimate of Christmas spending per household for the year 2021 (€ 631) is 14% above the 2019 spending (€ 554). The gifts category grew 1.3% and among these we found a strong rise. Entertainment online enters the top 10 gifts strongly. Spending on technology and audiovisual equipment thus becomes a safe value. It was years ago, but the pandemic highlighted the importance of home audiovisual entertainment.

During Christmas, televisions take on a great importance. Ads for certain brands are breaking through the screen to become part of popular culture now more than at any other time of the year. We live on December 22 glued to the television watching the balls of the hype go down, and the Christmas specials and compilations of the best of the year bring together the whole family, achieving stratospheric audiences. Perhaps the culminating moment occurs on December 31 at 12 at night, when practically the entire country is in front of a screen.

This causes many to advance their purchases and start Christmas with an early gift. The Black Friday and the November sales are a good time to write a letter to the Magi with the technical specifications book for each television. We can’t help you with the first, but we have made a list simplifying the second, highlighting the best televisions in the Samsung catalog. Starting by:

For the gourmets, Neo QLED 8K. TVs Neo QLED 8K They offer the best image quality, with Quatum Matrix technology. They have an artificial intelligence enhanced with 16 neural networks that analyze and improve, pixel by pixel, the image quality up to 8K even when the video was not made with such quality. In addition, the dark areas are illuminated and the bright ones are dimmed thanks to its Mini LEDs, reproducing in each scene 100% color volume and up to 4000 nits of maximum brightness. Even the Newscast will seem like a Hollywood blockbuster. 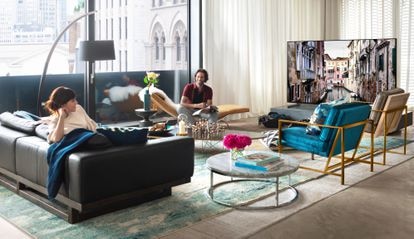 If you are an inveterate gamer, Crystal UHD TVs. Who said watching TV was wasting time? With the Samsung Crystal UHD TV you can almost win it. Its Multi View function divides the screen to enjoy multiple content at the same time. So you can watch TV while browsing the internet or play video games while watching a tutorial on how to win the game. 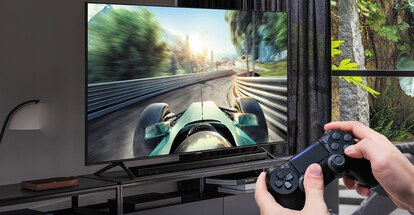 Its Motion Xcelerator Turbo takes gaming to the next level. This processor optimizes the sharpness of moving images allowing you to play smoothly at 120Hz. All these characteristics make this model a multiplatform leisure center.

For art lovers, the TVS The Frame. More than a television, a design object. The Frame It has a customizable frame that integrates perfectly with the decoration and pictures of your home. This, coupled with his art way, makes when it is turned off it shows your favorite work instead of a black screen. A television that turns your home into a gallery, giving it a touch of personality and its own style. 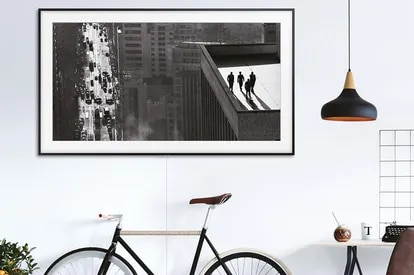 For moviegoers, The Premiere. What if instead of a television, you decided to have a home theater? The proyector 4K The Premiere, the most powerful on the market, can help you answer that question. The high-resolution projector features 4K Triple Laser technology for spectacular viewing. You will get incredible color accuracy and contrast in a maximum screen space of 130 inches. But all this without taking up hardly any space, just 24 cm apart. 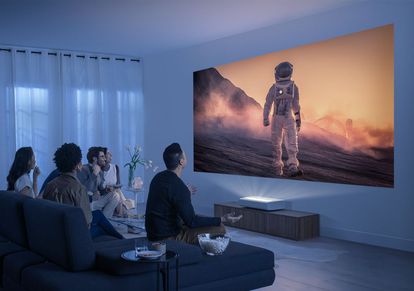 When it is off it almost disappears, making it the ideal option for those looking for a minimalist home, without too much presence of screens. But when it is on is when it shows all the magic of cinema. The Premiere boasts 40 watts of sound with 4.2 onboard channels and boasts cinema-quality sound as well.

Q Series soundbar. The sound of Samsung TVs is so powerful that you will feel inside every scene. That’s why the Q Series sound bars, with Q-Symphony technology, they do not cancel out the sound of the TV, but rather blend in with it. Together they achieve an unprecedented, enveloping and multidimensional sound experience. Combine the audio from your television with that of your sound bar creating an immersive atmosphere around you. 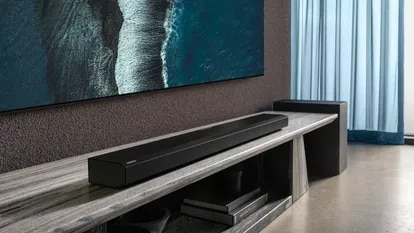 Television has become the center of the home. It was in the past, when it was a device to tune a couple of channels. But today it has become a multiplatform leisure center. A place where you can work, play, play sports or listen to music. Many even use it as a design object with which to decorate the house. That is why it is a recommended purchase during these dates and that is why the specifications of each device must be studied well. Because whatever your style, Samsung has the perfect TV for you.