Champions League: Paris, beaten (2-1) at Manchester City, qualifies for the round of 16 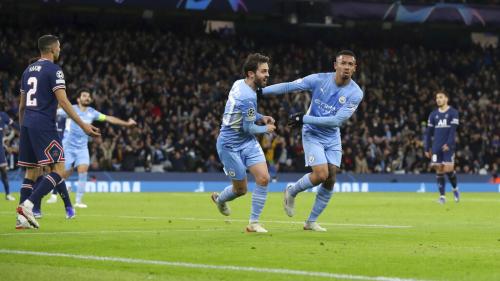 The miracle almost happened, but Paris Saint-Germain ended up giving in, logically. The capital club lost Thursday, November 24 on the lawn of Manchester City (1-2), on the occasion of the 5th day of the Champions League. Cornered throughout the match in front of their goal, the Parisians conceded at the Etihad Stadium the first defeat of their European campaign, but still validated their qualification for the round of 16, thanks to the victory of RB Leipzig over the lawn of Bruges (5-0).

The problem is that PSG are certain to finish second in their group and will meet a big team while receiving in the first leg of the round of 16. After a very happy victory in the first leg on September 28 (2-0), history could not be repeated twice. The last finalist of the Champions League, led by Pep Guardiola, knows the competition too well to indulge in this type of pitfall.

However, the Citizens thought they saw in PSG their new black cat when Kylian Mbappé remembered the good memories of the Etihad Stadium. In the stadium where he had revealed himself to the whole world in C1 one evening in February 2017 with AS Monaco, the striker of the Blues gave the advantage to his people after one of the first offensive actions of the Parisians (50th) of the meeting. After his failure at the end of the first period (44th), Mbappé could celebrate his 29th goal for his 50th C1 game.

And Paris could resume its snorkeling. Before the goal of his number 7, PSG had taken the tide, facing the waves of Citizens, without ever letting the dike give way. Firstly because Keylor Navas was well extended on the strike of Riyad Mahrez (33rd) but also and above all because the Parisian goalkeeper was well supplemented by his defenders. Presnel Kimpembe (5th), Achraf Hakimi (18th) and Marquinhos (28th) have in turn saved PSG by countering and leaving hot balls in front of the Costa Rican’s goals. And when the latter could not count on his teammates, his post repelled the strike of Ilkay Gündogan (33rd).

Finally, after ten minutes spent finding the ball following Mbappé’s goal, PSG were caught off guard when it was time to start defending. Nuno Mendes, constantly caught in the back tonight, saw Kyle Walker serve – with success – Raheem Sterling for the equalizer (63rd). Less than a quarter of an hour later, on a similar action, but on the other side, the Etihad Stadium exploded with joy on the victorious goal of Gabriel Jesus (76th).

Looking crestfallen, Neymar must have blamed himself. Moments before the goal of his compatriot Manchester City, the Brazilian had just missed a clear opportunity by opening his left foot too much (73rd). The miracle was therefore not to take place on Wednesday, and PSG will end their group stage without winning away. A first in the Champions League since the 2004-2005 season.

At the time, Paris had finished last in its pool. This year, the capital club provided the essentials before by winning in the first leg against Manchester City and against Leipzig, and will finish second behind the English club. The 6th day against Bruges will offer a game without a stake, except for the Belgians. But there is no doubt that Mauricio Pochettino hopes to see another face from his team, as PSG this evening missed the opportunity to prove that he is a contender for the final victory in the Champions League.

The United States, an exception in the OECD