In Strasbourg, a Christmas market under severe health constraints 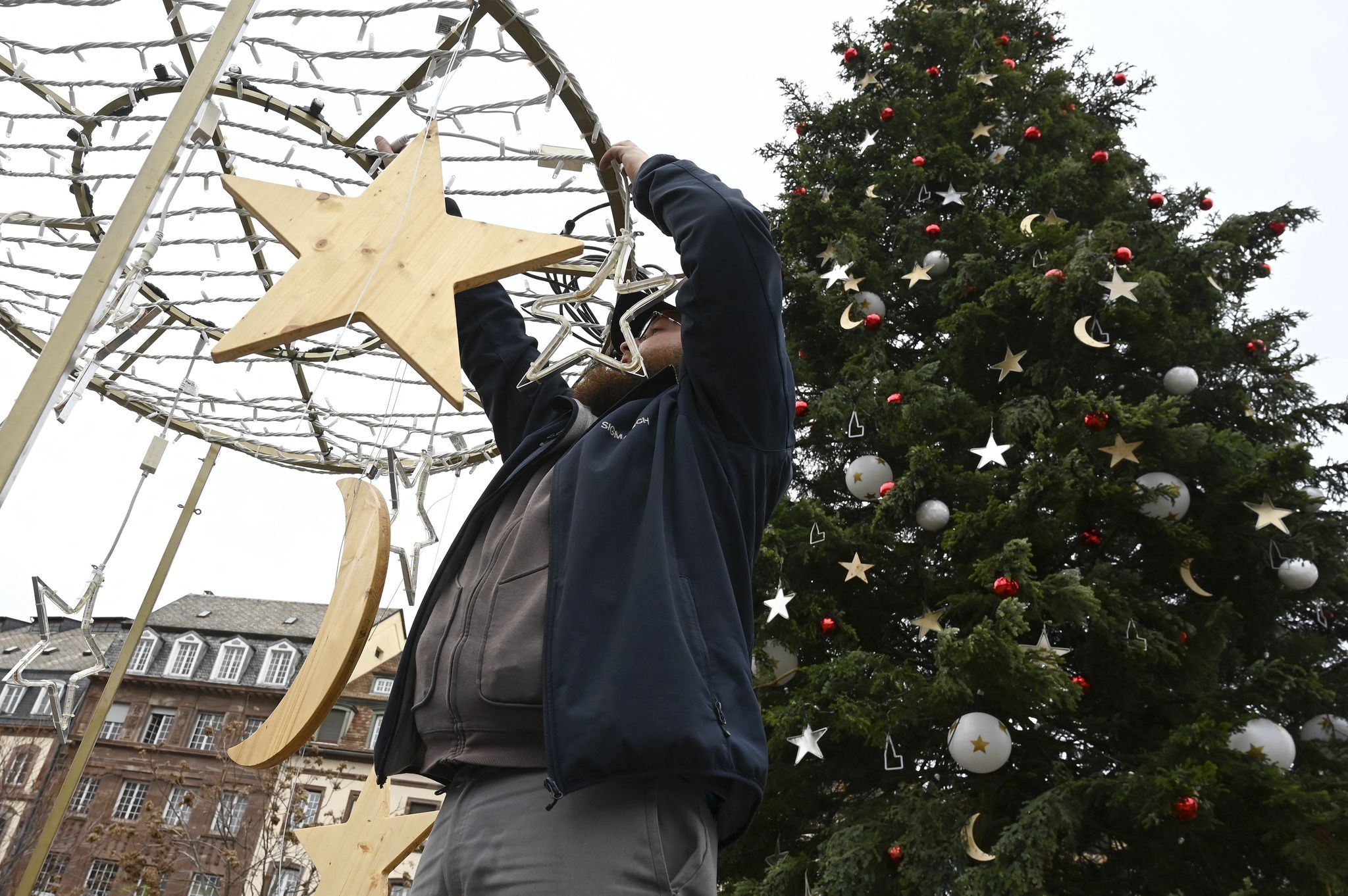 Scents of mulled wine and winter dishes, a Ferris wheel, toboggan runs, chalets and merry-go-round, igloo restaurants with magical decorations… the atmosphere of the Christmas market is back after the general cancellation of 2020. After Metz and Paris on November 20, it will be in Strasbourg, historic cradle, to reconnect with this tradition on Friday 26. But under high health constraints: the wearing of a mask and the health pass will be compulsory at the entrance to each zone.

No cancellation for the hour

No major market cancellations have yet been announced, with the exception of a few small border towns. But faced with the fifth wave, the Bas-Rhin prefecture still called for extra vigilance. Although outside, the Christmas markets are “at high risk of viral circulation”, underlined the prefect who “obviously monitors the evolution of the health situation, but the possibility of a cancellation is not considered at all. “. In Germany, the Länder of Bavaria and Saxony have canceled all their Christmas markets.

What to cool the desire to come and stroll between the chalets? “The hotels are full for the weekends but we are expecting 50% of the usual attendance, not least because Germany is likely to restrict traffic very soon. We rely a lot on the attendance of Bas-Rhinois, their vaccination rate is good ”, comments Guillaume Libsig, deputy mayor of Strasbourg. But what he hopes this year, it is not so much the tourist frequentation, complicated by “the problems of recruitment in the restaurants”. Rather the visibility offered by the event.

The prefecture, with the regional health agency and the Strasbourg Eurometropolis, has planned two health protocols for the Strasbourg Christmas market, depending on the evolution of the incidence rate. To date, it is the most stringent scenario – the one expected when new contaminations exceed 200 cases per 100,000 inhabitants – which has been adopted, with a mask everywhere (the ARS will provide some) and food consumption only in accessible areas. on sanitary pass.

→ READ. Are there too many Christmas markets in France?

The Covid has also forced a review of anti-terrorism security measures: random checks in the city have been preferred to pedestrian checkpoints. “Extremely restrictive for residents, disenchanted with the Christmas capital, they did not prevent the attacks in 2018 and are contrary to the Covid logic because they generate queues”, explains Guillaume Libsig. Reinforced health surveillance which will look like a tour de force for the Saint-Nicolas parades, to come in Lorraine, in particular in Metz, Nancy or Épinal.