Starting next week, you can watch the compelling western Cry Macho (2021) with Clint Eastwood from your living room. The film will be available from November 29 on Pathé Thuis and Amazon Prime Video, among others.

The distributor announced this yesterday. Cry Macho is Eastwood’s latest drama thriller, who not only stars but also produced and directed the film. In addition to him, Natalia Traven, Dwight Yoakam, Fernanda Urrejola and Horacio Garcia-Rojas also star in the film.

Based on N. Richard Nash’s 1975 novel of the same name, the film centers on a former rodeo star who is hired to pick up a boy from Mexico and return it to his father. It’s no easy task: the two have to cross the Mexican countryside and face all kinds of obstacles. On the way, the old man tries to explain to the boy what it means to be a good man. 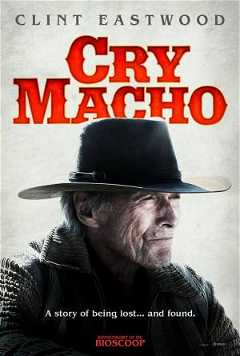 Mike Milo (Clint Eastwood) is a former rodeo star and horse breeder who takes a job from his old boss in 1979 to bring his son back to Texas from Mexico.

Cry Macho premiered in October and can still be seen in some cinemas. From 29 November you can also watch the film via Pathé Thuis, Amazon Prime Video and Apple TV+.

Frida Sofía was arrested in Miami, United States, and has two charges against her

Coronavirus in Argentina: confirmed 78,121 infections and 281 deaths, the highest figure in 160 days

BEHIND THE SCENES: The “Chinese years” come to an end in a month, but the legacy for the Olympic world is already clear