Mosques still tagged with crosses of Lorraine in the Doubs 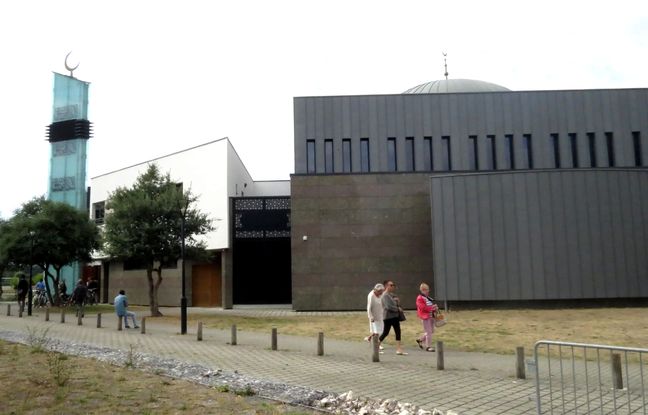 Pontarlier, Morteau and now Besançon. Two mosques in the capital of Doubs were tagged in the night from Friday to Saturday with crosses of Lorraine, a symbol of Gaullism and the Resistance hijacked to deliver an anti-Muslim message, according to those responsible for these places of worship.

“The Islamic Cultural Center of Franche-Comté (CCIFC) strongly condemns these acts whose sole purpose is to spread hatred and rejection of the other”, reacted in a statement Khalid Jarmouni, the president of the CCIFC who manages the mosque of Fontaine Ecu, where six crosses were drawn in red paint.

By diverting this symbol of the Resistance, the authors of the tags intend to demonstrate their desire to “liberate the territory of the Muslims”, he said. “This is to forget that France was also liberated by Muslims, and that this cross is also emblematic for French Muslims”, lamented Mr. Jarmouni, referring in particular to the cemetery of Saint-Claude in Besançon, we are buried ” nearly 1,000 Muslim soldiers’ died in action during World War II.

Tahar Belhadj, spokesperson for the Sunna mosque, also targeted by degradation, also condemned these “Islamophobic” acts. “These acts are a consequence of the (presidential) electoral campaign which attacks Islam,” he said. “It’s always like that on the eve of the presidential election, we use Islam as a scapegoat,” he said.

The two association leaders have expressed their intention to file a complaint. The Besançon prosecutor’s office announced that a preliminary investigation had been opened. A judicial police officer and a criminal investigation technician went to the scene in the morning.

On the morning of November 7, similar tags had been discovered on a mosque and two Turkish associations, in Pontarlier and Morteau.