Don’t call, send an audio: Millennials no longer talk on the phone because of stress 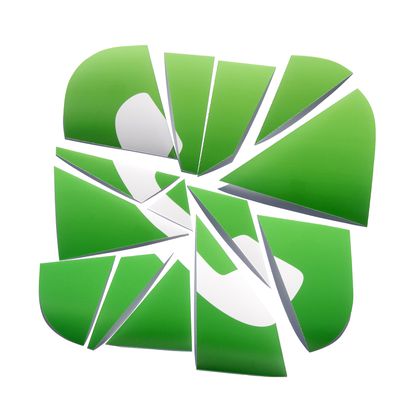 Every time a media outlet labels millennials as a “mute generation” due to the gradual abandonment of telephone calls in communications, journalist specialized in digital culture Janira Planes rolls her eyes. “If this generation is characterized by something, it is in never being silent. We communicate more than in any other period in history. One thing is not wanting to make a phone call, and the other is not to express oneself orally ”, points out the communication director of the start-up educational Wuolah. Planes recalls that although everything indicates that millennials are called less, audio is a tool more than integrated into communication platforms and social networks. Even to flirt. There is the case of Hinge, a dating application that since the end of October offers the possibility of sending audio notes in the private conversations of those who have previously connected in order, as the company explains, “to offer more authenticity and personality to their profiles ”.

If we have noticed something in the last decade, it is that the global allergy to phone calls has become a reality where instant messaging has won the game of personal communications. The study The digital society in Spain It has already revealed that in 2018 96.8% of Spaniards between 14 and 24 years old preferred WhatsApp as a channel to communicate with family and friends. Another investigation, carried out in 2018 by the mobile buying and selling company BankMyCell (responsible for that “dumb generation” label that has caused so much fuss in the digital conversation), details that seven out of ten millennials in the US avoid calls and that 81% are anxious to do or receive them. “The issue of calls or not wanting to answer is more related to the social anxiety that can generate interacting with someone without having met him before and without having him in front of him,” Planes says. Why is it increasingly distressing to call and talk in real time, face to face, with others?

Agony for synchrony in multitasking

Although there is still the desire to communicate, the will to space the conversations is triggered. “We are all doing a thousand things at the same time. Stopping, stopping everything to answer a call is becoming more and more complicated. We can send an audio while we wait in line at the supermarket and listen to your response when we have already loaded the purchase in the car. This flexibility is highly valued ”, points out Cristina Vela, a professor from the Department of Language at the Faculty of Communication at the University of Valladolid.

Without a clear protocol regarding how to use the audios when the receiver is not from the circle of personal trust – in professional environments there is an unwritten rule that advises always to use e-mail first as a less intrusive and respectful way of the receiver’s time-, If now we answer each other at the wrong time, with audios in which we control what we say, when we send it and when we hear the answer, it is because stress overrides the will to interact with others. This is defended by the recent study published at the end of October by the team of Doctor of Psychology and Dartmouth professor Meghan L. Meyer, who infiltrated, for two months, the microphones of the mobile phones of the subjects analyzed to relate the amount daily phone conversation with your stress levels. The results dovetailed with the findings of “stress-induced social avoidance” that they had previously tested in mice. If inducing stress in a rodent decreases its social interaction the next day, it was the same in humans and research participants: “Greater stress on one day predicted less social interaction the next day,” the research states. They took away, directly, the desire to talk on the phone with others.

Vela, who is also an analyst and researcher of digital discourse, regrets that this stress that now makes us prioritize asynchronous communication may reduce the horizontality of real-time chat (“audios offer more advantages to the sender than to the receiver”) and regrets that along the way of these clips of comings and goings as we please “miss the real conversation, the one in which we are mutually available, in which we cooperate with our interlocutor.”

Towards an unreal voice in the post-text era

In a society that has normalized the fragmented consumption of information, jumping from link to tweet, from news to meme and Instagram publication through repetitive and almost imperceptible movements, that is, when our walks digital and Internet consumption are less and less linear, it makes sense that our own voice is also fragmented and bet on that non-linearity, on that mismatch with which we operate on the Internet. Now that analysts speak of the “era of post-text” Due to the changes in information consumption derived from the accelerated integration of audio and video in our lives in the last decade – dynamics that have cornered the pure and simple text in digital consumption – it should not surprise us, either, that the acceleration of our voices for WhatsApp audios. The human voice, as we understood it, is also called to transform itself into this fragmented and post-textual consumption. It was recently analyzed by visual culture analyst Lauren Collee in the essay Real Talk (speaking clearly) in the magazine Real Life, where he explored why the voice is hidden or altered as we understand it in the videos of TikTok, the favorite social network of generation Z. Unlike the previous batch of video content creators that were popular on platforms such as Vine or Periscope, who did bet on speaking and let their followers hear their natural voice to convey empathy and warmth, on TikTok it is relatively common for them to influencers who move the market and with the largest number of followers, such as Charli d’Amelio (128.5 million followers), Addison Rae (85.6 million) or the new rising star Loren Gray (54.2 million), never talk to their human voice to their followers and opt, for the most part, for mime, for lip synchronization, moving their lips while dancing or for robotic sounds that mechanically read the texts that appear superimposed on the clips of that social network. In his text, Collee speculates that this vocal alteration is related to the idea that the voice is the mark of our human uniqueness vis-à-vis the digital world and that possibly that alteration of those referents “constitutes a small attempt to retain something of the ‘I pure ‘, or the soul, a nucleus’ uncorrupted’ by technological mediation ”. The human voice seen here as the last frontier of our intimacy, the last personal loophole in a world that demands to express ourselves and be seen without stopping. Also in that audio that will end up being accelerated in our last chat left in seen by WhatsApp.