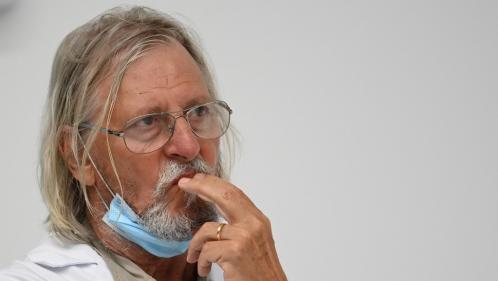 The list goes on. The media professor Didier Raoult and his University Hospital Institute (IHU) in infectious diseases of Marseille (Bouches-du-Rhône) are at the heart of several cases which agitate the scientific and medical community. Accusations serious enough for several health organizations to launch investigations, in order to lift the veil on the methods of Didier Raoult at the IHU. Suspicions of falsification, abusive invoicing, wild experiments … Franceinfo traces the latest accusations against Didier Raoult, professor retired since August, and against the IHU, of which he remains the director until June 2022.

Have PCR tests been biased in an IHU study? According to information from Mediapart (paid article), “several members” of the establishment headed by Didier Raoult “denounced the pressures exerted” by him, as well as “the falsification of scientific results”, in order to “demonstrate the effectiveness of hydroxychloroquine “against Covid-19. The members cited are “more than ten”, specifies the site, and they are “biologists, doctors, interns or assistants”.

Concretely, these researchers and caregivers denounce “the falsification of biological results allowing to conclude the beneficial effect of hydroxychloroquine by biasing the results of PCR tests in a study comparing IHU patients taking the treatment and CHU patients of Nice not taking it “. In detail, Didier Raoult and his team are accused of having taken different threshold values ​​between Nice and Marseille, which normally makes the test results incomparable.

In response to these accusations, Public Assistance-Hospitals of Marseille (APHM) requested an internal investigation Friday, November 19 “to confirm the veracity of the reported facts”. Neither the IHU nor Didier Raoult have so far wished to comment on this affair.

Breaches of the Code of Ethics

On November 5, Didier Raoult was summoned by the disciplinary chamber of the regional council of the Ordre des médecins de Nouvelle-Aquitaine, in Bordeaux, to examine several complaints filed against him. An outsourced audience to avoid any conflict of interest. No less than seven articles of the Code of medical ethics were violated by the Marseille infectious disease specialist in 2020, according to the Spilf (French-speaking society of infectious pathology), whose complaint was consulted by 20 Minutes.

Use of non-recommended drugs, rejection of other studies, personal promotion, but also “the unjustified risk” linked to hydroxychloroquine … Spilf’s complaint is substantiated especially as it accuses the Marseille professor of ” quackery “, or the fact of” offering patients or their entourage as beneficial or without danger a remedy or a process that is illusory or insufficiently tested “, according to the Code of medical ethics.

“He promoted a product of questionable effectiveness to the general public, and even more than that. We know it doesn’t work.”

The disciplinary chamber, made up of a magistrate and eight elected doctors, has not yet delivered its verdict. The sanctions can range from a simple warning to the removal of the Order of Physicians, which would prevent Didier Raoult from practicing. The decision was put under advisement on December 3.

On October 22, the APHM had already requested an internal investigation within the IHU, after another article, still from Mediapart, on supposed illegal “clinical trials” against tuberculosis carried out since 2017. In particular: serious complications in several patients who took part in these experiments using drugs not recommended by the World Health Organization.

Mediapart reports on precarious patients, often foreigners, who took part in the experiment. The National Agency for the Safety of Medicines (ANSM), which has never given its agreement and even expressed “reservations” on this research protocol in 2019, seized the Marseille prosecutor’s office on Tuesday, October 26.

Didier Raoult denies for the moment en bloc. “Let this be clear: there is no research on the treatment of tuberculosis within the infectious and tropical diseases pole of the APHM hosted by the IHU of Marseille”, he wrote on Twitter October 28. The Marseille prosecutor’s office must soon decide whether or not to open a preliminary investigation. If the offense is confirmed, it is punishable by one year’s imprisonment and a fine of 15,000 euros.

The publications of Didier Raoult and his team are the subject of intense debate within the scientific community. In July 2020, L’Express revealed that some IHU work violated the law governing experiments on human beingsincluding when studying children and vulnerable people, such as the homeless and students. Experiments which were sometimes carried out without authorization from the ANSM, and validated by an internal ethics committee, which has no official value.

In addition, some articles signed or co-signed by Didier Raoult would include manipulated images, according to Elisabeth Bik, a researcher specializing in the investigation of scientific errors, cited by Liberation. In reaction to these peer-to-peer comments, a complaint was filed against the investigator on behalf of Didier Raoult, Eric Chabrière (his right-hand man) and the IHU for “aggravated moral harassment”, “attempted blackmail “and” attempted extortion “.

Several thousand dollars for a handful of tests and the prescription of treatment. It is the unpleasant surprise that many patients received when they received their bill, after consultations at the IHU in spring 2020. “3,800 euros for three consultations, two electrocardiograms, three PCR tests and a blood test … It is not possible!” told one of them on France 2 in “L’Œil du 20 heures”, a year later. Very high amounts, justified by the establishment of a hospitalization package billed to 1,254 euros per day, or four to six times more than normal, according to a former Social Security controller interviewed by France 2.

These consultations brought in 6 million euros in 2020 to hospitals in Marseille, according to calculations by “L’Œil du 20 heures”. But above all, they allowed the IHU to test hydroxychloroquine on a large scale, something impossible if the patients are not considered hospitalized. Disturbing fact: in 2020, more than half of day hospitalizations for respiratory inflammation took place in Marseille, a “total statistical anomaly”, according to doctor Christian Lehmann, who revealed the case in Liberation.

COVID-19: Third night of riots in the Netherlands against sanitary restrictions

COVID-19: Third night of riots in the Netherlands against sanitary restrictions