The “All Blacks” brand, a business that has found its limits?

The All Blacks. Three magic words when talking about rugby. Their mere evocation is enough to make you feel things down your spine. Its legendary players like Lomu, Carter or McCaw, its humiliations inflicted on the four corners of the globe and its haka, New Zealand is undoubtedly the most famous team in the world. In the country, it even constitutes a real national heritage that should be managed as such. The Federation (NZRU) knows this and has been working on it for a long time, but now seems to be at a turning point.

The biggest culture in the world around a jersey

The NZRU began to capitalize on the All Blacks brand at the very end of the 1980s. Reluctant at first, it finally filed the name “All Blacks”, with its famous fern, in 1991. “This initiative is our first concrete measure aimed at to create a brand, recounted the boss of Kiwi rugby at the time Steve Tew in a paper
Echoes, in 2011. We have been vehemently protecting it ever since. “

The pride and unity of an entire people behind its national team transpires around every corner there. You can feel it as soon as you set foot there. “Rugby is the number 1 sport, it is played from school and everything leads to the All Blacks. It’s almost a religion, testifies Raphaël Lagarde, a French physical trainer who took care of the Hurricanes franchise for almost a year, between 2016 and 2017. I don’t know if they are fully aware of it, but it he is the team that in the world has created the biggest culture around its jersey. “ 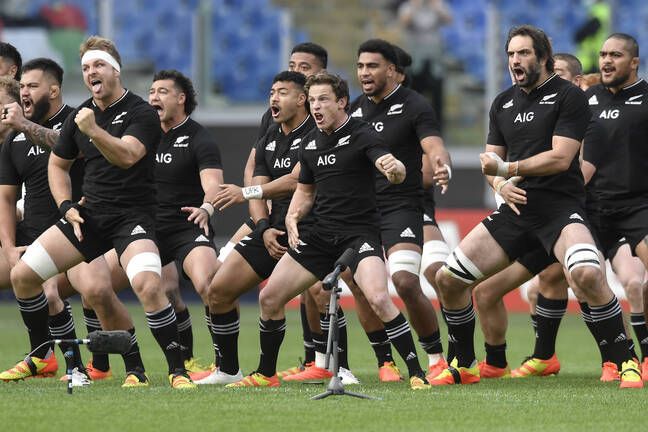 The haka, a cultural monument that contributes to the aura of the Blacks. – Insidefoto / Sipa USA / SIPA

Maybe not at first, but they quickly learned. The nascent professionalization of rugby in 1995 accelerated the movement. Jonah Lomu became a world star in the wake of the World Cup in South Africa, and made the Federation aware of the commercial potential of its exceptional athletes. She also realizes that her pyramid model where everything converges on the great national team needs more and more funding. Training and especially keeping the best players in the world under contract on your island, it pays. Dear. So you need income to match.

In 1997, an XXL contract of 20 million dollars was signed with Adidas, the second most important of the time in all sports behind Real Madrid. A feat for a team from a sport practiced by 15 countries around the world. New Zealand journalist Ian Borthwick, in the business for 35 years, rewinds:

It was from this moment that the Federation understood that it had at hand an incomparable resource, from which it was necessary to take the best advantage to finance rugby in the country. This is essential for a small country like ours to compete with the best teams in the world. “

This development continued exponentially in the following years. The NZRU has signed numerous contracts with foreign and local companies, increasing its annual revenues from 48 million euros in 2007 to 160 million ten years later, according to published balance sheets by the Federation. Partnerships are financial, of course, but not only. The New Zealand Herald had dedicated in 2013
an article at the “back office” of the Fed, and took the example of the local bank ASB, with which the agreement included the organization of seminars on innovation and team spirit.

Little by little, the NZRU, sometimes nicknamed “The Firm” (“The Firm” in French), has become an expert in commercial strategy. Mohed Altrad, who has just signed the coup of the year by becoming the new jersey sponsor of the Blacks from next January, is full of praise for his business acumen, still driven, he insists, with a great moral sense. “These are not cartoonish salespeople like I have encountered in my life, like” I have a product, I sell it to you and get the most out of it “, he explains to us. There is always this elegance of the soul, this humility, this simplicity. “

Beyond “the unique opportunity to join forces with the most beautiful brand in the world”, the businessman, boss of the Montpellier club, was seduced by the manners of the Kiwis. They know how to transmit what makes their essence. Altrad was dazzled, in particular, by his meeting with Sean Fitzpatrick during a breakfast in Barcelona. The former captain and world champion 1987 gave him a haka just for himself and his son. The billionaire, 25th fortune in France in 2020 according to Forbes, says:

He told me that we couldn’t start our discussion without, as a sign of respect. He stood up, his eyes were shining, his body was shaking, you saw a man who was not there to sell you something but who was living it fully. “

Mohed Altrad will display the name of the eponymous group on the shirts of all national teams, from the women’s selection to the under-20s. He succeeds the American insurer AIG, which had signed a contract worth 70 million euros over five years. The amount disbursed by Altrad for the next six years has not been filtered, but it would be of the same order according to the English media. “They will intervene with us, and they will also come to play in Montpellier. There will be skills exchanges, our coaches will go there, theirs will come here. This dimension means that there is no price for that ”, justifies the one which also appears on the tunics of the XV of France.

In any case, he is plunged into the heart of a sensitive subject. Because the arrival of AIG in 2012 had caused a stir in the country. It was only the second time in 107 years of history that the legendary jersey was offered to a sponsor, after the brewer Steinlager between 1996 and 1998. A marketing development far from unanimous in a population that considers its team of rugby like a treasure. 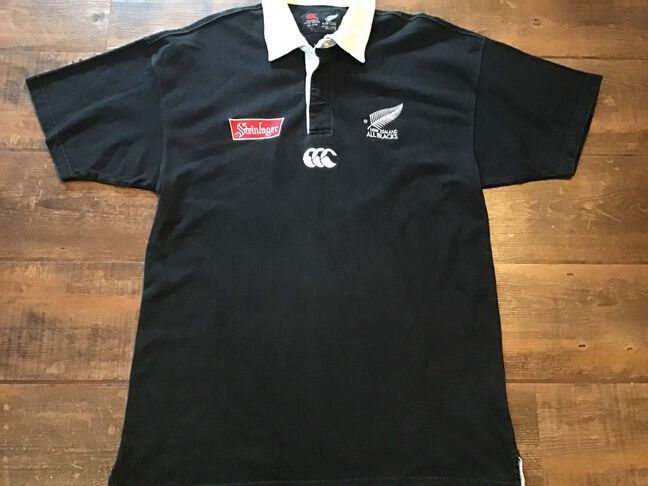 The last two projects to date of the NZRU are perhaps those too many. In July, it forged a “performance” partnership with Ineos, whose logo will appear on the back of team shorts and on the front of training shirts, for 4.7 million euros annually. Partnering in this way with the petrochemical giant has made many inhabitants of an island jump on the front line in the face of the dangers of global warming.

Even more explosive, the announcement made in April about the sale of 12.5% ​​of the commercial rights held by the NZRU to the American investment fund Silver Lake Partners, against a nice check for 240 million. The Californian company would also recover in the case the right to negotiate merchandising and distribution contracts around the world.

“An exciting and truly transformative opportunity that can benefit the whole of this sport for generations to come,” tried to sell the executive director of the Federation, Mark Robinson, faced with a drop in income because of the Covid (86 million euros in 2020, i.e. -46%). But New Zealanders saw nothing very exciting in it, only a dangerous predator who will sell his shares to the first comer after having wrung the product to the last drop.

The players’ union (NZRPA), which has a veto right, has declared itself fiercely opposed to the project. Its president David Kirk, whose voice carries as captain of the world champion team in 1987, fears a fatal decision in the long term in New Zealand rugby. “People feel that something that is precious to them has been soiled and treated like a commodity. Clearly, this alters a very emotional bond for them, ”he warned AFP in May. For the moment, the project is frozen. Its outcome will tell a lot about the intentions of the NZRU for years to come.

“New Zealand is at a crossroads,” observes Ian Borthwick. The search for money is a real subject. The Federation suffers losses, and it is difficult to stay at the top of world rugby in these conditions. At the same time, there is a treasure to protect. It should not be cashed in just any way. People are right to protest and to be careful. Dollars are good, but you have to keep your independence. You don’t do business without one day arriving at this dilemma.