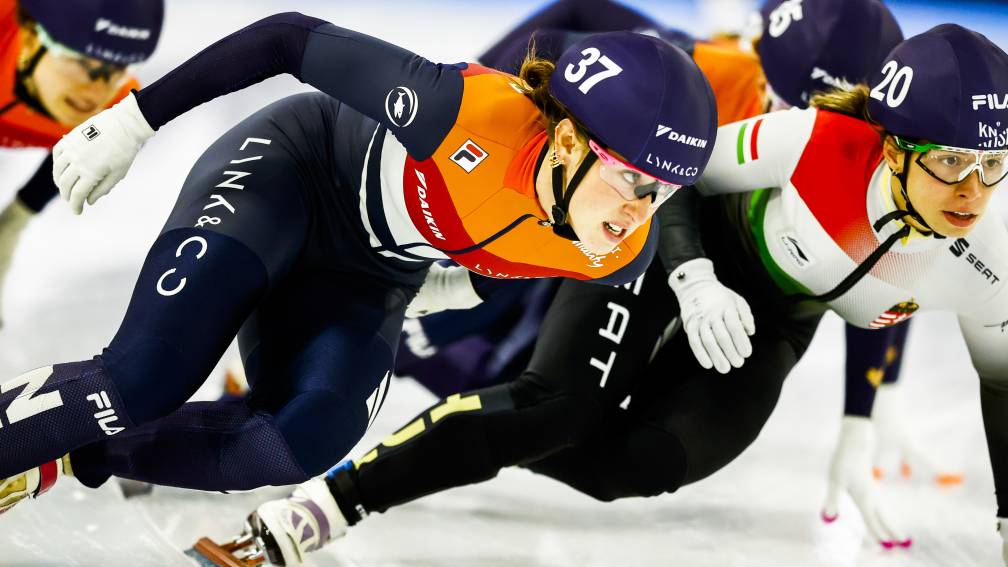 Suzanne Schulting has won an Olympic ticket in the 1,500 meters. She finished first at the World Cup competitions in Hungarian Debrecen, so that the Games in Beijing can no longer escape her notice.

The short track star took the lead halfway through the race and raced supremely to the finish. The silver went to South Korean Lee Yu-bin, Courtney Sarault from Canada came in third.

At the first World Cup in Beijing, Schulting won the 1,000 meters, but did not qualify for the 1,500 meters due to an unfortunate fall. At the second World Cup of the still early Olympic season, in Nagoya, Japan, Schulting was a class better than everyone else and she won the gold.

Due to the win in Debrecen, Schulting is already sure of an Olympic starting ticket in the 1,500 meters, on Sunday she can add a ticket for the 1,000 meters. A podium spot at that distance is sufficient for the 24-year-old.

Xandra Velzeboer and Selma Poutsma set the third and fourth time in their semi-finals, not enough to secure a place in the A-final of the 1500 meters. In the B-final Velzeboer finished in second place.

Schulting records second World Cup victory in a row at 1,500 meters in Debrecen

Schulting records second World Cup victory in a row at 1,500 meters in Debrecen