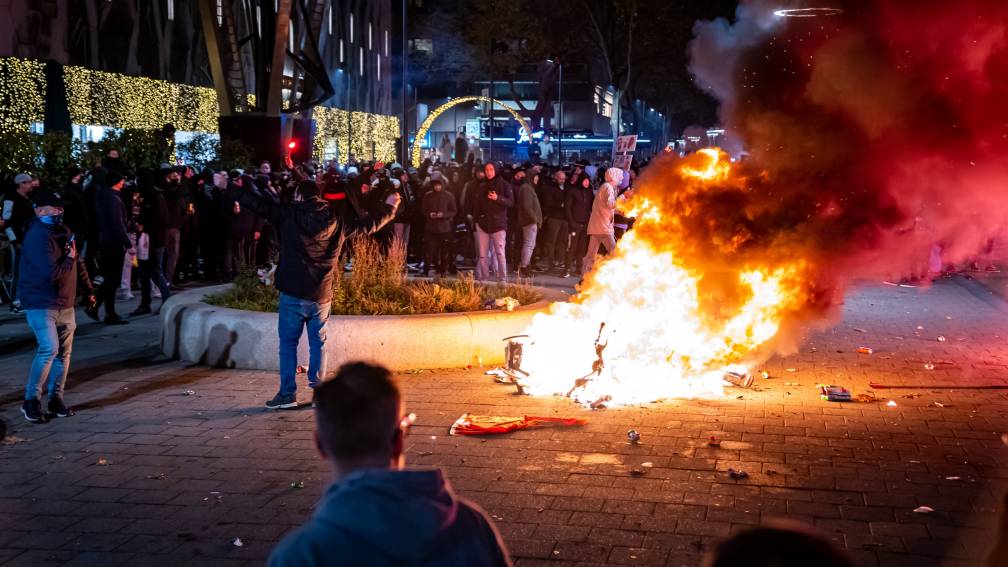 “It is likely that officers were cornered with heavy materials and had to defend themselves,” said police scientist Timmer. Research will have to prove this. There has been criticism on social media that officers have acted too harshly and used excessive force in certain cases. Aboutaleb said last night that the police acted well.

According to Timmer, the last time the police fired at people during riots was at Hoek van Holland in 2009. In those so-called beach riots, one was killed by police bullets. Police turned to violence when two plainclothes officers were cornered after being recognized by a group of hooligans at a beach party.

The police also fired live ammunition during the championship riots in the center of Rotterdam in 1999. Even then, the situation on the Coolsingel got completely out of hand. That happened after a party had broken out because Feyenoord had become national champion. “Then four people were hit by police bullets,” says Timmer.

Chief of police: we get the full layer

Chief of police Henk van Essen is concerned about the violence against officers, he says in an interview with The Telegraph. He sees the intolerance growing and the radical undercurrents expressing themselves more and more violently. “Nota bene we facilitate the demonstrations, but the colleagues do get the full blast. It is absurd that videos of agents appear on the internet, asking where they live.”

Post-Brexit fishing: how the issue of “fleet exits” ignited the debate

Post-Brexit fishing: how the issue of "fleet exits" ignited the debate