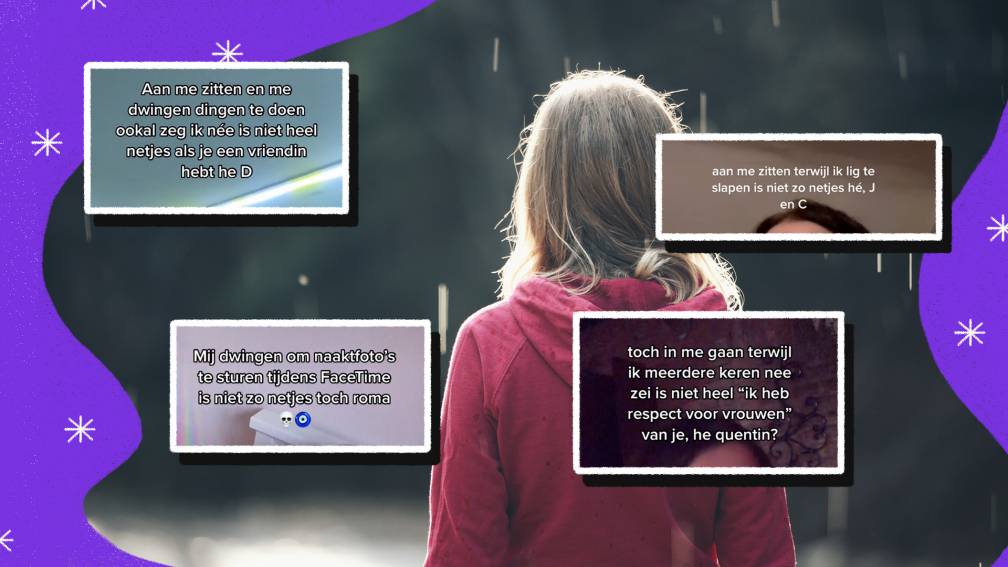 “The trend is similar to #metoo,” says social media specialist and TikTokker Marieke Kuypers. “That was mainly on Twitter and with a somewhat older generation. There are more young people on TikTok. It looks similar because people are also infected by each other. If you see a lot of such videos, you dare sooner.”

And some makers themselves also say that to NOS Stories. For example, 17-year-old Suzanne, who made a video about rape, says: “I have now made such a video to break the taboo because it is still quite difficult to get rid of your egg on social media without a lot of hate reactions. “

Eva, 16, who made a TikTok about sexual assault, also says she did this after seeing others do it: “I just think it’s very important that others are also quite aware that assault is pretty close.”

Health care psychologist Najla Edriouch, who is on social media gives psychological advice, also thinks that this certainly helps to discuss experiences of sexually transgressive behavior. She also sees parallels with MeToo. “It is still quite a taboo while it happens to many people. It is good that people can now find support from each other and people feel less alone as a result.”

However, according to Edriouch, this can also have a downside: “Victims can now offer other victims psychological help, and that can be worrisome.” That is indeed what is happening. “I’ve had a few messages like ‘yes I’ve been through the same thing, I don’t really know how to deal with it, can you help me?”, says Suzanne. “And how did you get the nerve to post such a video?”

Edriouch: “If people are not properly guided, this can lead to an increase in psychological complaints. It is better for young people to refer to professional bodies in their videos.”

Roy Heerkens of Victim Support is also concerned about this. “Sharing this kind of experience publicly on TikTok can be vulnerable because anyone can see and comment on it and the stories will remain online.”