Humans change the sky: the boundaries between the layers of the atmosphere are changing 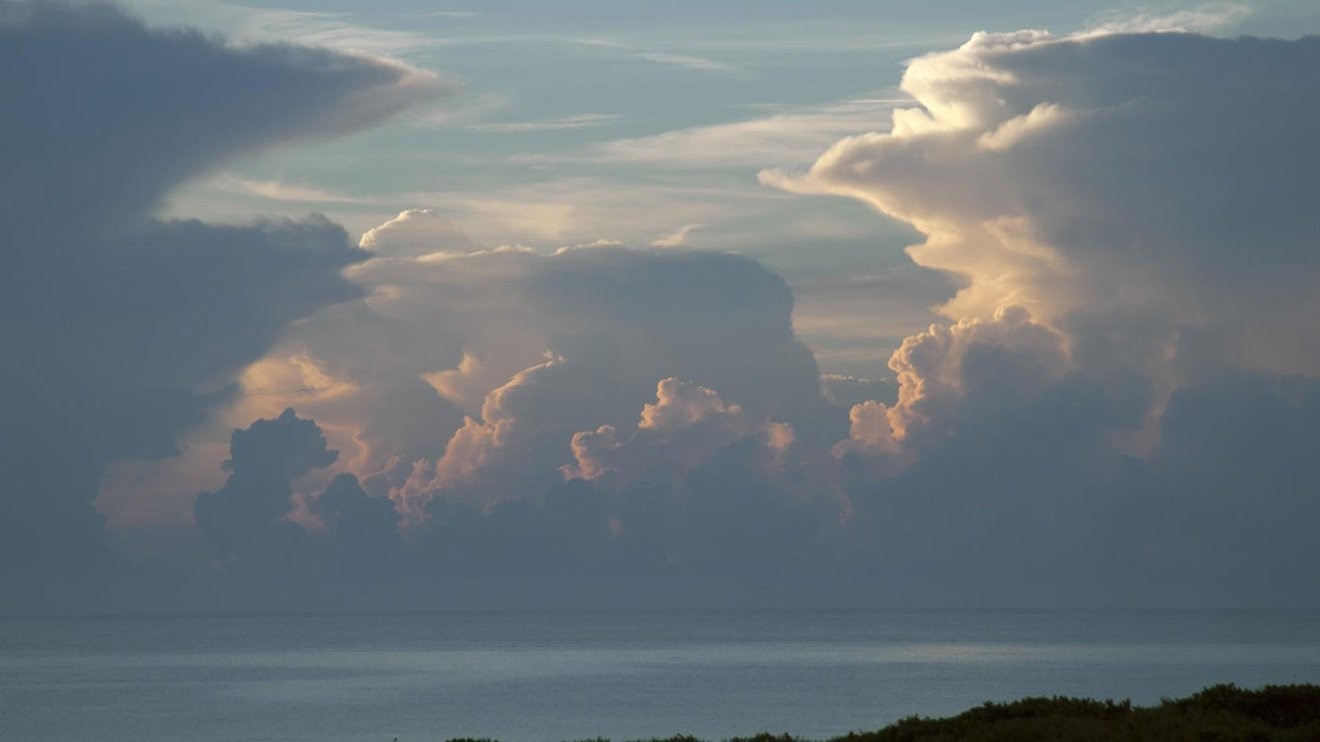 The sky is changing. For a few decades, the boundaries between the layers of the atmosphere have varied. The height of the two closest to the earth, the troposphere and the stratosphere, is being modified by greenhouse gases (GHG): while the first is expanding due to global warming, the second is shrinking due to parallel cooling. in the heights. So much change, experts believe, could affect the planetary atmospheric circulation, key to global climate.

The latest data on the structure of the atmosphere, recently published in the scientific journal Science Advances, confirm that the boundary between the troposphere and the stratosphere is rising in the northern hemisphere. The first, with a thickness of between 15 kilometers at the equator and 9 at the poles, is the lower layer of the atmosphere and where life develops on the planet. The second, about 50 kilometers high, is the layer above and, just because it includes the ozone layer, it is vital to protect everything below. The boundary between them is called the tropopause and it marks the line from which the temperature no longer falls with height, but increases. Although its location fluctuates according to the seasons of the year and latitude, it has been higher and higher since 1980, wherever you measure it from.

The tropopause has been rising between 80 and 50 meters per decade for 40 years, according to this new study. The range depends on the instruments used in the measurement. The data provided by GPS satellite networks encrypt the rise between 70 and 80 meters per decade. While, la red GAME, made up of two hundred radiosonde stations, several of them in Spain, lowers the ascent to a figure of around 50 meters. These radiosondes, which scientists trust the most, are basically mini meteorological stations that go up into the sky attached to a balloon and parachute when it bursts. In the meantime, they record basic data such as the real temperature at altitude.

“We are being able not only to change the climate in the troposphere, but also to modify the entire structure of the planet’s atmosphere”

Juan Antonio Añel, researcher at the EPhysLab, at the University of Vigo

The researcher at the University of Toronto (Canada) Jane Liu, co-author of the research, summarizes her results: “The temperature of the troposphere has increased between 1980 and 2020, especially since 2000, and the stratospheric temperature has decreased in the same period. , although the drop is less since 2000 ″. This results in the expansion of one layer and the contraction of the other and, consequently, “the height of the tropopause is rising,” Liu concludes.

The cause of this rise of the tropopause is in the greenhouse gases that are warming the planet and changing the climate. This impact is different according to the atmospheric layer. CO₂, methane and other GHGs, which are concentrated mainly in the troposphere, trap an increasing part of solar radiation. In addition to the increased radiation, when the tropospheric air heats up, it expands following the laws of thermodynamics. The result is elevation of the tropopause. And this is only half the story.

The scientist from the University of Vigo Juan Antonio Añel has been researching the tropopause since his time as a doctoral student. In an article in Environmental Research published in May showed that, at the same time that GHGs heat the troposphere, expanding it, those same gases cool the statrosphere, contracting it. This contraction causes the tropopause to rise even more. Since 1980, the stratosphere has shrunk by 400 meters and, following the current rate of emissions, its thickness will shrink by another 800 meters by 2080.

Pablo Zurita, from the Department of Earth Physics and Astrophysics of the Complutense University

The decrease is related to the cooling of the stratosphere caused, directly and indirectly, by the same gases that heat below. The explanation is twofold: on the one hand, the concentration of CO₂ in the troposphere causes it to trap radiation that, in its absence, would reach the stratosphere. Furthermore, the radiation released by the least amount of stratospheric GHG escapes into space as this is an optically thinner layer. “We are being able not only to change the climate in the troposphere, but also to modify the entire structure of the planet’s atmosphere,” says Añel.

In principle, whether the tropopause is higher or lower could have no consequences. Pablo Zurita, professor at the Department of Earth Physics and Astrophysics at the Complutense University of Madrid, recalls, however, that when this rise began to be discovered, at the beginning of the century, “it was considered one of the most robust indicators of climate change ”.

In the troposphere there is a greater mixing of the air, which helps to eliminate polluting substances, while in the stratosphere “there is hardly any air circulation, which is why it cost so much to reduce the CFC gases that damaged the ozone layer”, Zurita comments . This distribution of roles could be altered by changes in the tropopause. Another example, this current one due to the eruption on La Palma, is that “only the emissions from volcanic eruptions that reach the stratosphere have a global impact because in this layer the air takes longer to renew itself,” says Zurita. So any change in the boundaries between the two layers could have effects yet to be established.

Although there is still much to investigate, Añel points out its possible impact on air circulation on a planetary scale: “Air masses do not rise equally across the planet. In general, they rise from the tropics and descend over the poles, reaching the tropics again through the lower layer. Upsetting this can have unwanted effects, “he warns. Furthermore, the tropopause is a limit to convection, the boundary to which the clouds rise. All of this could “alter the global energy balance,” Añel completes.

There are still issues to clear. For example, is the rise of the tropopause a global phenomenon or is it limited to the Northern Hemisphere? Bill Randel is a principal investigator in atmospheric chemistry at the US National Center for Atmospheric Research (NCAR) and a senior author on Liu’s study. Remember that their conclusions are limited to the northern portion of the planet because that is where there is a reliable network of radiosondes. “We expanded the study using global GPS data, which began to be collected in 2002. They match well with radiosondes for the period where they overlap. In principle, we included the results of the global GPS, and they showed a lower elevation of the tropopause in the southern hemisphere ”, he explains. However, they had to remove these measurements from the final study because other phenomena could be interfering.

Above the stratosphere are the mesosphere, thermosphere, and exosphere, where the boundaries with space blur. Little is known what is happening to these other layers of the atmosphere, although it seems that at least the first two are shrinking, pulling the entire system down. As Randel says, “I guess the height of the stratopause [la parte superior de la estratosfera] it has been reduced, but I don’t think anyone has investigated it ”.