Four out of 10 deaths in road accidents are young

At dawn on October 17, three young people between 20 and 24 years of age died in a crash that occurred on López Mateos Avenue, near the Punto Sur square. They were hit by Yigal “N”, who was driving a speeding van, according to the expert reports.

According to witnesses, the person in charge was driving in the direction of Guadalajara when he lost control. This caused the median to jump in the other direction, hitting the vehicle in which the three young men were traveling head-on. Both units capsized and collided with a third car.

Yigal was linked to the process after being accused of the crimes of homicide and injuries due to gross negligence and damage to things.

Between January and November of this year (cut to the 15th), in Jalisco there have been 558 deaths due to road accidents, between crashes, rollovers and run over, according to data from the Forensic Medical Service (Semefo).

According to data from the National Institute of Public Health (INSP), Mexico ranks seventh in the world and third in the Latin American region in deaths from road accidents, which “constitute the leading cause of death in young people between five and 29 years of age. And the fifth among the general population ”.

At the end of 2020, the United Nations (UN) proclaims the Second Decade of Action for Road Safety 2021-2030, which aims to reduce deaths and injuries due to traffic, by at least 50% in that period.

“The Global Plan for the Second Decade of Action for Road Safety refuses to continue to operate as usual, which is why it calls on all governments and stakeholders to follow a new path that gives priority to an integrated approach to safety systems and put it into practice. Also that it directly places road safety as a decisive driver of sustainable development ”, highlights in the document, to which Mexico joined.

The risks and recommendations

Use the seat belt. In the event of a collision or violent braking, the seat belts restrain the driver and passengers. If not used, bodies can hit each other, against the interior of the vehicle, or be thrown out of the vehicle. Wearing a seat belt cuts the risk of death in a road accident by half.

Use Child Restraint Systems (CRS). For children to travel safely in a car, they must be restrained and use a special seat that, according to their age, size or weight, is adequate to keep it in place. The use of CRS reduces mortality in children from zero to four years by between 50% and 75%.

Control the speed. By increasing it there is less time to maneuver in the face of danger, increasing the possibility of losing control when braking or dodging. And in a curve, the centrifugal force will forcefully push the vehicle outward.

Wear the helmet in the case of motorcyclists. It reduces the movement of the brain, disperses the force over a larger surface and avoids direct contact of the skull and the object against which it collides. Its use reduces the risk and severity of head injuries by 72%.

Pedestrian safety. The most vulnerable user in accidents is the pedestrian. Running across the street, far from allowing you to quickly get away from the risk situation, compromises your attention, increases the risk of trips and falls. And uselessly exposes life. A run over at more than 50 kilometers per hour is fatal in most cases.

Avoid distractors. Listening to loud music, talking on a cell phone, sending messages, putting on makeup, eating, changing the radio station or talking, can be distracting that expose a driver to a traffic accident. 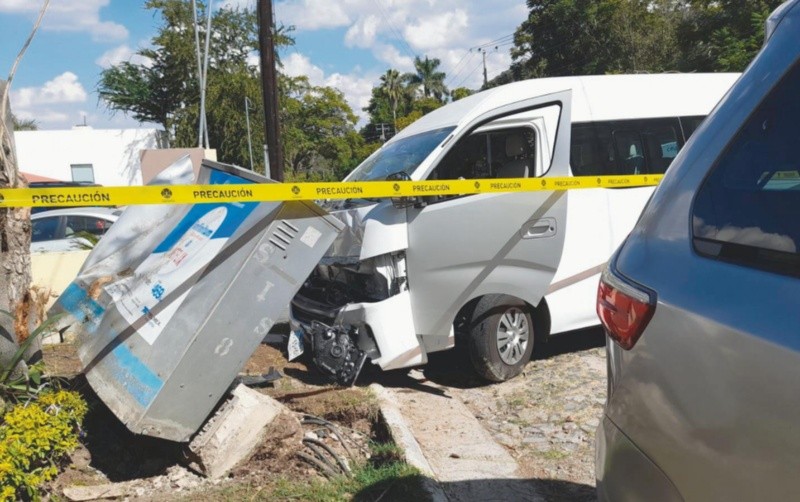 This vehicle yesterday collided with a telephone control box and a tree in the Las Cañadas neighborhood, in Zapopan, injuring the 10 people on board. SPECIAL

Last year, one million 086 thousand 743 deaths of all kinds were registered in the country, which were accounted for through the administrative records generated from the death certificates provided by the Civil Registry Offices, the Forensic Medical Services and the statistical notebooks. provided by the Public Ministry Agencies.

The foregoing, according to the Characteristics of Registered Deaths in Mexico during 2020, from the National Institute of Statistics and Geography (Inegi).

Of this total, nine out of 10 deaths were due to diseases and health-related problems (one million 004 thousand 083), presenting an increase of 3.6% compared to 2019.

The rest were due to external causes: accidents (32 thousand 356), homicides (36 thousand 773), suicides (seven thousand 896) and events of undetermined intention (five thousand 573), in addition to other external causes (62).

Of the deaths registered during the past year at the national level, there is a rate of 85 per 10,000 inhabitants. The Entity with the highest rate continues to be Mexico City, with 143, and the one with the lowest rate is Quintana Roo, with 58.

Jalisco has a rate of 77 per 10,000 inhabitants, below the national average.

The document clarifies that a higher rate of occurrence is observed in Mexico City, due to the concentration of public and private units that provide health services to the population.

Of the total deaths registered in 2020, the months in which the highest number of deaths occurred were in July, with 11.10%, and in December, with 10.17 percent.

The virus does not hit the road fines

Although during the past year less mobility was reported compared to previous years, due to the confinement due to the new coronavirus, this did not impact the collection for road violations and photo fines.

According to the Ministry of Public Finance of Jalisco, during Last year, 506.7 million pesos were captured for the two concepts, above the 468.1 million that entered in 2019.

“The notification came to me last week and the fine has been in place since May. And we only have two weeks to get a 50% discount ”, denounced Carlos Castro.

In the first seven months of this year they entered 350.3 million for road fines, of which 276.1 million are for photo infractions. They are the highest figures.

The drivers complain that the notifications are late and the authority responds that the delays are due to failures in the photomulte server.

The non-conformists also claim non-existent fines or for the sudden changes in the speed limits that there are in avenues like Patria. According to the signage, in some sections it marks 60 kilometers per hour, but in others 50. That causes confusion.

César Aguilar says that he received a notification of a photo ticket that he allegedly committed, but his car was broken down.

Last year 1.5 million photomults were documented, when in 2019 they were just over a million. 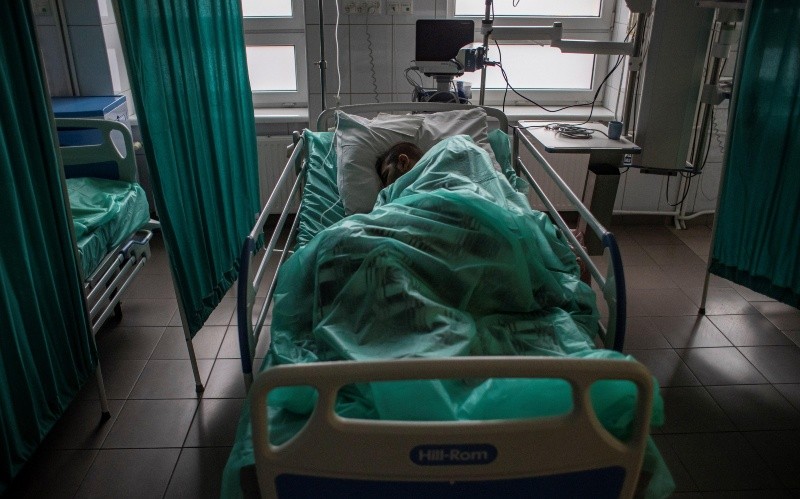 The second cause of death in Jalisco during the past year was COVID-19. EFE / M. Divisek

Contrary to what most of the population think, the home turns out not to be the safest place for people. Some recommendations to avoid accidents at home are:

Prevent children from playing in the kitchen. When they enter this they must be watching them. Unplug the iron as soon as you stop using it and avoid smoking in bed. Check before going to sleep that the stove is off. Store medications and chemicals under lock and key or on high shelves, as well as in their original containers. Avoid taking medications in front of children. If there is a heater (bóiler), it must be outside the house, never inside the bathroom. Never leave a baby feeding alone in its crib. That children do not run or scream while eating, or jump on the bed with pencils or objects in their mouths. Do not use pillows in the crib of babies because they can suffocate them. Avoid using electrical appliances in the bathroom. If you live in an apartment, protect the windows, balconies and stairs with security bars and doors. Remove electrical cords from walking areas.

Deaths from heart disease on the rise

During the past year, deaths from heart disease remained in first place in Jalisco. However, they presented an important rise, closing with 12 thousand 630 deaths from these causes, compared to the nine thousand 684 that occurred during 2019, according to data from the National Institute of Statistics and Geography (Inegi).

The second cause of death in the Entity during the past year was due to people infected by the new coronavirus, continuing diabetes mellitus, influenza and accidents.

According to the Pan American Health Organization (PAHO), cardiovascular disease is the leading cause of death worldwide.

“And it can be caused by multiple factors: from smoking to diabetes, through high blood pressure and obesity, air pollution or less common pathologies, such as Chagas disease or cardiac amyloidosis.”

Last September, the organization highlighted in a publication that, for the 520 million people living with cardiovascular disease worldwide, the COVID-19 pandemic has been overwhelming. “They have been at higher risk of developing complications if they got the virus. For this reason, many of them have been afraid to go to their routine medical appointments; even seek medical assistance in emergency situations. They have isolated themselves from their friends and family ”.

What do you think of the official accident prevention programs?