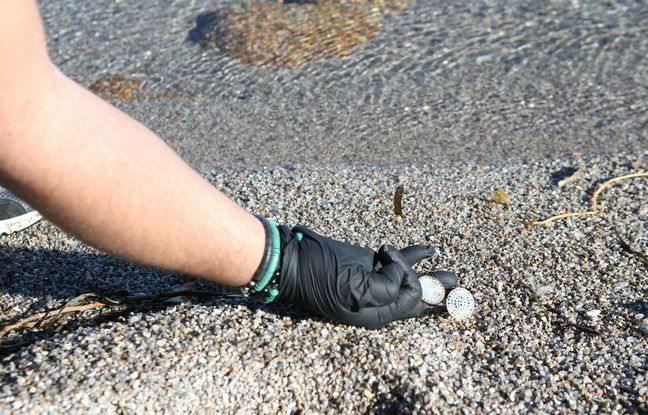 First of all, no, biomedias are not environmental journals, but small plastic discs that escape from wastewater treatment plants and end up washing up on the coasts. In total, some 100,000 of these biomedias or “filter media”, i.e. more than 50 kilos, were collected on eleven beaches in marine protected areas on the Isle of Beauty, in an operation coordinated Saturday morning by the office of the environment of Corsica (OEC) with the help of several associations.

For the president of the OEC, Guy Armanet, this morning clean-up aimed to “collect precise data to map and analyze the phenomenon” and “constitute an appropriate and efficient legal dossier” in order, in the future, to “anticipate and prevent this type of pollution ”. This “substantial and substantiated legal dossier” could “allow the OEC to lodge a complaint against the authors of this pollution”, added the association Global Earth Keeper, which also participated. “We would like that to stop”, insisted Guy Armanet, specifying that this waste comes from the sea, and therefore a priori from Italy.

A trial in Italy

These “biomedias” are “small circular plastic filters used since the early 2000s in many municipal or industrial wastewater treatment plants” such as fish farming or stationery, said the association. Mare Vivu, participating in this operation. “Their role is to serve as a support for microorganisms which, by agglutinating in them, make it possible to degrade organic matter more effectively during the phase of biological water treatment. “

According to its website, “several incidents” may have led to cases of pollution, in particular during heavy rains which “caused overflows in wastewater treatment plants, wastewater taking biomedia with it”. In February 2021, 40,000 biomedias had been collected on the beaches of the Lido de la Marana, south of Bastia, according to the association.

At the same time, the preliminary hearings for a trial for this type of plastic pollution at sea had started in Italy, in Salerno. Environmental protection associations had attacked officials of the municipality of Paestum and the company responsible for managing the municipal wastewater treatment plant, following the dumping in the Mediterranean of millions of these filters in February 2018. Hundreds of thousands of these plastic washers had washed up on the Italian beaches of Campania and as far as Tunisia and France, according to the Surfrider association.