The PRODU Industry Awards from PRODUAWARDS on Vimeo.

This Thursday, November 18, the fifth edition of the Produ Awards is held, which takes place in Cancun, Mexico, at 7:00 p.m. (Miami time) and can be seen via streaming. There will be winners in 17 categories, as well as special recognitions for leading executives in the audiovisual industry in Latin America.

With a completely innovative format, the awards did not have a traditional presenter, but were revealed using audiovisual tools and pre-recorded clips that presented all the nominees.

These awards are the only ones in the industry that seek to honor excellence in Latin and Spanish production and promote it around the world. The nominees and eventual winners are evaluated by a jury of more than 400 executives, producers, directors, distributors, creatives, programmers, consultants, managers, talents, marketers and the most prominent members of the audiovisual industry.

In a world transformed by the pandemic, this award is reaffirmed as the meeting place for the industry, where the most relevant companies and their leaders converge: it is the key means of networking for the industry in the region.

The category that started the ceremony was Best Microseries. The prize of led him The Kirlian frequency (Netflix / Flixxo, Tangram Cine) from Argentina, while Central Soccer (TUDN / TUDN) from the USA and Mexico did it as Best Sports Program: “This award is a recognition of teamwork and the search for perfection,” said the creators. 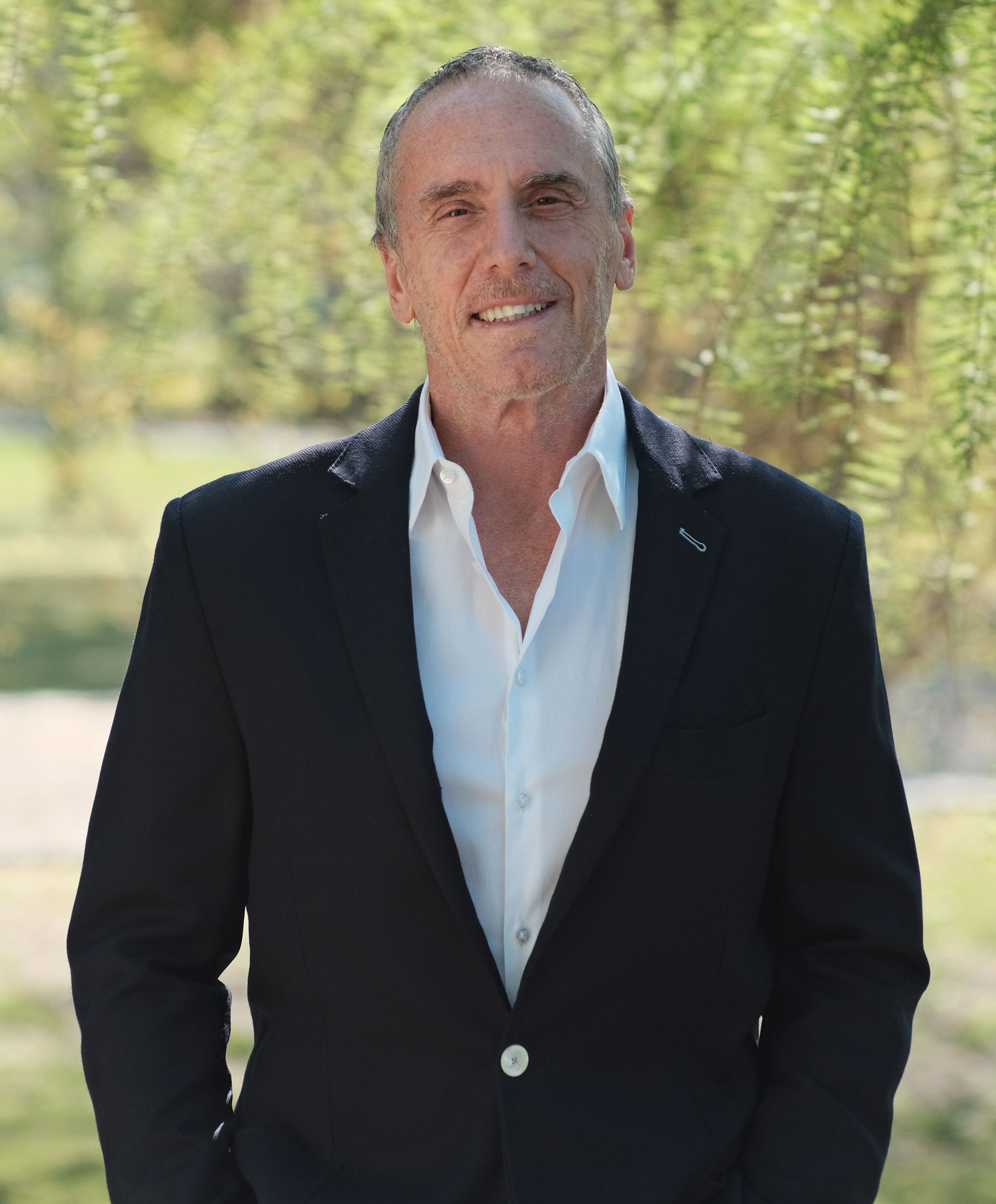 During the event, Premios Produ offered special recognitions to important and successful leaders of the Latin American television and entertainment industry.

“Perhaps the most important thing is not to believe it, to fall in love with the process and not to think about the destination. This recognition is a confirmation that what we do is going well. The reason for success is in personal values, passion, integrity, common sense. The rest can be learned. This vision, from the pandemic, is clearer than ever, said Diego Lerner, president of The Walt Disney Company Latin America, receiving recognition from Produ as Executive of the Year. Lerner was chosen for his constant reinvention and adaptation to changes in the industry.

As for Best Documentary Program, it was the turn of Brazil Blue (Nat Geo / Cristian Dimitrius Producoes, National Geographic) from Brazil; the one for Best Variety Program / Talk-Show took it I can explain (Nat Geo, Disney+/National Geographic, Moovie Content and Entertainment) from Brazil; y el de Mejor Theme Musical Program was for Get on my motorcycle (Amazon Prime Video, Wapa TV / Endemol Shine Boomdog, Piñolywood Studios, Somos Productions) from Mexico and Puerto Rico. 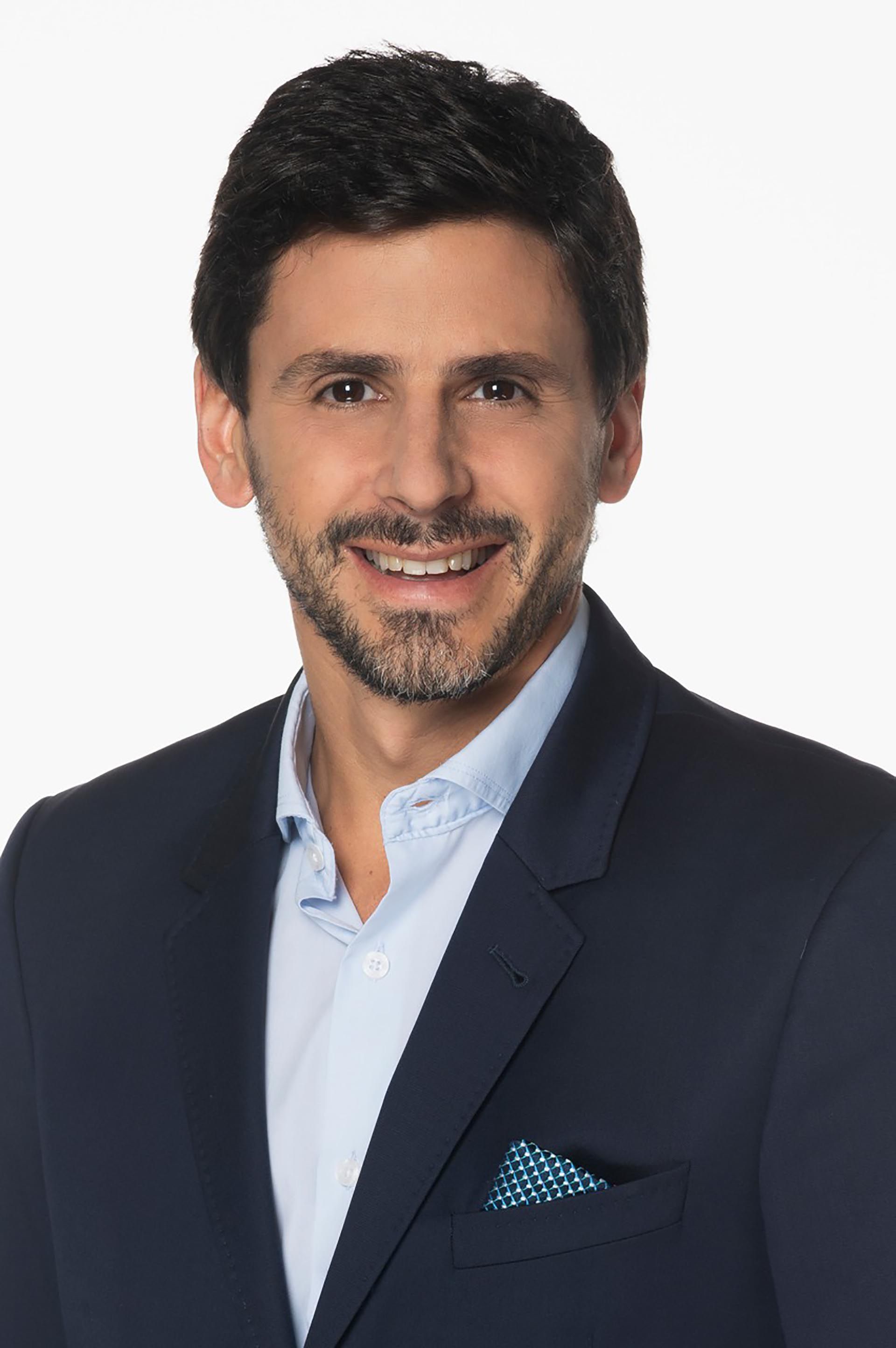 Darío Turovelzky, Managing Director and Senior VP of Global Content of ViacomCBS for the Southern Cone

Then it was the turn of Darío Turovelzky, general director and senior VP of Global Content of ViacomCBS for the Southern Cone, who won the award for Innovation in Content Management. “It is an enormous satisfaction because these recognitions are an encouragement and motivation that impel you to continue with a course that starts from a strategy that wants to go further. I am a true believer in teamwork. I came here for what I have done and for my teams. Leading indoors with passion to stimulate workers is what gives you the most satisfaction. We need more leaders to inspire in this industry. “

Turovelzky was chosen for being responsible for the consolidation of the ViacomCBS brand and platform ecosystem.

For its part, in the category of Best Creativity in Production COVID-19 took it Loli’s luck (Telemundo / Telemundo Global Studios) from the US and the Best Opening / Cabezote / Identity / Program Promotion went to Mother there are only two (Netflix / Diecinueve36) from Mexico.

Regarding Best Showrunner, the award was obtained by José Ignacio Valenzuela for Who Killed Sara? (Netflix / Perro Azul) from Mexico, while the Best Fiction Producer – Series, Superseries, Miniseries and Telenovela was Matías Mosteirín and Leticia Cristi for The kingdom (Netflix/K&S Films, Netflix) de Argentina.

Fidela Navarro, CEO of Dopamine, received special recognition for Innovation in Content Production. “I am very excited about this award. I thank you on behalf of a great team that I have. They lead me. This is an award for everyone. For four years we have been a production studio that always goes with something that shakes and moves ”. 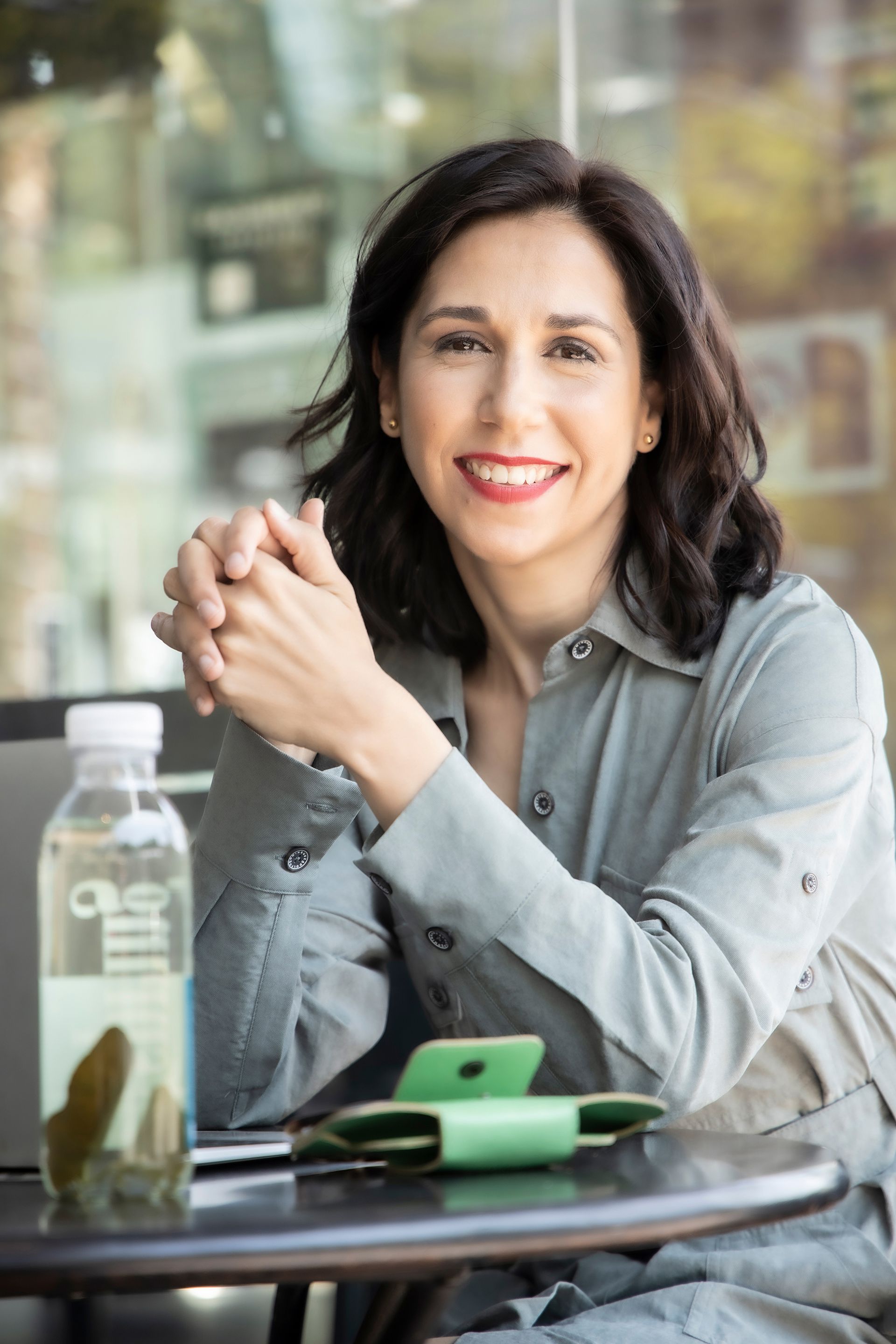 Navarro was honored for having managed to break through and transcend with innovative and highly successful content.

The category Best Presenter of a News Program / Newscast was won by José Díaz-Balart (Noticias Telemundo / Telemundo) from the US; Best Sports Program Presenter or Sports Commentator went to Adriana Monsalve (TUDN / TUDN) from the US and Mexico.

Luis Balaguer, CEO of LatinWe and partner of actress Sofía Vergara, was awarded as Executive Crossover, for being the main promoter of Latin talent in the US “This award I have to share with my colleagues and with the rest of the industry. It makes me very proud, I think the world is doing a crossover to our markets, in all areas, whether at the content level or at the music level. We are living the best moment in our history ”. 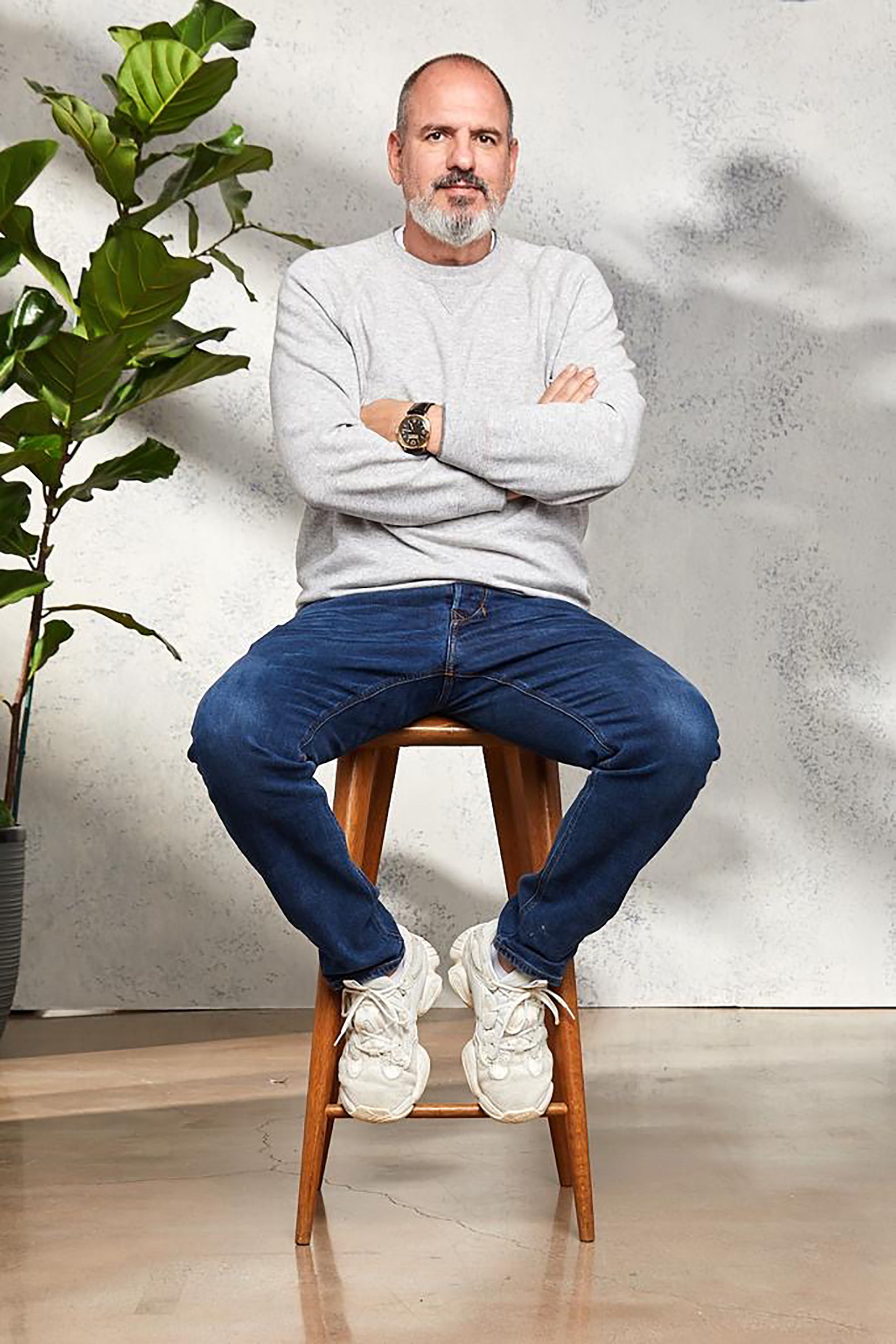 On the other hand, the second installment of the Produ 2021 Awards will take place on December 1 and 2 in a virtual Gala in co-production with TOAC, producers of Miami Fashion Week, along with Antonio Banderas.

The Produ Awards Gala will last 50 hours of live streaming in which 39 categories will be awarded. The conduction will be in charge of the supermodel Valeria Mazza, the journalist Boris Izaguirre and the famous television host Alan Tacher.

It was also announced that a one-hour special on TV will be broadcast on different channels in Latin America, the United States and Spain.

From today in the cinema: Dutch horror film ‘Moloch’ with Sallie Harmsen – Paudal