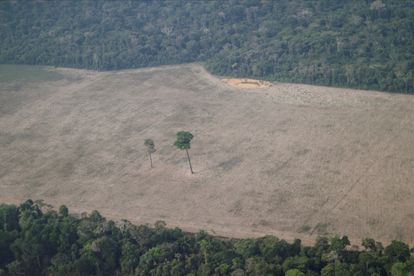 The Brazilian Amazon lost 13,235 square kilometers of trees in one year, according to the latest annual balance, released this Thursday with great secrecy by the Government of Jair Bolsonaro. The figure assumes that illegal deforestation between August 2020 and July 2021 increased by 22% compared to the previous period, when it totaled 10,851 square kilometers. It is the highest recorded in the last 15 years. This annual balance, prepared with satellite measurements by the National Institute for Space Research (INPE), is the most anticipated by all those involved in the protection and preservation of the largest tropical forest in the world because it is like an end-of-course exam . The measure of success or failure. It is also the yardstick by which the world measures the environmental performance of the country that is home to the bulk of the largest tropical forest in the world. This year, the note is a resounding suspense.

The significant increase registered by the Prodes system will contribute to aggravate the climate crisis in addition to being a diplomatic problem for the Brazilian president. The accelerated disappearance of vegetation in Amazonia poses a threat to the future of Brazil and the planet because, as the wooded area of ​​Amazonia decreases in size, the forest loses, in addition to biodiversity, the ability to refresh the planet and slow down the global warming. The Prodes system counts deforested areas of more than 6.25 hectares, which makes it the most accurate of those used by Brazil.

The balance has been known when the Government has posted on the web, without announcement or presentation, a note. The statement was dated not this Thursday but last October 27, therefore before the COP26 climate summit began in Glasgow. Environmental NGOs and scientists have accused the Executive and the Minister of the Environment, Joaquim Leite, of having withheld the information available to them during the negotiations in which Brazil pledged to completely eliminate deforestation by 2030. They also accuse the Brazilian authorities of having deceived the rest of the participants in the summit by presenting the results of another measurement, that of the Deter system alerts, which is less precise and yielded much more positive data.

The Climate Observatory, a Brazilian NGO, maintains that those 13,235 square kilometers illegally deforested in one year reveal “the triumph of Bolsonaro’s ecocidal project.” For Greenpeace, “the Government tried to wash its image in Glasgow knowing that it had broken a record in deforestation.” This organization has warned that the fence on Brazil is tightening because, for example, the European Commission proposed this Wednesday to prevent the entry into the EU markets of soybeans, cocoa, coffee, palm oil, meat of beef, wood and its derivatives if they come from deforested areas.

Illegal logging has been on the rise since 2017 after the sharp decline in the early 2000s, but since the far-right and science denier came to power in 2019, the growth in cleared area has accelerated, driven by several factors. Its policy on environmental matters has consisted of weakening surveillance – there are fewer and fewer environmental inspectors in the Amazon – in addition to giving wings to those who exploit the jungle by circumventing the laws. He dismissed veteran environmentalists from their posts to replace them with military police officers in charge of the agencies responsible for the protection of the environment, indigenous peoples and biodiversity.

The president has kept his promises not to demarcate one more centimeter of ecological reserves or indigenous lands, and Congress is working on a bill to legalize mining on lands that are now legally untouchable for commercial exploitation.

The imposition of fines for crimes against the environment has plummeted in recent years. The measures that the Government has been adopting, under pressure from other countries, investors and NGOs, have not reduced illegal deforestation or greatly improved its image abroad. Brazil has gone from exemplary student to environmental villain in just a few years. The deployment of thousands of soldiers was expensive and ineffective in curbing the increase in deforestation as the balance indicates.

The Environment Minister maintains that the numbers released this Thursday “do not reflect the government’s actions in recent months” with the deployment, for example, of hundreds of members of the National Guard. The Bolsonaro Government insists on proclaiming that it will not tolerate illegalities in the Amazon, but the truth is that it is enough to go there to witness the speed at which deforestation, the occupation of land with cattle, the invasions of illegal miners on indigenous lands are advancing. , and so on.

Security in Jalisco: For homicide and robbery, a year later, five Guadalajara police officers are arrested

Christelle Morançais wants the Nantes Révoltée collective to be dissolved

What to remember to enjoy this 28th edition