This morning, a young alcoholic starred in a traffic accident in the city of Mar del Plata that could have ended with a fatal outcome: driving recklessly, he lost control of his vehicle and collided with a flowerbed and a light pole. The event was recorded in a shocking video filmed by one of the companions.

In the images, the motorist looks disheveled. With his foot pressing hard on the accelerator of his gray Volkswagen Fox, he drives with laughter and at times crossing lanes. “Look, on the contrary, we kill each other!”, He is heard shouting. Meanwhile, another man who travels by his side and films the sequence, notices the risk of the maneuver and asks him to stop. But the driver redoubled the bet: “If we kill ourselves, we kill ourselves, dog.”

The tour at full speed culminated at the intersection of Aristóbulo del Valle and the Costa, in the Cabo Corrientes beach area. There is a curve there and the motorist lost control of his car. Video of the event continues a few seconds after impact. “We kill each other, friend,” says the passenger to the driver, who replicates his words and, while kicking the air, a long expression of regret and concern: “No mom, no!”. 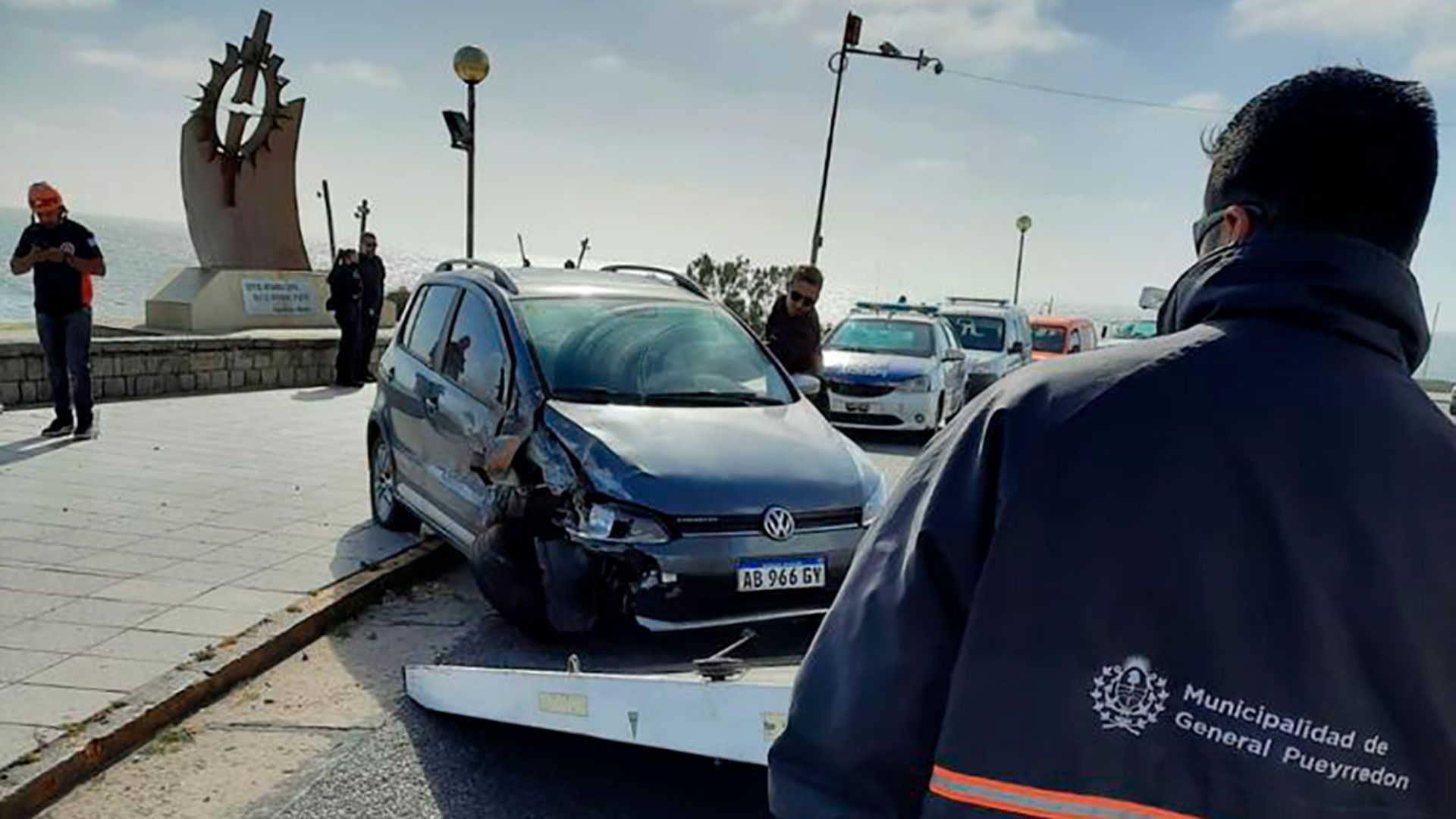 This is how the offender’s car was

The shot hit a plant and a column of lighting and security cameras. “They broke a lighting pole and part of the sidewalk. They left without light the Mirador del Cabo, an events room opposite. A file was started, ”sources from the municipality told Infobae.

The call to 911 alerting what happened entered at 6.15. A patrolman from the Ninth Police Station approached the scene a few minutes later, but found no one to claim possession of the car: the driver had left, abandoning his vehicle. However, after a while he returned and was identified: he is IA, a 25-year-old young man from the Buenos Aires town of Berazategui, an employee of a beverage distributor.

When he appeared before the police, the young man was injured in the mouth, an injury would have been caused by the explosion of the airbag in the steering wheel. Traffic officers carried out a breathalyzer test, which showed 1.03 grams of alcohol per liter of blood, that is, more than double what is allowed.

The breathalyzer test showed 1.03 grams of alcohol per liter of blood

Prosecutor Rodolfo Moure, of the UFI No. 11 of Guilty Crimes of the Maltese judicial department intervened in the case. Moure ordered that proceedings be filed for infringement of article 193 bis of the Penal Code. He also ordered the hijacking of the Volkswagen Fox, which did not register infractions until today. The car was transferred to the property located in Tres Arroyos and Garay.

Article 193 bis establishes that “the driver who creates a situation of danger to life or physical integrity of persons will be punished with imprisonment from six months to three years and special disqualification from driving for twice the time of the sentence, by participating in a speed or skill test with a motor vehicle, carried out without the proper authorization of the competent authority ”.

The prosecution also provided information to the provincial transportation entity in order to disable the defendant’s driver’s license.

For their part, the local Municipality reported that they made the corresponding requests to remove the offender’s license. In addition, they reported that the 25-year-old will have to pay the expenses for the repair of the infrastructure that he destroyed.

This was announced by the Undersecretary of Urban Mobility of General Pueyrredón, Dante Galván. “The mayor Guillermo Montenegro asked us to withdraw his license immediately, as is usual in this type of case, and to pay the costs for the damage caused,” he said.

And he explained that if the license outside his jurisdiction was withdrawn at the time with a simple administrative act, but “as it is from Berazategui, that Municipality has already been asked to withdraw it.” The official added that they made arrangements with the National Road Safety Agency to take the same measure.

Similarly, the head of Urban Mobility added: “From the Municipality we also initiate the corresponding procedures and demands so that this person takes charge of the costs for repairing the damage caused to the infrastructure, which belongs to all Mar del Plata residents. ”.

He made dangerous maneuvers with his car and published them on social networks: they ask that his registration be revoked

“We’re going to die of something”: four men filmed themselves running a dive aboard two Ferraris in Nordelta

Video: they were filmed running a bite on General Paz avenue and collided