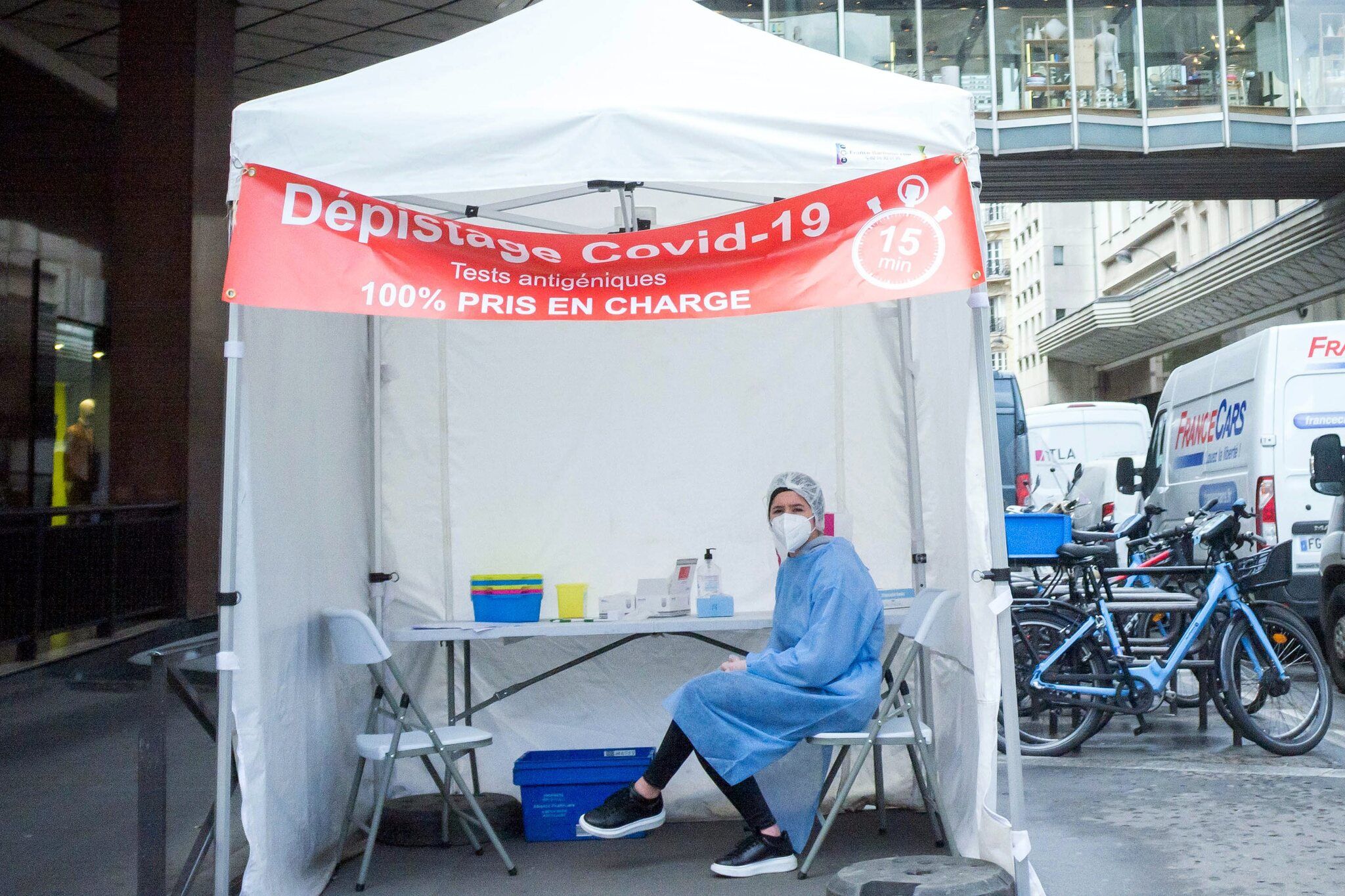 It was a probability, it is now a reality: France is experiencing its fifth wave of Covid. More than 20,000 new cases are now recorded every day, as many as last August. The rise in hospitalizations also continues. According to Public Health France, 87 people are admitted daily to critical care, or 11% more than last week.

In an “urgent” addressed on November 17 to all nursing staff – the 120th since the start of the crisis! -, the Directorate General for Health insists once again “on the need to immediately engage all levers to keep open services in critical situations, especially emergencies”.

→ READ. Covid-19: the containment of the unvaccinated is “not necessary in France”, believes Emmanuel Macron

Eighteen months after the start of the health crisis, the Covid continues to dictate its law. This finding is all the more discouraging as a large part of the French (76%) are vaccinated. “There is a huge gap between the expectations of the population and the observed virtues of the vaccine”, underlines Jocelyn Raude, lecturer in health psychology at the School of Advanced Studies in Public Health (EHESP).

Particularly in people who, although fully vaccinated, test positive. “For them, this new wave is experienced as a form of regression,” analyzes the health psychologist.

Thanks to vaccination, no saturation of hospitals

If the situation looks like deja vu, it is “in no way comparable” to that of November 2020, tempers Philippe Amouyel. “Remember curfews, confinements, deaths in nursing homes, we are very far from all of this”, remarks the professor of public health at the Lille University Hospital, for whom a major change took place last summer , during the previous wave.

→ EXPLANATION. Fifth wave of Covid: the government does not plan to strengthen teleworking

“For the first time, the epidemic outbreak did not lead to saturation of hospitals. And that is thanks to vaccination. Of course, vaccines lose their effectiveness over time; Admittedly, they do not prevent, in very rare cases, catching the virus and transmitting it, but they are extremely effective against the serious forms ”, underlines it.

For this doctor, we should not be discouraged. And actively pursue the recall campaign, as well as the vaccination of over 80s, 13% of whom have not yet received any dose (500,000 people). “With a variant as contagious as the delta, it takes 90% of people vaccinated to achieve collective immunity” and thus see the Covid become an equivalent of the flu. Without disappearing for all that.

“The problem is that the authorities have never clearly explained the objective of vaccination,” said Michèle Legeas, teacher at the School of Advanced Studies in Public Health. Is it a question of no longer having any cases, or of no longer having serious cases? To avoid the saturation of hospitals or to no longer have hospitalized people at all? Due to a lack of clear communication, people thought that the arrival of vaccines was synonymous with a return to normal life. However, we know that the messenger RNA technology used for vaccines against Covid does not have the same effectiveness against its spread as conventional technologies. “

If this specialist in health risk management understands and shares the weariness of the French, she insists on the need to reconnect with barrier gestures “a little forgotten”. “You have to continue to wear the mask indoors and wash your hands, even when you are vaccinated,” confirms Philippe Amouyel. We tend to believe that the health pass, which can be obtained with a test, is a vaccination pass.This pushes some prefects to simply advise the wearing of the mask to its holders when they find themselves in closed places, which is ideal for contamination. “

To hold still, therefore. But until when ? While other subjects are essential in the news, in particular the presidential election, the French aspire to turn the page. In October, they were 67% to estimate that we “still spoke too much about the Covid”, according to the 2021 barometer of the territories of the Montaigne Institute. Rather inclined to comply with health restrictions since March 2020, their adherence to government measures is withering over the waves that follow one another. “Each time the cases and hospitalizations go up, the population recovers, in particular on the barrier gestures. But the pandemic has resulted in heavy fatigue which hinders remobilization, ”analyzes Jocelyn Raude.

Will the French continue to comply with the imposed rules? The question arises in particular for young people and students. These have indeed been very constrained or even weakened by the measures taken in previous waves. They are fully vaccinated for more than 87% of them, while they are less exposed to the risks of serious forms and could therefore experience the return of new restrictions as an injustice.

A “permanence of uncertainty”

Except that it could well be that, living with the Covid. Constantly juggling between periods of freedom during the lull and restrictions during the reshoots. “We have entered a permanent state of uncertainty, where it is more and more difficult to envisage an exit from the crisis, hampered in an eternal present which does not evolve”, formulates the anthropologist Michel Agier. According to him, the fear of the disease, very strong at the start of the crisis, has turned into a frank pessimism vis-à-vis the time. “It has weakened many people and made the most vulnerable. “And undoubtedly affected their mental health as the CoviPrev surveys of Public Health France regularly show.

More broadly, the crisis has fueled a climate of mistrust and tension between the French, divided on health policy. “7 out of 10 French people consider that we cannot discuss calmly if at all in France, reports Sophie Conrad, head of the public policy pole at the Montaigne Institute. They observe it in the media but also among themselves. The question of the vaccine and the pass remains very sensitive, including within families.

At the risk of withdrawing into oneself. “In the name of health security, we have tended to cut ourselves off from everything,” analyzes Michel Agier. The link between immunity and security has grown increasingly close as the crisis unfolds. By symbolically associating the protection of our bodies with that of our families and our territories, we come to reject everything that is foreign. “An observation that he transforms into a call:” It is perhaps the moment to develop utopias and common imaginaries to end up making them exist for good. “

20,294 new cases of contamination were recorded in France on Wednesday November 17. That is an increase of more than 50% in three days.

7,663 people are currently hospitalized because of Covid-19, including 1,300 in intensive care (which corresponds to 25% of occupancy of available beds). There is an average of 391 hospital admissions each day, a 22% increase from last week.

Also on the rise, the number of daily hospital deaths is about 50 people.

74.9% of the eligible population received all required vaccine doses and 6.6% received an additional booster dose.

23.1% remain to be vaccinated of the French before reaching a vaccination rate of 100%. Among them, 13% of those over 80 have not received any dose.

“Chinese citizen journalist who reported from Wuhan is in mortal danger”

Donations to associations on the rise during the Covid-19 epidemic

Presidential: in Aubervilliers, Anne Hidalgo is determined to continue her campaign

Does your child have a negative self-image? ‘A lot of arguing at home can play a role’

Donations to associations on the rise during the Covid-19 epidemic