CIDE: They protest against actions of interim director

Students, professors and researchers from the Center for Economic Research and Teaching (CIDE) went out to to protest in Mexico City, against its acting director, Jose Antonio Romero Tellaeche, after the dismissal of personnel from the institution.

Romero Tellaeche dismissed Catherine Andrews of the Academic Secretary for refusing to suspend the Academic Judging Commissions (CADIs), and of Alejandro Madrazo Lajous, who was removed last October as director of the CIDE in the central Aguascalientes headquarters region due to “loss of confidence.”

With slogans such as “a dictator will not be my dictator”, “I defend CIDE, do not politicize us”, “More science, less obedience” and “Conacyt realize the CIDE is at the door”, the community of that public center of The investigation took place outside the building of the National Council of Science and Technology (Conacyt), which is located in Insurgentes Sur 1582. 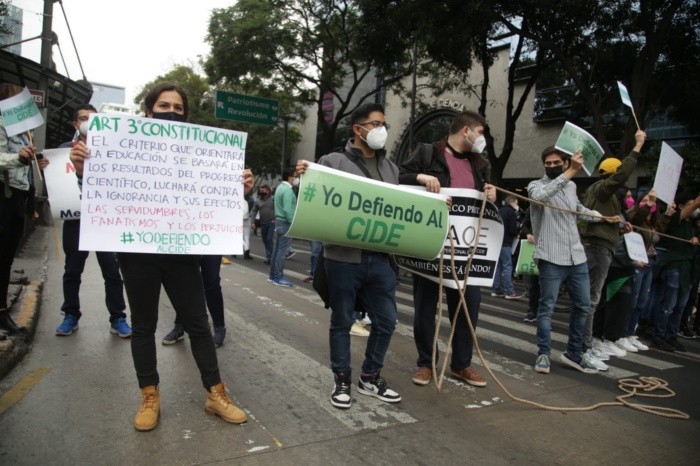 Since 10 am this morning, more than 50 students and researchers arrived at the Conacyt facilities, Insurgentes Sur closed direction center and blocked the entrance of the Council, headed by María Elena Álvarez-Buylla, who appointed Romero Tellaeche as interim director since the beginning of August, after the resignation of Sergio López Ayllón.