Chile: evangelicals, new players at the heart of the presidential election 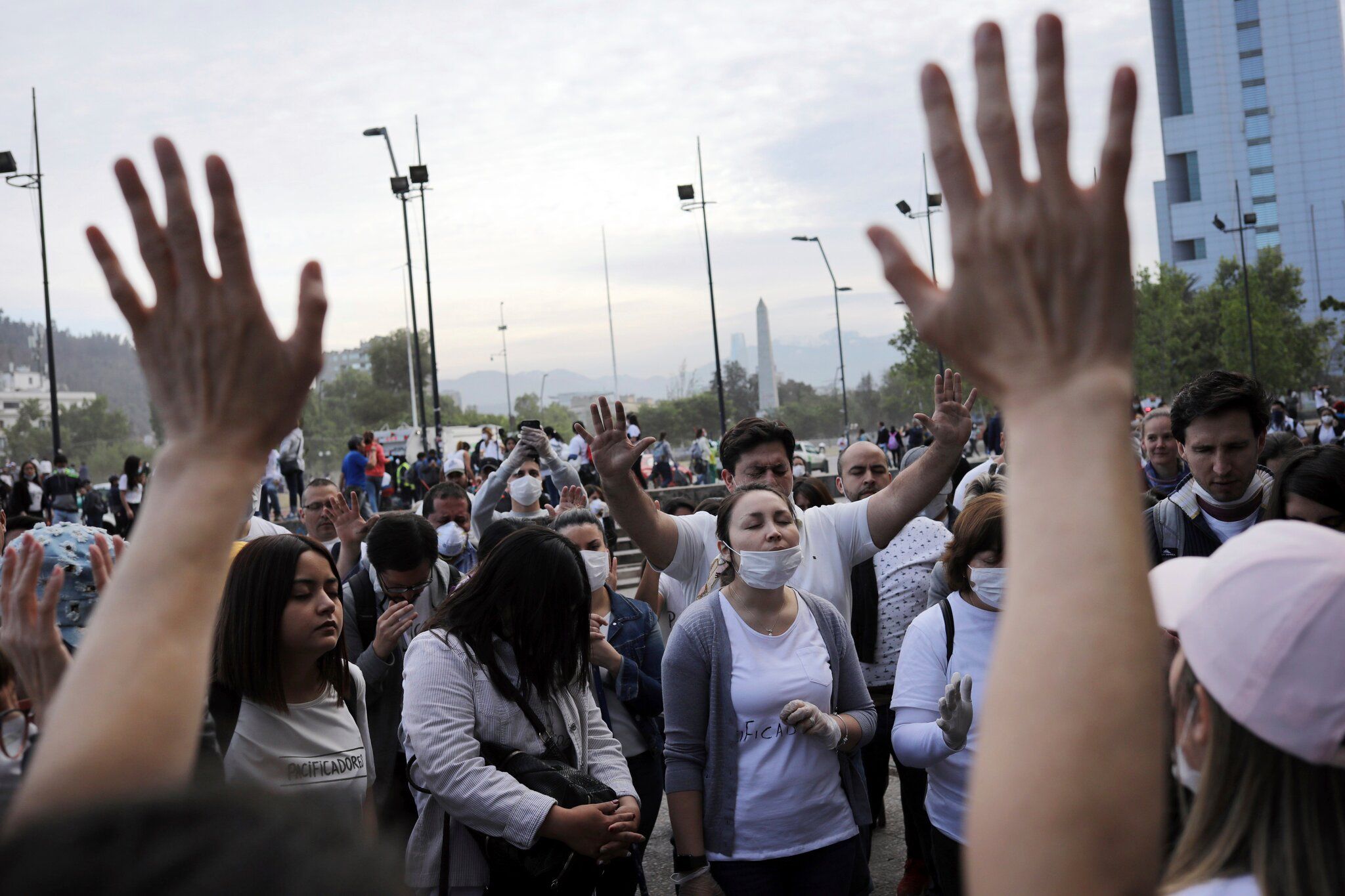 Thursday evening, November 18, José Antonio Kast had made an appointment with his supporters in a park in Santiago, Chile, for his last campaign meeting before the election on Sunday. In the crowd, many flags bearing the name of the presidential candidate, a few Donald Trump hats. But also white banners of the Christian Conservative Party (CCP), an evangelical formation created in 2020 and an ally of the far-right contender.

If the candidate for order and security – which the polls are already announcing in the second round – is Catholic, he has clearly bet on the “evangelical vote” to get his campaign off the ground. “It is extremely important for him, analyzes Luis Andrés Bahamondes, expert on religious questions and researcher at the University of Chile. He relies on evangelicals to win the presidency. There is his alliance with the CCP, but also his very significant presence at the evangelical Te Deum. “

Since Chile’s independence in the 19th century, a Te Deum of thanksgiving, now ecumenical, has been celebrated every year on September 18, the national holiday. Since the Pinochet years, it has been accompanied by an evangelical Te Deum. “After the coup d’état of September 11, 1973, relations became strained between the Catholic Church and the new government,” explains Luis Andrés Bahamondes. Augusto Pinochet turned to the Evangelical Churches, then very marginal and eager for recognition, to organize a Te Deum. “

The dictator won his case, and the first evangelical Te Deum took place in 1975. The last one was held two months ago at the International Christian Center (CCINT), a white building that looks no different in a industrial district on the outskirts of Santiago. Until 2016, these premises housed the offices of the German pharmaceutical company Bayer, before being bought by Pastor Billy Bunster, founder of CCINT.

Even though the Chilean state is secular, the president and ministers attend this thanksgiving ceremony. This year, the presidential candidates were also invited, but only one went to CCINT: José Antonio Kast. “He is not part of our Church, but he shares many of our values,” rejoices Raul, a staunch supporter of CCINT. He defends the family, he defends the freedom of parents to educate their children as they see fit, not as the teachers want. “

According to the latest survey conducted in 2019 by the Pontifical Catholic University of Chile, 18% of Chileans are evangelicals, against 14% fifteen years earlier. This is less than in Brazil (about 30% of the population), where these Churches played a key role in the election of Jair Bolsonaro, but this electorate can make the difference if it comes down to a man. In any case, this is the bet of José Antonio Kast, who also agreed with the PCC to present together 30 evangelical candidates in the legislative elections, which also take place this Sunday. Today there are only three evangelical deputies in Congress (out of 155 seats).

“But our assertion on the political scene is not only a question of figures and percentage,” explains Luciano Silva, 50, evangelical member of the Constituent Assembly elected in May to write a new Constitution. It is also a matter of generation. We are on the third, the one that is better formed and believes that our Churches can provide solutions to the problems of our country. My grandfather was a pastor, he was a worker; my father was a pastor, like me. But I am also a graduate of the University. And I am a member of the Constituent Assembly. My grandfather could never have imagined that. “