Austria will confine the population from Monday and announce mandatory vaccination 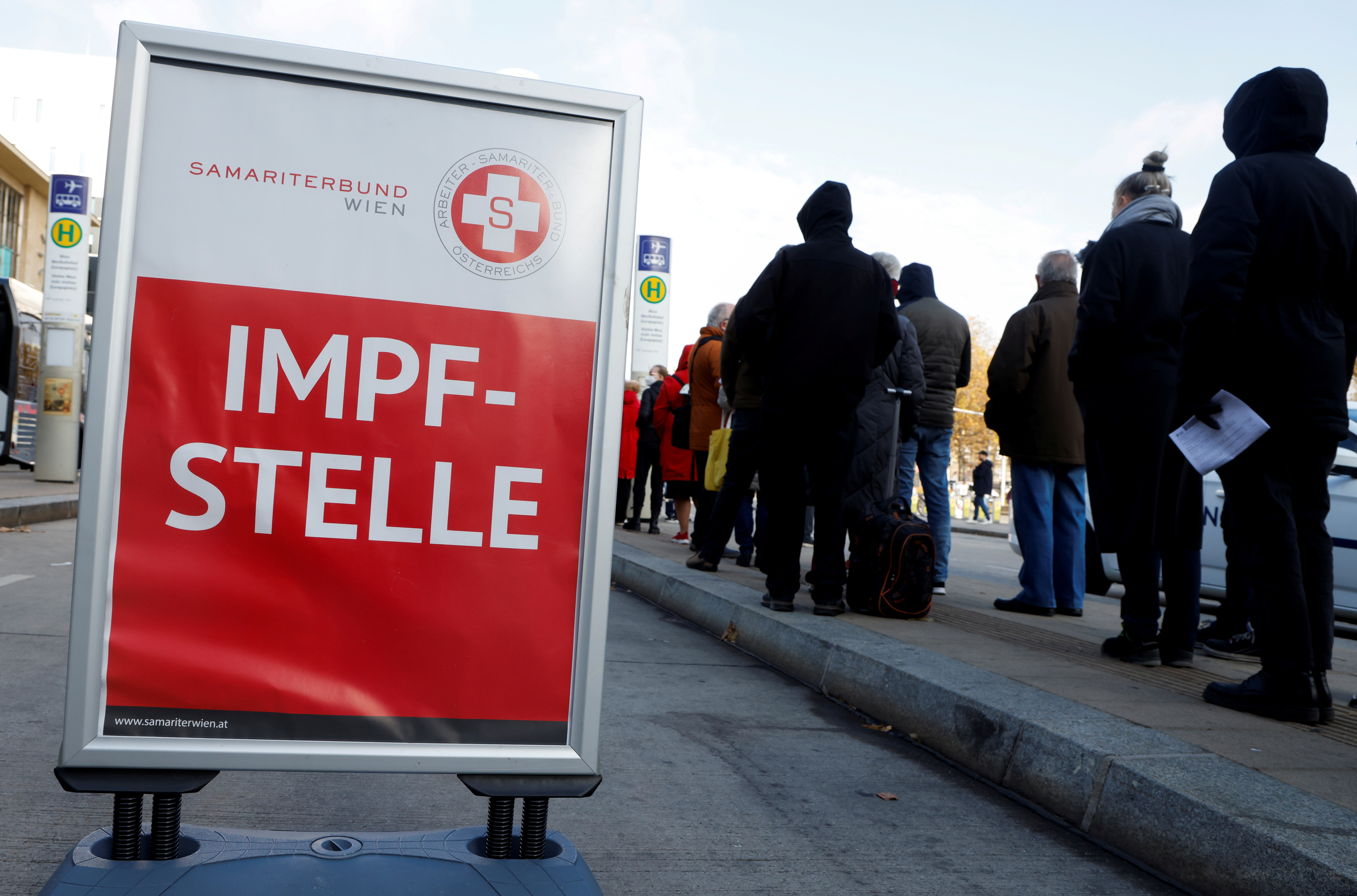 First it was two regions, but now it will be the whole country. The Austrian Government, led by the Christian Democrat Chancellor (ÖVP) Alexander Schallenberg in coalition with the Greens, has announced that the population will return to lockdown on Monday to try to control a fourth wave of the coronavirus that has rampaged. It will be the fourth lockdown for Austrians since the pandemic began. In addition, the Executive will promote a law so that vaccination is mandatory from next February. The immunization rate in Austria is around 66%, one of the lowest in Western Europe. “It is a difficult decision, but the situation is serious and measures must be taken for everyone,” said Schallenberg, who has insisted once again that “vaccination is the only way out of this vicious circle.”

Confinement will imply that you will only be able to leave your home to buy food, go to the pharmacy, to work if necessary – companies are asked to facilitate teleworking -, comply with administrative procedures that cannot be postponed, take a walk or visit and take care of sick relatives, has specified the Minister of Health, Wolfgang Mückstein. Non-essential shops and gastronomy will have to close, while schools will remain open, but parents are asked to keep their children at home to study remotely whenever possible. In addition, the FPP2 mask will be imposed in all enclosed spaces. The new confinement will last a maximum of 20 days – with an evaluation at 10. As of December 13, those who still resist being vaccinated must remain confined, while the rest will be able to resume normal activity limited to current restrictions, which already imply having a covid passport (vaccinated or cured) to enter restaurants, non-essential cinemas or stores.

Austria thus becomes the first EU country to return to the extreme measure of confinement to try to cut a wave of covid, while promoting the debate on mandatory vaccination, already shuffled in the country for health personnel. The chancellor, to questions from the media, has affirmed that he does not see legal problems to impose mandatory immunization, but consultation with lawyers, social agents and parties will be necessary to give it shape and decide, for example, from what age it would be required immunization. Schallenberg has also taken the opportunity to recall that there are “political forces that fight against vaccination”, indirectly referring to the extreme right, something that he has described as “irresponsible”. “It is an attack on the health system,” the leader explained, while stressing that the refusal to receive the punctures has led to overflowing intensive care units and “great human suffering.”

The governments of Upper Austria and Salzburg, the most affected regions, already coordinated this Thursday to apply the lockdown next week, hoping that the conference of the leaders of the nine Länder with the Chancellor, held this Friday in Tirol, decided to apply the measure to the entire population (8.9 million inhabitants).

The chancellor was until this very Thursday reluctant to impose a new confinement to those vaccinated after the ÖVP proclamations that the pandemic had ended for them. Since Monday, the imposition of a confinement for the unvaccinated has been in force, but the measure has not been easy to control and for most experts who advise the Government, it has come late. “Despite the persuasion work of many months, we have not managed to convince enough people that they should be vaccinated,” admitted the head of the Government. Therefore, the only way out is mandatory immunization in the medium term, and immediate confinement to try to regain some normality for the Christmas holidays, he argued. “We demand a lot from vaccinated people, and this is because the unvaccinated have been unsupportive,” he stressed.

Austria breaks daily records for new infections and the health system is already very stressed, and at the limit in the two most affected regions, Upper Austria and Salzburg. This Friday another 15,809 new infections and 48 more deaths were announced -the total number of the pandemic reaches 11,951 deaths, and the incidence has escalated to stand at 1,540 new infections per 100,000 inhabitants in 14 days.

The new confinement has not been a surprise for a part of the Austrians – after the information on intense negotiations between the government and the regional leaders during Thursday -, and has been received with a mixture of frustration and resignation. Also with anger. “We are vaccinated and very fed up. It makes me want to hit those who don’t allow themselves to be vaccinated, ”Berta C., 60, protests on a street in downtown Vienna. “We have had enough, now we should demonstrate the vaccinated,” abounds his companion, CB, 34 years. Austria has experienced periodic protests against the government’s restrictive measures to curb the pandemic, encouraged especially by the far-right party FPÖ, which has called another demonstration on social media for this Saturday in the center of the capital. The event, however, will not be able to attend its leader, Herbert Kickl, isolated after being infected with the virus.

Vaccinations have increased since the so-called 2G certificate (which corresponds to vaccinated, or be vaccinated, or recovered, cured). Last Monday, when the confinement of the unvaccinated began, which has now been overcome by the seriousness of the situation, Schallenberg stressed that in a week “half a million doses” had been given. In recent days, queues have been seen again at vaccination centers.

The Executive has already announced economic aid before the millionaire losses that are coming with the new confinement. “Once again we were unable to work,” laments Dominique Kolz, 29, an operator in one of the city’s typical Christmas markets. Ursula Gleischberger, in her fifties, also passes by the street food stalls and Christmas decorations, still closed at noon, who says she understands that the situation is serious, but regrets that “after many have been vaccinated to enjoy freedom, now they are also going to pay for it ”.