They too fail: the dishes that the best chefs resist 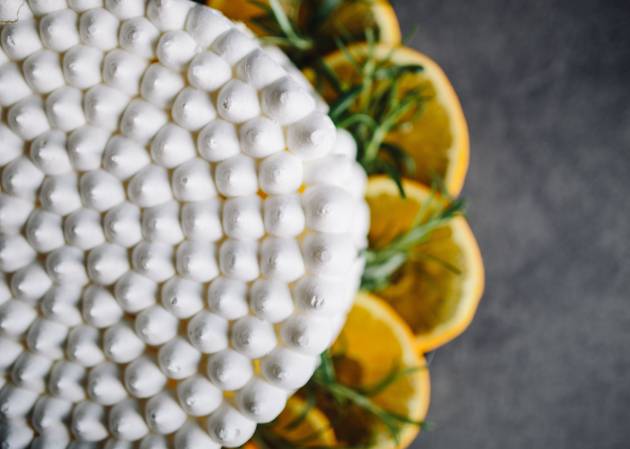 If you have tried a thousand times to make a sponge cake at home and instead you have obtained ten kilos of lemon-flavored scolds, if the baked fish is the texture of a bicycle handlebar or the cannelloni always come out with the make of a tunnel under construction, do not despair: the best chefs in Spain also resist some recipe. Messi, for example, after years of soccer career is not very clear how to put on a dungareesWhy can’t the stars of the national gastronomy be given a bad dish? Well of course I do.

To confirm that the best cooks in our country have their culinary Achilles heel, we have asked some of them. There are those who recognize that their thing is not the mathematics of pastry, others who see some traditional recipes complicated and there are those who cannot with avant-garde cuisine. “We are all feelings and we have people,” said Heraclitus of Pontevedra. He was right: nobody is perfect.

When talking about typical food there is a succession of quick thoughts that leads us to the figure of grandmothers, local products and affordable stews, both in difficulty and economically. But there are recipes that do not matter how authentic they are: there are people who do not finish leaving. Baked fish, for example, is always a thorny issue (I hope they don’t fire me for this). Admits it Iker Erauzkin, restaurant chef Space ONE, located in Barcelona: “There are things about traditional cuisine that give me a lot of respect. I make sea bass in salt but I always suffer ”, confesses the chef trained in Paris. “If you take it out late, it dries up and is worth nothing, and if you do it ahead of time and break the salt crust, there is no going back,” he says. With these preparations, as to get rid of a sniper, it is important to accurately identify the point.

And from a fairly widespread elaboration we move on to perhaps the best known and most representative of Spanish gastronomy: rice in paella, recently declared Asset of Cultural Interest. For Sacha Hormaechea, from Sacha restaurant, this is “the most complicated of all”. “It is a dish that has so many tastes, so many shapes and forms, that deep down it only has one: that the rice is just right. And that is so difficult, you must have so much hand… It seems to me that you have to be an excellent cook, and not only a professional, but also at home, to achieve it, ”says Sacha about his weak point. “It is something that resists me, others will say that it comes out perfect. Despite this, I have never stopped preparing it because one always has to try to be mediocre in life ”.

“Veeeenga, get the point now, damn it! GIPHY

If you ask someone from Düsseldorf about Spanish dishes they might mention the paella and, of course, the potato omelette. This golden delicacy was one of the preparations that complicated Iñaki Aldrey, restaurant chef Atempo, belonging to the ABaC group and with a Michelin star: “Many years ago I went to a competition and I had to make a traditional dish and an avant-garde one, and the traditional one was a potato omelette. The other one was very cool, but the omelette was not the best in the contest, really, ”Iñaki acknowledges. “I remember that I was very insistent: I started making, making and making tortillas. Today, when friends come home, it is one of the dishes that I like to prepare the most. I’m very dignified now, but 10 years ago it was a bloody disaster, “says Aldrey.

For its part, Pepe Solla, owner and chef of Solla house -with a Michelin star-, it’s not that he can’t resist the omelette, but it never turns out the same as his mother. “It’s inexplicable because we even do them together sometimes, but when I do them alone, they don’t look like her. There is no explanation, physical, philosophical, or rational, ”says Pepe. This Galician chef declares that he does not know “how it curdles them and leaves them creamy without becoming liquid”. Oh, the mothers.

Meatballs are another ubiquitous dish on Spanish tables and a cursed recipe for Yolanda Leon, from the restaurant Cooking (a Michelin star). “I have people who say they have to be boiled a little, others put them in the pressure cooker, others with a little boil, without boiling, with almost raw meat … I have tried almost all forms and I am not able to make some. Juicy and wonderful meatballs like my mother or mother-in-law make them “, says Yolanda, who finishes off:” It’s terrible, it’s a meal that crosses my mind and I’m not able to make it. “

But for the love of God, how do you make them look like this? GIPHY

Beyond the borders of Spain there are elaborations that are considered typical in other gastronomies. The sin, for example, it is a kind of salty crepe native to India. Well then to Ivan Surinder, founder and chef of Tandoor and Mirch, this recipe has become jammed: “I thought it could be made with any rice and any lentils, and looking at the ingredients I realized that it could not. But of course, I realized that when I had already done 10 or 15 tests with different types of rice and lentils ”, says Iván. After that he did more research and prepared it as it was, but the restaurant’s ambient conditions are not ideal for fermentation. “I love to eat it when I go to England and India, but I’m not good at making it, why should I lie,” admits Surinder.

Haute cuisine creators also choke on recipes they devise themselves. They have a dish in mind and there it has to stay. This happened to the aforementioned Pepe Solla, who a few months ago thought about making a ginger beer with tomato, simulating a kind of bloody mary. “On paper it worked very cool; Separately, incredible, and when you put it together it was horrible, horrible. And the worst thing is that we were two days away from opening, “says Solla, who says that he has a theory for these cases:” If a dish resists me a lot, I leave it. When you have to think a lot about the idea, I think you lose strength ”.

Iñaki Aldrey and his team tried to innovate with prawn socarrat rice, although it was not easy for them: “The idea was to turn it into a moldable cannelloni that could be rolled up and put a prawn inside. It was very difficult to fit the crunchiness of the socarrat with the flexibility it should have, and the truth is that we spent quite a few kilos of rice doing the tests ”, says the chef from Atempo.

For his part, the expert chef in offal Javi estevez, in front of La Tasquería -a Michelin star-, he confesses that he tried together with his colleagues to make a recipe with veal udder, a rather strange product to see on the stove. “We did a lot of tests and in the end we gave up. I think that because of that sour milk flavor, so strong, that smooth texture, it got through us ”, says Estévez.

Sacha Hormaechea says that most cooks have problems with pastry because it is pure mathematics and they are more about improvising: “We are abstract, realism costs us”. For example, what happens to the chef Begoña Rodrigo, from The climb -a Michelin star-: “I have a fairly open war with dry meringues: I have made more meringues than meringues in general.” According to Begoña, he has tried dozens of times, although in the end he never gets the expected result: “Look, I love this sweet, but it bores me when I see that I can’t.”

Mention the sky bacon to Javier Abascal, chef and restaurant owner Lalola and Jondo PlateIt’s like asking Batman how the Joker is doing because you haven’t seen him around the neighborhood for a long time. “I came up with making this dessert when I found some recipes written in pencil by my grandmother. And although I have no idea of ​​sweets and those papers were read regularly, I started to try it ”, declares Javier. The production process, of course, was not easy: “In the first one we made the syrup did not come out well, the second one burned completely, the third we failed in the caramel and it remained stuck to the mold, the fifth came out lumpy because We forgot to add an ingredient, to the sixth we added salt instead of sugar, to the seventh it turned out well but lumpy and fine, to the eighth we changed the mold and it came out like a flan, and to the tenth we were creamy and brilliant ”, sums up the Sevillian chef. At 30 eggs per test, in total they spent 300 units until they found one well done. “But hey, it was worth it,” says this Sevillian chef.

One of the chickens, tired of laying eggs, trying to flee to another country. GIPHY

Do you also have a recipe that you are not very good at after trying 3,682 times? Tell us what it is and some anecdote mentioning us on social networks with the hashtag #PlatosImposibles.