Ruud was four years old when he gave his parents the fright of their lives. He decided to go out with his girlfriend Susanne after dinner, as they often did. This time, the two went to the woods where he believed Winnie the Pooh would be. When Ruud’s concerned father found the two again, Ruud couldn’t understand why he was so angry. “We were just looking for Winnie the Pooh, weren’t we?”

That adventurous, that remained. But as recklessly as Ruud often went on adventures, he always kept an eye out for others. Before riding his bicycle with his mother, little Ruud greeted every passer-by. “And everyone greeted him back because he was such a catchy little guy,” says his four-year younger sister Fleur. Once he learned to ride a bike himself, the training wheels were not allowed to come off until late. He found it useful that he could stop his bicycle without it falling over. His mother: “His attitude was: why make life difficult when you can make it easy?”

As a little boy, Ruud ten Wolde wanted to work in television. The television world has always been something magical for me, he writes in his book Ill Happy, which appeared on 9 October a few weeks after his death. It fascinated him how you could create a whole new world with a few lights and a camera. “In my view, it even came close to sorcery.”

He started at BNN and later worked on numerous programs in various roles. He liked the reality programs he helped make the most, such as Ex On The Beach: Double Dutch. “That vulgar, he liked that,” laughs his mother. In recent years he was an editor and reporter at RTL Boulevard. 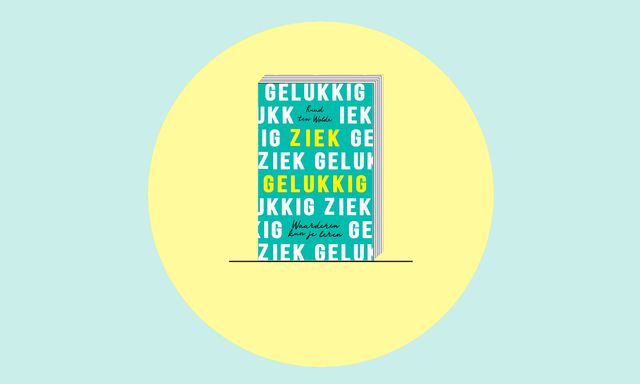 Also read the section Everyone reads about the book by Ruud ten Wolde: Learning through cancer what happiness is

At the end of 2015, Ruud ten Wolde was told that behind his ear was a melanoma, a form of skin cancer. Still, he decided not to sit on the operating table until after the annual family trip to the Canary Islands. “That week was sacred to him,” recalls his mother. The surgeon thought his request was special, but the operation could wait a while without danger.

The most beautiful family trip was not to Lanzarote, but to Lourmarin in France in 2018. Ruud had just been with his friend Jeannot, later his fiancée, and the two couldn’t keep their hands off each other. Sisters Sanne and Fleur teasingly disrupted many a romantic moment of the couple in love. Fleur: “We showed them how tacky they were.” Everything was right there, his mother recalls.

After the first time in 2015, the cancer came back a few more times. Still, he kept an eye out for others. Lying on his hospital bed in the living room, he saw out of the corner of his eye that Fleur was not eating her plate. “I can see it, eat it!” he cried. He thought she ate too little. Fleur: “Even when he was super sick, he thought about his little sister.”

His humor also made the darkest days bearable for the family. “When he felt good, he was so sparkling,” says his mother. He got everyone in the room with him. “He launched all kinds of jokes very quickly,” says older sister Sanne ten Wolde. “He could be so funny.”

Ruud also shared his quick jokes on Twitter. But he also brought up his cancer on this platform. His positive attitude earned him more than 20,000 followers. “There was already enough junk on Twitter, he thought,” his mother said. At his grave, she met a woman who knew him from Twitter. In her eyes, Ruud was “a quickly burned candle that shone brightly and has enlightened many people”.

Sanne still gets messages on Twitter in which unknown people talk about the nice conversations they had with Ruud about everything, including each other’s cats.

Ruud did the casting for the MTV program Ex on the Beach: Double Dutch. During the filming in Thailand, he was greatly disturbed by the frequency with which the candidates cursed with ‘cancer’. “They all knew by now that I had had cancer, but apparently it didn’t matter,” he writes in his book. At one point he snapped at them that they should stop. Later, the candidates apologized to him together. “He doesn’t get angry easily, but then he was white-hot,” says his mother. “Showing respect in language and behavior was important to him.”

Before his death, Ruud set up a foundation that aims to promote mental counseling for cancer patients. His own attitude to life lives on like this, his relatives say.

Gratitude was his guiding principle. Even if he got underpants or a pencil with Sinterklaas, he still exclaimed enthusiastically: “I’ve always wanted this!”