Three years after the start of the movement, what remains of the “yellow vests”? 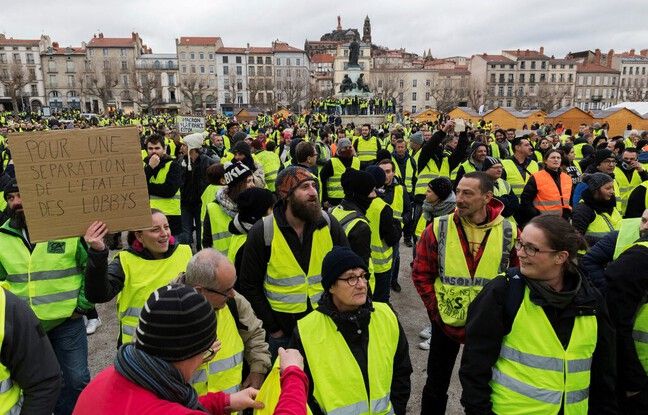 On Saturday, November 17, 2018, three years ago to the day, thousands of French people donned yellow vests and marched in the streets of several large cities in France to protest against the rise in the price of fuel. Very quickly, demonstrations spread nationwide and the protest movement more generally denounces a life deemed too expensive. France then discovers the “yellow vests” which, from roundabouts to village square through tolls, will swell the ranks of one of the biggest protest movements of the 2010 decade.

Three years later, the roundabouts are deserted. The health crisis seems to have taken precedence over the social crisis and the “yellow vests” seem to shine much less in the public and political space. Truly ? 20 Minutes draws up the inventory.

What is the “yellow vests” movement?

The movement of “yellow vests” was born following a rise in gasoline prices linked to the launch of the ecological tax, which coincides with a surge in the price of fuel on a global scale. In October 2018, citizens called for demonstrations in videos and lives, posted in particular on Facebook. They take as symbolic the famous yellow vest, associated not only with the road but also with the expenses considered unnecessary but made compulsory by the State. [sans gilet jaune dans sa voiture, l’automobiliste peut être mis à l’amende].

“It was the movement of the inaudibles. A movement of protest above all economic and social, long before being a movement of political representation, recalls Benjamin Morel, doctor in political science. It was the emergence of poorly organized civil society, with a whole section of the population that did not go through traditional intermediary bodies such as unions. “

And the protest goes from social networks to the street on Saturday, November 17, 2018. With it, the first occupations of roundabouts and demonstrations in city centers which bring together from the first “act” 287,710 people, according to the ministry of ‘Interior. This is a record for the movement, while clashes between demonstrators and the police will leave more than 400 injured.

Appointment is made every Saturday for demonstrations, while certain occupations of roundabouts are done seven days a week. After three other Saturdays of demonstrations to more than 100,000 participants [166.000 lors de l’acte 2, et 136.000 pendant l’acte 3 et 4, toujours selon les chiffres de l’Intérieur], the processions are gradually deflating, except for a resurgence in January [jusqu’à 84.000 participants, selon le ministère de l’Intérieur]. From mid-February, the number of demonstrators will never exceed 50,000, and the movement is running out of steam. An attempt to return aborted in September 2019, bringing together only 7,000 “yellow vests”. The movement is unstructured and “cannot be defined politically”. Far left, far right, but also more traditionally left, center and right overlap. “This is what also gave it its political fragility”, agrees Benjamin Morel.

Three years later, where are the “yellow vests”?

“Currently, there is only a small minority of what the movement was,” notes the doctor in political science. Facebook groups, which have retained a good portion of their members, are now mostly inactive or very little shared. The movement has not completely disappeared, but it did not know how to organize itself, and lacked any real political significance in the polls, estimates Benjamin Morel: “We saw it clearly during the vote of the sympathizers” yellow vests “to European women: those who were close to the National Rally voted National Assembly, those who were close to the Insoumis voted Insoumis, and so on. The “yellow vest” vote did not exist. “

The movement tried to reemerge in particular in favor of the demonstrations against the health pass during the summer of 2021, but the two protests found themselves too opposed to really go to one and the other according to Benjamin Morel: “We do not can’t imagine the anti-pass demonstrators in the 16th arrondissement becoming “yellow vests”, while the anti-pass movement did not take into account the economic questions essential to “yellow vests”.

Can the movement bounce back, or even take advantage of the presidential campaign to revive itself?

The structural problems which led to the formation of “yellow vests” (too expensive gasoline, feeling of paying too much tax, difficulty in finishing the month, etc.) have not been resolved, so we cannot bury the idea of ‘a new social movement,’ but it will probably emerge in other forms if it is to reemerge. Perhaps always with a yellow vest, in homage to the initiating movement, but it will be a different movement anyway, ”said Benjamin Morel. As for the 2022 presidential election, it should numb any social protest for the months to come. “It is very rare to see this kind of protest movement emerged during an election year, because there is already an outlet, a solution by the ballot box. There is no point in marching in the street when in a few months we can go and vote. If Emmanuel Macron’s policy disturbs someone as it may have disturbed the “yellow vests”, he can vote against him, he does not have to demonstrate, “assures Benjamin Morel. On the other hand, the doctor in political science estimates that it is rather a few months after the end of the race to the Elysee Palace that a protest movement could arise. For the four years of the “yellow vests”?

You were a “yellow vest” strongly mobilized three years ago, are you still today? How did you get involved and why are you still mobilized? Or why did you stop being? Have you found other ways to make your demands? Do you think the presidential election can revive the movement? Why and in what form?