Music is made with Noah’s heart 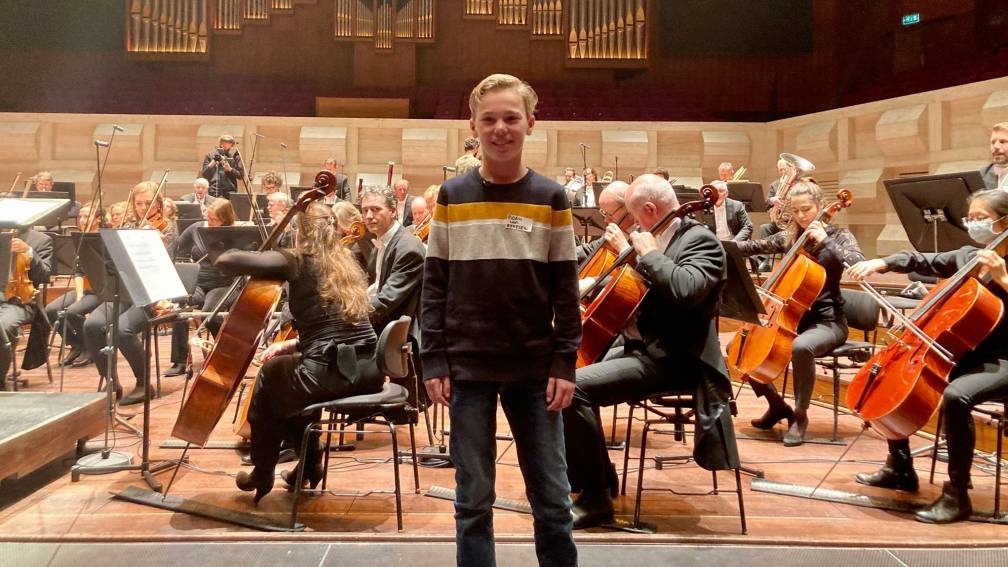 A piece of music to the ‘beat’ of human hearts with a heart rhythm disorder. A well-known classical orchestra made it and used 11-year-old Noah’s heart rhythm.

Noah had suffered from cardiac arrhythmias from birth. His heart sometimes raced. It would start beating very quickly, while Noah was not doing anything. This often made him out of breath.

If it took too long, sometimes up to an hour, Noah had to go to the hospital. Until Noah had surgery two years ago. Since the operation, his heart is beating again as it should.

According to the Heart Foundation, hundreds of thousands of Dutch people suffer from cardiac arrhythmias. The musicians of the orchestra, together with doctors from the Erasmus MC hospital, want to draw attention to this with the piece ‘Disorder Symphonies’.

In one of the classical pieces, the music is changed to Noah’s old heart rhythm. Noah himself thinks it is very special that he has been chosen for this. He and his family were allowed to watch live at the orchestra’s concert in Rotterdam.

In the video you can hear how the piece of music with Noah’s heart rhythm sounds.