Financial aid mitigated suicidal ideas in the worst of the pandemic 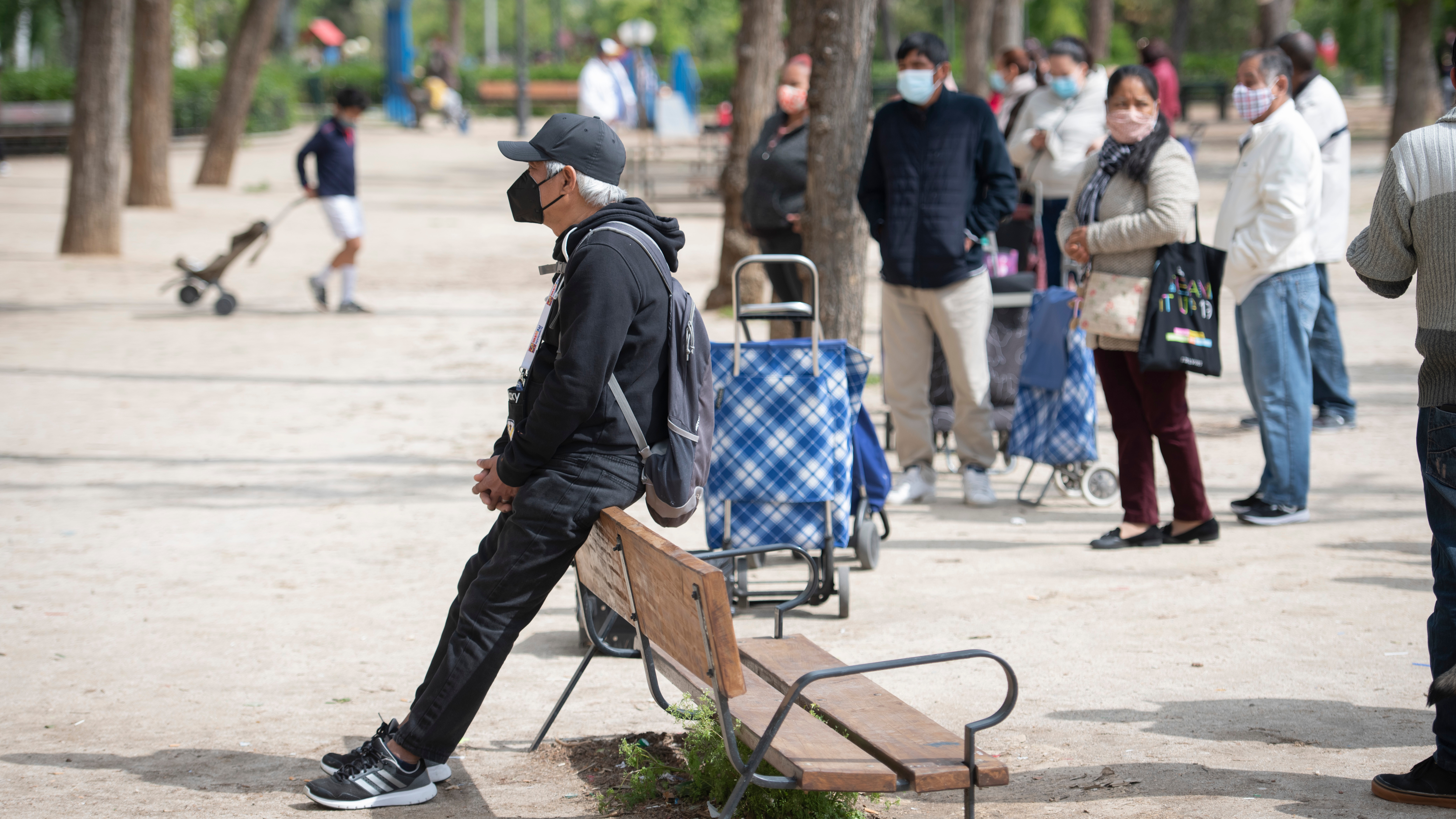 The ravages of the covid pandemic are felt in mental health around the world, but sometimes it is not easy to identify the scenarios that contribute to this deterioration or to mitigate it. A study published this Wednesday by the magazine Nature You’ve found an approach that can prove invaluable: the millions of calls made to counseling hotlines during those months. Thanks to this huge amount of information, researchers have been able to deduce changes in the mental health of countries based on the waves of infections and the measures imposed by the authorities. And one thing is clear: the economic aid developed by the governments served to mitigate suicidal ideas in the worst of the pandemic.

“This is an issue of the first order for legislators,” they indicate. the researchers in their study, “As interventions designed to contain infections can also affect mental health by exacerbating unemployment, financial stress, loneliness, relationship problems and pre-existing mental vulnerabilities.” And they warn: “These are, in turn, well-recognized risk factors for suicide.” A thread connects contagions, fear of disease, financial insecurities and mental health. And the evolution of the calls to these help lines shows it.

The general dynamics of all countries were similar in the early moments after the pandemic trauma: the researchers observed a peak in call volume about six weeks after the outbreak of the pandemic, which exceeded the previous level by 35%. In the study, they have the data that provide eight million individual calls to helplines from around twenty countries (14 European, among which is not Spain, but France, Italy and Portugal; plus the United States, China, Hong Kong, Israel and Lebanon).

In determining the reasons for the calls, however, the study indicates that initially there was no increase in requests for help related to these suicidal thoughts. The results show that the observed increase in calls to helplines during the first wave of the covid pandemic was largely due to fears about the virus itself and loneliness, in the context of restrictions and lockdowns. , rather than domestic violence, addictions or intentions to kill oneself.

In other words, the initial concerns of the callers were more linked to the pandemic itself. And anxiety increased with bans and other restrictive measures. “We found that the stricter measures were associated with a higher number of calls due to fear, loneliness and suicidal tendencies,” the authors explain, “but that more generous income support had the opposite effect.” This implies that compensation payments to workers and companies economically affected by COVID “have additional benefits to alleviate distress and mental health problems.”

Or put more bluntly: More generous financial aid policies were followed by drops in the number of calls to suicide-related helplines, according to the study. “Our findings suggest that public payments in compensation for losses induced by the pandemic not only reduce economic hardship, but also have broader benefits: More generous income support leads to fewer calls around fear, problems of physical health and, as expected, financial anxiety ”, indicate the authors of the work that publishes Nature.

Increase in suicides in Spain

In Spain, although we do not have data from this specific study, we do know that the pandemic increased the deterioration of mental health and multiplied suicidal thoughts. According to a study by the General Council of Psychology of Spain and Aegon, more than 15% of Spaniards had this type of thoughts (25% in those under 25 years of age), especially among those who stated that their economic situation had worsened (23.5%). 16% of Spaniards claim to have suffered an anxiety or panic attack derived from the pandemic, according to the CIS. Calls asking for help for cases of suicidal ideation in minors rose 145% last year, according to the Anar Foundation, which manages support lines for children and adolescents who live in situations of violence or psychological problems. The Telephone of Hope received more than 160,000 calls in 2020, an increase of 38% compared to the previous year: 4,935 were suicidal and 205 were suicide in progress.

Eventually, many of those thoughts eventually materialized, according to data from the Suicide Observatory, which registered an increase in the number of people who committed suicide during 2020 in Spain. In total, 3,941 people did it, the all-time high: almost 11 on average a day, one suicide every two hours. The one who was minister of Health in 2019, María Luisa Carcedo, raised the creation of a national telephone dedicated to the prevention of suicide, which did not materialize. During the pandemic, Health launched three lines that treated psychologically 13,000 calls only in the months of April and May 2020. Three days ago, President Pedro Sánchez announced on the pages of EL PAÍS the creation of “a 24-hour, free and confidential information telephone line, to offer professional care and support for behavior suicidal to affected people and relatives ”.

Differences by countries and groups

What the published study shows Nature is that the volume of calls grew again in the second half of 2020, in parallel with an increase in infections and a tightening of non-pharmaceutical interventions. There, the differences between countries begin to be noticed, due to the particularities in the national development of the epidemic: while in Germany the volume of calls increased continuously until the beginning of 2021, in France it fell again after the peak of December 2020. ” These divergent patterns are correlated with stronger increases and setbacks both in infections and with the rigor of government measures in the two countries, ”explains the study on the two European nations with the most data. Although the changes are only a few percentage points, the researchers consider them to be “robust” in detecting significant trends.

By breaking down the changes based on gender and age groups, the researchers found that the rise in fear-related calls was driven entirely by those over 30, both men and women. This would have to do not only with a lower perception of the risk that in general younger people present, but also with the important correlation between age and risk of suffering a severe covid, explain the authors of the study, from the universities of Lausanne and Freiburg and the London Center for Political and Economic Research.

For example, the proportion of suicide-related calls made by men under the age of 30 declined particularly sharply. Among women under 30 years of age, the proportion of calls related to violence increased slightly “despite the fact that it may well have been more difficult, under orders to stay at home, to make calls to the helpline in situations of domestic violence”, the study points out.