After the 15-N, the problems continue in Cuba 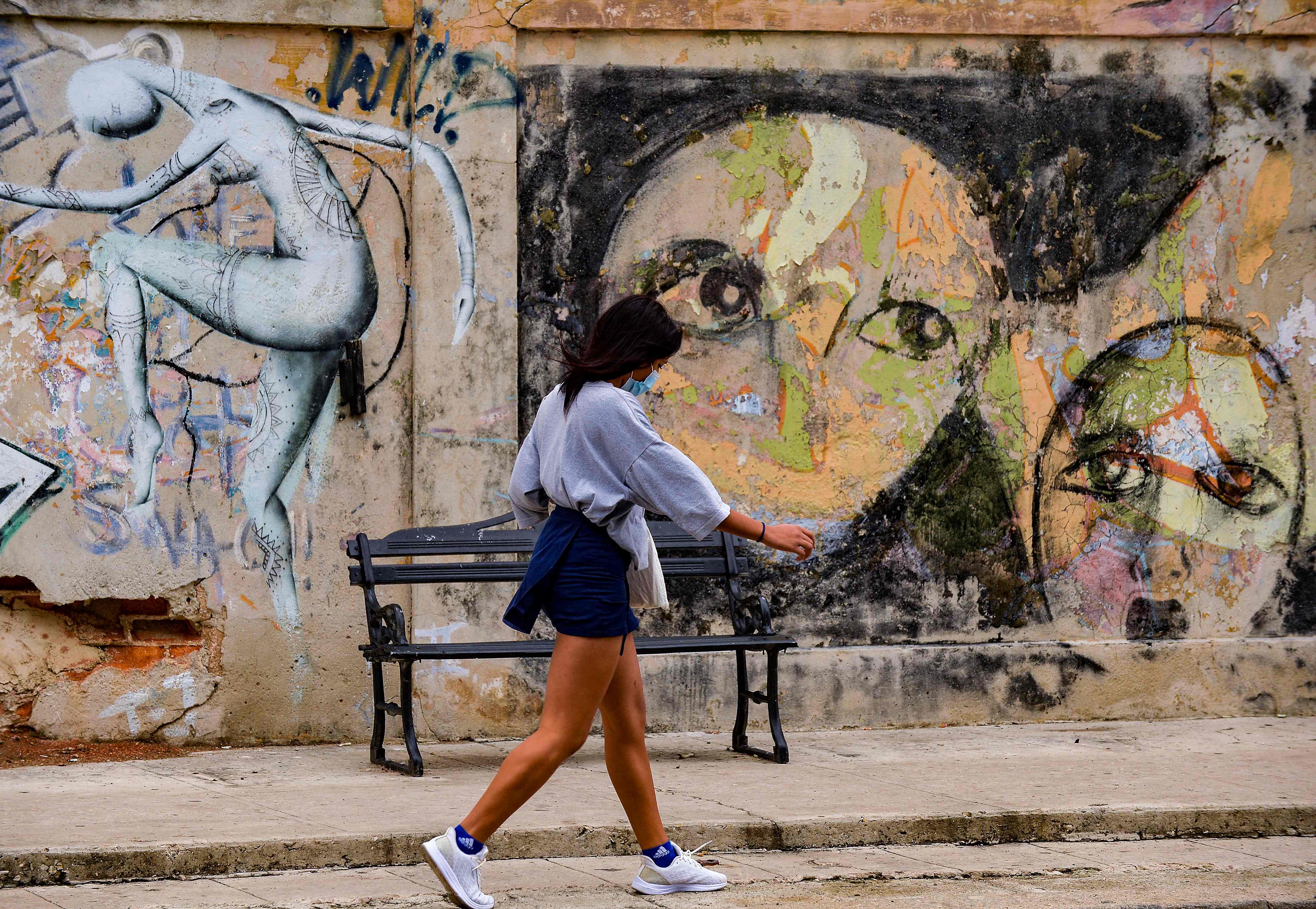 The 15-N has already passed. But what about 16-N, and 17-N, and onwards? That is the big question that floats in Cuba at this time, after the events of recent days around the civic march for change promoted from the Archipelago platform and frustrated in the midst of a large police deployment against its main organizers and leaders. opponents. To this mystery must be added the unexpected turn of events caused by the unexpected departure from the country of the main leader of the protest, Yunior García, who arrived in Madrid on Wednesday on an Iberia flight with his wife Dayana Prieto, something that surprised to own and strangers.

On Wednesday there was notable confusion within the platform itself, which in the morning on his Facebook account considered Yunior García “disappeared”, after being visited at his home by one of his activists and no one answered the door. After the 15-N march was deactivated, a day in which practically no one took to the streets dressed in white, as Archipelago had requested, the promoters of the protest released a statement in which they stated that “the causes that motivated the call “was still in force and that the Government had not” understood the message, “so they proposed that people continue to come out to demonstrate until the next 27-N. But, apparently these days in the cities and towns of Cuba, little or nothing will move.

On the street, Cubans led a normal life on Wednesday under the galloping crisis that is being experienced on the island, which implies numerous sacrifices, especially standing in long lines to buy any basic product, or at the bus stop, or in front of a pharmacy. out of stock. These conditions of economic hardship, the basis of the popular discontent that caused the massive protests of July 11, will hardly change in the short term. For this reason, they assure from critical sectors, but also from positions related to the Government, the authorities would do wrong to present what happened as a victory and pretend that nothing has happened.

It has become clear that, with the pressure exerted in the previous days and the police deployment, or because many more people support them than is thought, the Government has been able to maintain control in the streets on 15-N. But also, say various academics and historians, there is a fact that the authorities cannot ignore: things in Cuba have changed and they cannot continue to govern as before, pretending that nothing has happened and ignoring a youth that will be increasingly more critical.

“Processing the existing diversity is a Rubicon in today’s Cuba,” said the researcher and former director of the university magazine Alma Mater Julio César Guanche. “Diversity exists, it is expressed, and it will continue to demand channels of expression. It is the country of today. The promise of how to deal with that diversity cannot be to keep you on the warpath with acts of repudiation and / or affirmation repeated ad infinitum. The difference exists. You have to live with it and recognize the legitimacy of the conflict, ”Guanche wrote about the day after 15-N on his social networks.

“The country is more diverse than what the song and color wars show. Against what some areas want to show, for their own interest, there are not only two options. The Government does not have as the only option what it is doing. Criticism and social contestation do not have a single path either, “says this historian, noting that” we are not dealing with one-day problems, nor related to a specific person. “

And he added: “There is support for the Cuban State that is not approval of acts of repudiation or illegal detentions, or summary trials, or requests for sentences of 25 years. Not all opposition in Cuba is financed by the United States, nor is it unpatriotic because it is an opposition ”.

For the historian Alina Bárbara López, coordinator of the portal The Young CubaWhat happened on the 15th is not surprising, it was something expected. In Cuba, he assured, “the pressures on citizens are very great, and if something has been demonstrated in a transparent way, it is the way in which it is governed, not by consensus, but through violence and repression.” In his opinion, “the 15-N achieved a very important objective, which is to demonstrate to citizens and international public opinion how the State works.”

Regarding the departure of Yunior García from the country, he preferred not to comment, but considered that “by liquidating leaderships and pressuring the most committed people to leave Cuba, the only thing that the government does and intends is to save time.” Warn that this will not do any good. With popular unrest and economic circumstances such as those experienced in Cuba, and “when those at the top cannot continue to govern with the same methods, and those at the bottom no longer adapt to being governed in that way,” begins a “moment historical ”new, he thinks. “In historical moments you can buy time, but these tend to be irreversible when they reach a certain point, which is what is happening in Cuba,” he says. The 15-N and 16-N passed, Yunior García is in Spain and we will now have to see the next movements in Havana.

A “failed operation” according to the Government

For the Cuban government, what happened on November 15 was a “failed operation that an attempt was made to articulate” from the United States. He also considers that the march for change was “a resounding failure.” This was expressed by Foreign Minister Bruno Rodríguez in an unusual direct transmission on Facebook, made on Monday afternoon, when the opposition demonstration was supposed to take place.

Both he and Cuban President Miguel Díaz-Canel insisted that it had all been a maneuver by Washington amplified by the media to create a destabilizing situation in the country. The Havana authorities emphasized that a rather “festive” day was celebrated in the street, with the return of international tourism and children to schools.