The Minister of National Education, Jean-Michel Blanquer, wants to strengthen the teaching of Latin and Greek 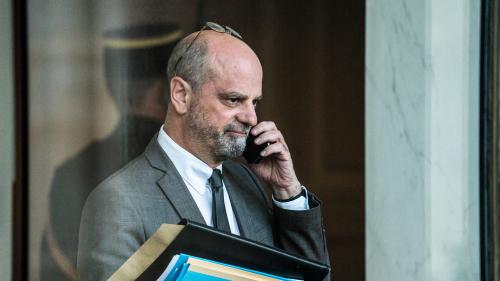 “The Greco-Latin heritage is more useful than ever”, proclaimed Jean-Michel Blanquer last January in Point*. Monday, November 15, the Minister of National Education once again shows his desire to strengthen the learning of Latin and ancient Greek, in an interview* at the same weekly. “I am convinced that we must both offer the learning of ancient languages ​​to more students and strengthen the links between this teaching and other disciplines to show the richness and contributions”, argues the Minister before a Day of languages ​​and cultures of antiquity Tuesday in Paris.

Optional education will in particular be open to high school students in the technological path at the next school year. “The pupils who choose this path will thus be able to develop their culture”, argues the Minister of National Education, “but also, by the discovery of ancient languages, better to appropriate their specialties, including technical vocabulary, in health, in engineering, is very largely of ancient origin ”.

Jean-Michel Blanquer also wants to develop “the optional teaching of French and ancient culture in sixth grade, which is very popular with students”, and the installation “before the end of the calendar year 2021” of a Higher Council of languages, whose mission will be “to reflect on the possibilities of improving the learning of languages, ancient, living, foreign and regional, by working specifically on their ‘points of contact'”.

The minister also said he wanted to open “Mare nostrum” sections at the start of the next school year, which will “promote and improve the learning of Mediterranean languages, whether old, foreign or regional”, making it possible for a student to “jointly learn Latin, Italian and Occitan in an interdisciplinary dynamic”.

He adds that missions will be directly “installed[s] in each academy at the start of the next school year. “Placed under the authority of the rectors, they will allow” to monitor the teaching conditions, guarantee their quality and their continuity from middle school to high school. “In addition, the minister will publish a joint statement on Tuesday with the Italian, Cypriot and Greek ministers responsible for Education, “aimed at strengthening European cooperation around Latin and ancient Greek”.