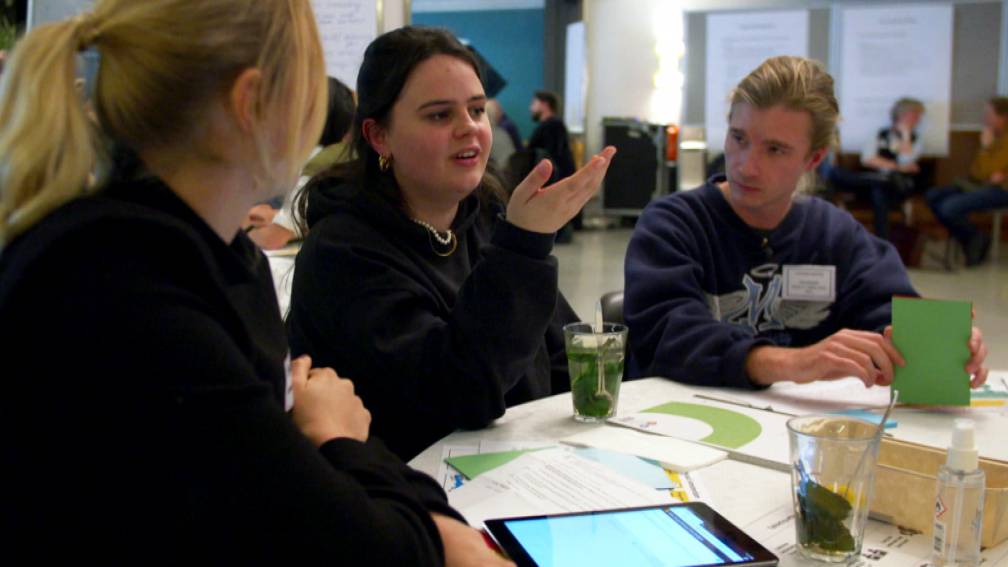 A political experiment in Amsterdam: the capital wants to emit more than half less CO2 within ten years than in 1990, but that will not be possible with the current measures. That is why the municipality has asked 100 random residents to come up with concrete proposals in a so-called citizens’ meeting to reduce CO2 emissions quickly enough.

This tool has already been used in other countries, such as in France and Ireland, to involve citizens more in politics. But will the plans really take off?

In the capital, electricity consumption in the business market in particular, such as the hotel sector and industry in the port, still causes significant emissions of greenhouse gases. According to calculations, the capital will achieve a CO2 reduction of 37 percent by 2030 instead of the desired 55 percent.

Hoping to still achieve the climate goals, the city council asked two thousand random Amsterdammers if they wanted to think about additional measures. The municipality selected 100 people who gathered for a number of days and evenings. They received information from experts, such as the director of the KNMI.

The mini citizens’ council in Amsterdam is also an experiment to see whether it works and is a good form to deploy more often – and perhaps also nationally. But right at the start of the mini-citizen council, criticism was expressed about its short duration. Several participants were of the opinion that you cannot deal with such a complex subject as CO2 reduction in a few days’ time.

Take a look behind the scenes in the video below:

Despite the criticism, the Amsterdammers got to work. They eventually came up with 26 plans. For example, they propose that from 2025 only cruise ships that use green electricity should moor in Amsterdam.

Other ideas include a fund to encourage more sustainable homes and an increase in the price of parking permits, especially for a second car. The municipality could also grant subsidies to people who continue to work from home, so that less commuter traffic takes place in Amsterdam.

The council presented the plans to alderman Marieke van Doorninck (Sustainability) on Monday evening. She says the city council plans to adopt the proposals. “Because of course you can’t ask people to get together for a few evenings, come up with good plans and then do nothing with them.”

It is often the case that the government surprises citizens with measures. Now it’s the other way around.

Former Ombudsman Alex Brenninkmeijer is chairman of the Amsterdam citizens’ council. Earlier this year, he was commissioned by the government to conduct research into citizen involvement in climate policy.

“It is often the case that the government surprises citizens with measures,” says Brenninkmeijer. “Now it is the other way around: the government first talks to citizens and then comes up with measures. Then you can expect that with those measures much more thought has gone into: what does it mean for citizens?”

Brenninkmeijer believes that governments should use this “direct form of democracy” more often. “The EU now has a similar process going on about the future of the European Union. But it is essential that this happens much more often, that it is recognizable and that people have the confidence that this is a good tool and they take it seriously. to take.”

Incidentally, not everyone is happy with the mini-citizen deliberation. Harmen Bos of Burgerplatform Nederland, for example, argues that critical residents, who have been involved in climate policy for years, are not heard in this way.

“Such a citizens’ deliberation may look sympathetic from the outside, and in part it is, but the climate measures that the municipality has already introduced deserve more attention. You also have to listen to residents who are already aware of this. If you ignore their criticism, you just don’t take some of your residents seriously.”

Ultimately, the city council determines whether Amsterdam actually implements the plans. The council will discuss the measures in February.

Clashes between Polish forces and migrants on the border with Belarus

Clashes between Polish forces and migrants on the border with Belarus