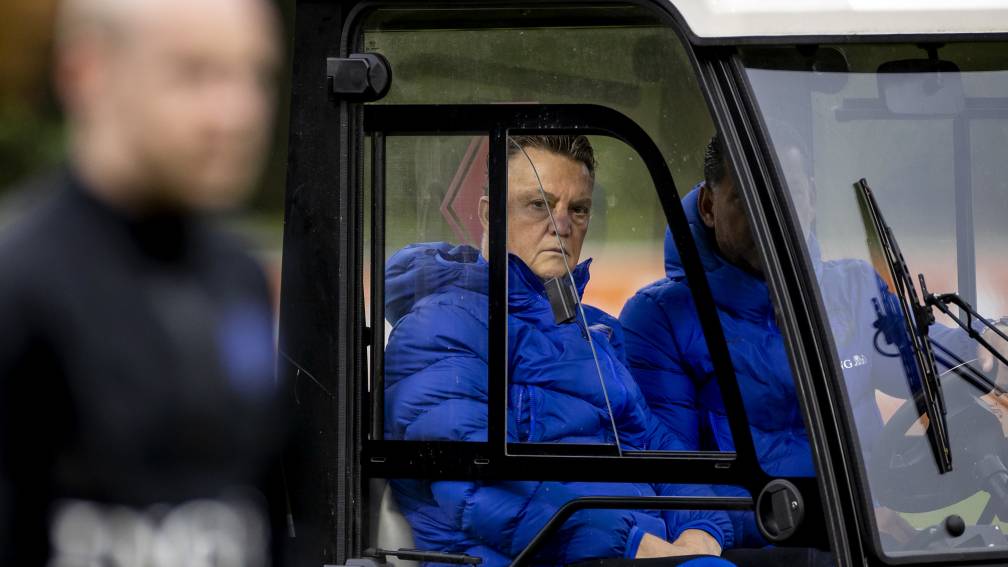 National coach Louis van Gaal will probably not be seen much coaching along the line at the crucial international match against Norway on Tuesday evening. At least not standing up.

The national coach made an unfortunate fall on Sunday evening, after he cycled back to the hotel with his players and staff after training. He fell on his hip. An operation was not necessary, as it turned out after an examination in the hospital. But the trainer is dependent on aids such as crutches and a wheelchair.

So Van Gaal arrived in Zeist for the Orange training in a kind of golf cart, with assistant Henk Fraser as driver. While seated, he oversaw field training, led by the other assistant, Danny Blind.