Divisions continue over the creation of the National Council of Imams 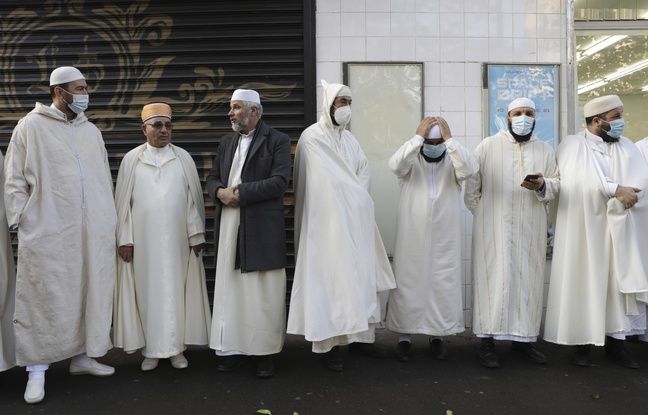 The body wanted by the government to restructure the Islam of France continues to divide the representatives of the Muslims. The French Council of Muslim Worship (CFCM) and the Great Mosque of Paris each announced on Sunday the upcoming creation of their own National Council of Imams.

The Great Mosque of Paris and the three federations which slammed the door of the CFCM’s executive office in March announced their desire to found a National Council of Imams (CNI), which must label imams practicing in France, as desired by the executive as part of its fight against radical Islam. The CNI “will be created during a general assembly on Sunday, November 21, 2021”, they explained.

The CFCM immediately reacted by also announcing the creation of a CNI. In a press release, he called on “all the departmental bodies of the Muslim faith to meet in congress on December 12, 2021, for the effective establishment of the National Council of Imams”. He also denounces the “unilateral initiative” of the four dissident federations and considers that the “legitimacy” of the CNI “can only be acquired under the aegis of the CFCM and with the participation of all of its federations as well as the involvement of all regional and departmental structures. “

Historical interlocutor of the public authorities concerning the Muslim religion, the CFCM has been plunged into turmoil since the government wanted to adopt a “Charter of principles for the Islam of France”, demanded by Emmanuel Macron in the wake of his offensive against the “Separatism”. The text, which was to serve as a cornerstone to restructure the country’s second religion, notably denounces the political “instrumentalisation” of Islam, proscribes “interference” by foreign states and reaffirms the “compatibility” of Islam. with the Republic.

The relationship between Morocco and Algeria as a backdrop

In January, three CFCM federations, including the two Turks – Millî Görüs and the Coordinating Committee of Turkish Muslims in France – rejected this charter, which they say risks “weakening” confidence in Muslims. After this refusal, four of the nine federations of the CFCM, the Great Mosque of Paris, the Rassemblement des Musulmans de France, Musulmans de France and the French Federation of Islamic Associations of Africa, the Comoros and the Antilles (FFAIACA) announced in March leave the executive office of the CFCM, to create a new body responsible for reflecting on “the overhaul of the representation of the Muslim religion in France”.

These basic divisions are also fed by the notorious enmity between the president of the CFCM, Mohammed Moussaoui, close to Morocco, and the rector of the Grand Mosque of Paris, Chems-eddine Hafiz, close to Algeria.