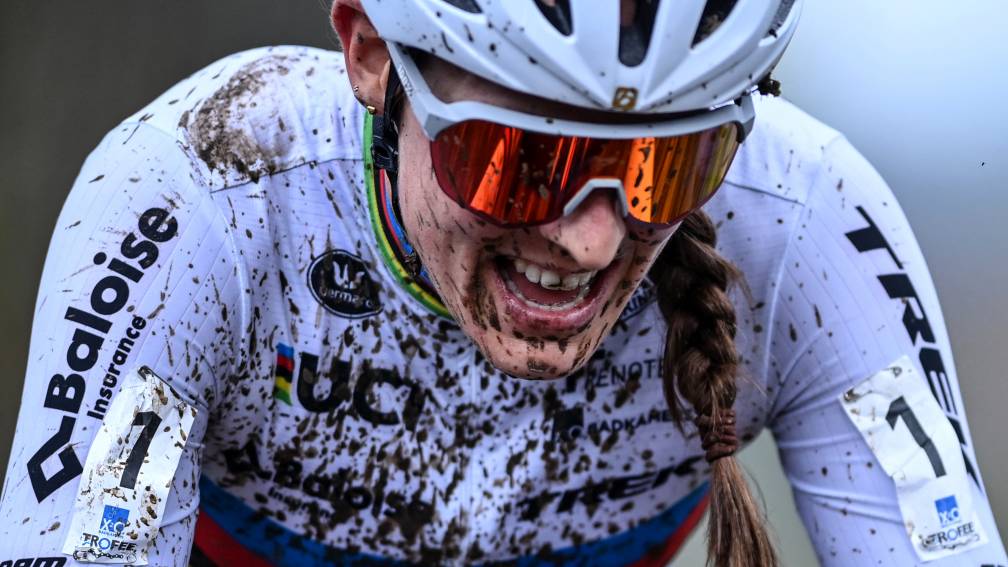 Lucinda Brand strings together victories in cyclo-cross. Brand was the best in the World Cup competition in Tabor Czech Republic on Sunday, after she also claimed victory during the Superprestige competition in Niel on Thursday.

Pieterse took off in the fourth lap, gaped just under ten seconds, but was unable to keep her lead. Brand and Denise Betsema joined up and passed her.

Brand took over the lead and stomped on the pedals, once again making it clear that the reigning World and European champion and leader in the World Cup standings is simply the best in the women’s peloton.

At the finish Brand was three seconds ahead of Pieterse and Annemarie Worst. A smaller gap than in her victory last year, when the number two Ceylin del Carmen Alvarado had to concede 24 seconds, but more than enough.