The PSOE denounces an arson against the home of the mayor of Navas de San Juan, in Jaén 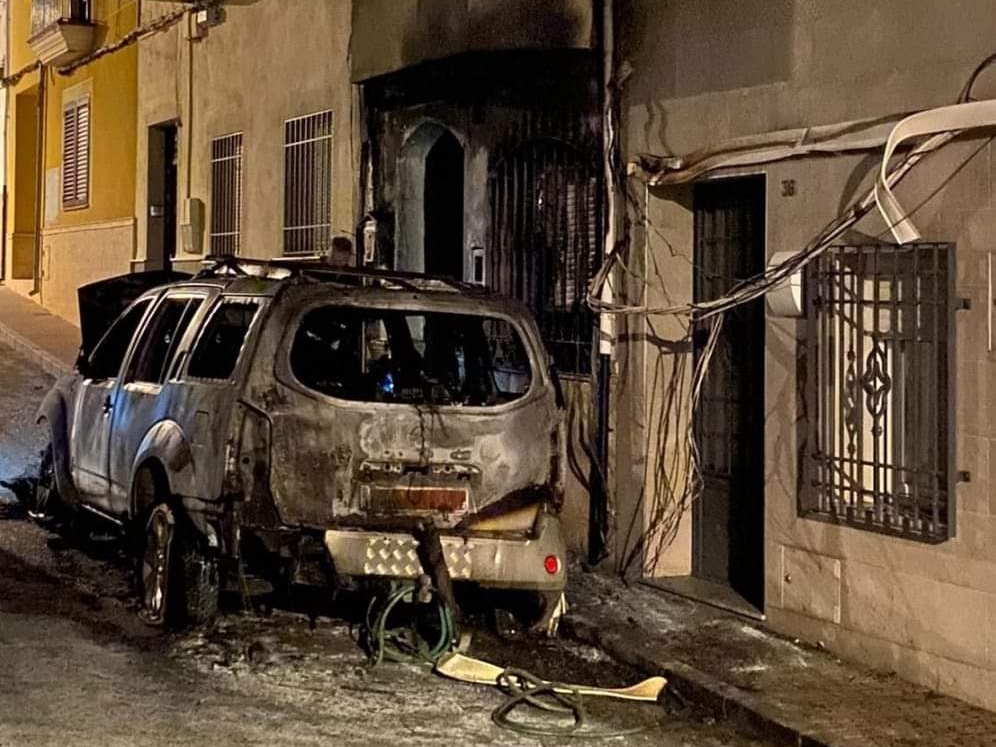 The Civil Guard is investigating the circumstances in which there has been a fire at the door of the home of the mayor of Navas de San Juan (Jaén, 4,500 inhabitants), the socialist Joaquín Requena, at dawn this Sunday. The flames started in a garbage container, that according to a statement from the PSOE of Jaén he would have been displaced to the house, and ended up affecting a vehicle parked at the door of the house and the facade of the building. The government sudedelgada, Catalina Madueño, has described the event as an “attack” against the councilor and has announced through social networks that the researchers are working to identify the author or authors. Neither the mayor nor his family, who were inside when the events occurred, have suffered personal injury.

The subdelegate @Cati_Madueno shows its rejection and condemns the attack suffered by the mayor of #Navas, Joaquín Requena. An act of violence that should have no place in a democratic state. After receiving the complaint, the Civil Guard investigates to identify the author or authors.

– Subdelegation of the Government in Jaén (@SubdeGobJaen) November 14, 2021

The fire, which broke out around four in the morning, has caused a movement of rejection and a wave of solidarity on social networks, with a condemnation of most of the political forces. The Diputación de Jaén has called for next Tuesday a rally in front of the mayor’s house to show solidarity with Requena and his family for an event that it has described as “presumably intentional.” “The violent would have placed and burned a container next to the door of his home, reaching the flames and damage to a parked vehicle and the facade of the building,” explained the PSOE of Jaén in a statement.

It is not the first time that the councilor of this municipality in the Jaen region of El Condado, which governs the City Council with an absolute majority, has suffered an attack. In September 2020, he reported to the Civil Guard the damage suffered to his vehicle and the graffiti against him where it could be read “monkey face”, “fag” or “the only virus is socialism.” Requena then said that these acts were not going to intimidate him.

The demonstrations of support for Requena have not stopped since the events became known. The general secretary of the Andalusian PSOE, Juan Espadas, has shown from his Twitter account his “rejection and firm condemnation for the violent attack” suffered by the Jaen alderman. The deputy secretary general of the party, Ángeles Férriz, He has spoken of the need to stop “this wave of hatred”, recalling that this week the death threats received on social networks by the socialist mayor of Jaén, Julio Millán, were also known.

The provincial leader of the PSOE, Francisco Reyes, has expressed his confidence that the perpetrators “are identified and the full weight of the Law falls on them.” Reyes has described the events as “savage”, has warned that “the lives of many people have been endangered.” Reyes has warned of the “radical drift of a minority that comes to break coexistence and fan the flame of hatred and confrontation.” “We must end the breeding ground for these messages and radical speeches, which sow tension and resentment, because in the end we have to end up lamenting disgusting attacks like this one where people’s lives are at risk,” claimed the secretary of the Jaen socialists.

The Popular Party has also shown its “most absolute rejection and rejection” of the violent attack against the home of the mayor of Navas de San Juan. “It is not admissible, nor understandable that there are people who carry out this type of act where great hatred is appreciated and in this case against a person who carries out a political activity and whose sole intention is to work for his municipality and for his neighbors,” he said. indicated the PP in a statement. Many other mayors of different political backgrounds have shown their solidarity with their colleague from Navas de San Juan.