“The Fall of Dilma”: Bolsonaro’s Role

Excerpt from the “If I lose” chapter of the book “The Fall of Dilma: The impeachment of Brazil’s first female president and the rise of Jair Bolsonaro to power,” written by Associated Press journalists Mauricio Savarese and Peter Prengaman.

The book offers a detailed analysis of the impeachment that jeopardized the democracy of Latin America’s most populous nation and accentuated divisions in ways that are still being felt today.

The far-right MP Jair Bolsonaro took the microphone and began to explain the vote he was about to cast.

At this point, it was almost certain that Brazilian President Dilma Rousseff would be subject to impeachment: 235 (deputies) had voted in favor of that measure and 82 against. But the words of Bolsonaro, known for his provocative remarks during a congressional race dating back to 1991, summed up the interpretation that many conservatives made of what was happening, which had nothing to do with the alleged tax crimes and the managing Rousseff’s budget.

“On this glorious day for the people, there is an individual who will go down in history. Congratulations, President (of the lower house) Eduardo Cunha,” Bolsonaro said, amid some applause and loud boos directed at the person who had launched the process that led to impeachment.

Surrounded by dozens of deputies, waving their hands and shouting into the microphone, Bolsonaro continued: “For the innocent families and children that the Workers’ Party never respected! Against communism! For freedom! Against the Forum from São Paulo! “.

The São Paulo Forum, founded by the left-wing Workers Party in the city of the same name, is a conference of left-wing parties and groupings that conservatives like Bolsonaro often question. In the last decades its participants have been mostly politicians of little renown with a socialist tendency, but that was enough for the forum to be in the crosshairs of the extreme right and those who believe in conspiracy theories.

It was a tribute to the military man who had supervised the repressive apparatus that tortured Rousseff when she was imprisoned, a clear low blow, shocking even from someone like Bolsonaro.

In the early 1970s, Ustra headed the Department of Operations and Information, an Army investigative unit that collected information and tortured suspected enemies of the dictatorship. Dozens of people died while he headed that unit and hundreds were tortured. Although in 2008 Ustra was recognized as a “torturer” by a São Paulo civil court, he remained an active participant in military clubs until his death in 2015, often defending the dictatorship.

Bolsonaro’s warm praise for Ustra reflected an increasingly popular idea in certain circles, perhaps romantic, and for many mistaken, that things were better when the military ruled. For Bolsonaro and the other supporters of this notion, during the dictatorship there was less violence and less corruption in politics, and, since there were no such things as gay marriage and LGBT rights, the nuclear family, made up of a man and woman. According to this vision, the only way to get Brazil out of the recession and to confront chronic problems such as violence, was by eliminating leftist ideologies and restoring “traditional values.” 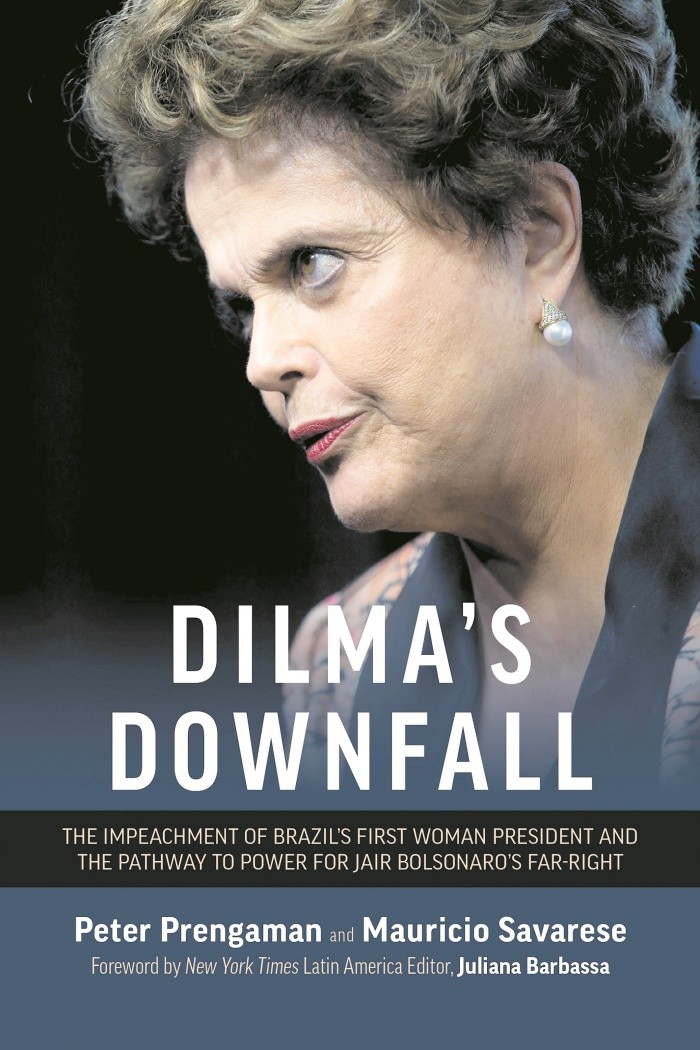 Bolsonaro, a foul-mouthed who was married three times, was far from being a model of the evangelical Christian values ​​he proclaimed. His list of offensive comments was long: He said he would prefer a dead son to a gay son. During a discussion, he told a deputy that “I would not rape you because you do not deserve it.” He frequently insulted gays, blacks, and women. But those comments, similar to the one he made about Rousseff’s torturer, garnered attention and helped pass him off as an ordinary person.

“Brazil before anyone else. God above all. My vote is yes,” Bolsonaro concluded. When he raised his arms as if celebrating a victory, there were more cheers than boos. That vote, while controversial and condemned in many circles, vastly raised Bolsonaro’s national projection, helping him pave the way for his 2018 presidential run.

What did Rousseff think and feel while the far-right leader expressed himself in this way?

“It was very sad to see Bolsonaro’s vote,” Rousseff told the Associated Press a year later, in an interview in which she revealed the regret she still felt. “I don’t think the average Brazilian agrees with what he said. Not even those who don’t like me.”

Another vote that the news repeatedly showed was that of Cunha, the president (of the chamber). He did not have to vote since he was chairing the session.

“May God have mercy on this nation. I vote for yes,” said Cunha, who then sat down in his chair.

When the vote on impeachment ended, the tally was 367 in favor and 137 against. The trial now passed to the Senate.

The notion that she was closer to being removed sparked celebrations among many legislators and there were fireworks in numerous cities. Some pro-Rousseff MPs wept in the chamber.

Many Brazilians thought that the departure of Rousseff and the Workers’ Party would mark the beginning of the country’s recovery. As much as this meant that the little-known Vice President Michel Temer would assume the presidency, many expected that Rousseff’s departure would unleash a major cleansing that would drag Cunha and other politicians accused of corruption. Others probably pretended they believed that.

For many who watched the session live – regardless of whether they supported Rousseff’s impeachment and felt great relief and joy or thought it was a terrible idea and were disappointed – the outcome was an embarrassment. The vote revealed the poor preparation and seriousness of many legislators. Several of them did not even mention the accusations to Rousseff when casting their votes, much less analyzed them.

Aside from that, the reality is that many deputies were themselves accused of crimes and were not in a position to try anyone.

Authors and the book

Peter Prengaman, AP’s news director for the western United States, was Brazil’s news director from 2016 to 2019. Mauricio Savarese is an AP correspondent in São Paulo. The book, published by AP Books, offers an in-depth look at the battle surrounding Dilma Rousseff’s impeachment in 2016 that jeopardized democracy in Brazil. Book link: https://www.ap.org/books/dilma-s-downfall