The EU, the US and the UK applaud the progress of the Glasgow agreement as environmentalists criticize the lack of ambition 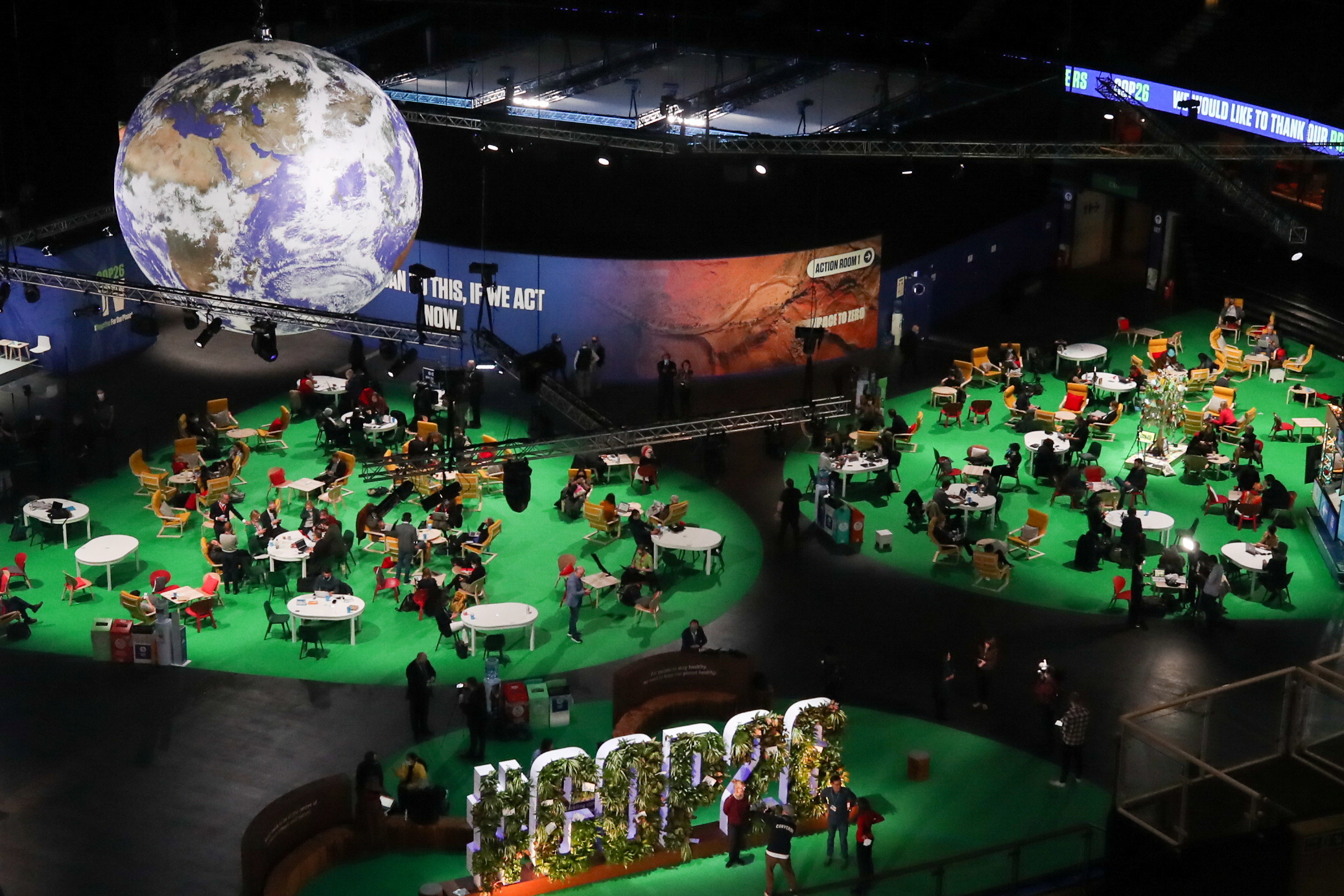 The final agreement of the Glasgow summit does not completely satisfy anyone and since it was closed on Saturday night there have been mixed reactions. Among those who prefer to focus on progress are the governments of the European Union, the United States and the United Kingdom, which has served as the host country for the presidency of COP26. The Vice-President of the Commission and head of European negotiators, Frans Timmermans, summed it up like this: “I firmly believe that the text that has been agreed reflects a balance of the interests of all parties and allows us to act with the urgency that is essential to our survival ”. But facing these positive evaluations have been the majority of environmental groups, which during the summit and after the final pact have criticized the lack of ambition of the countries to implement immediate measures to face the climate crisis.

The agreements within these UN summits have to come unanimously from the 196 countries present, which tends to stall these appointments, as happened again until Saturday night. The last stumbling block was the mention made of aid for fossil fuels and the end of the use of coal. The intense debate on these two points takes place in the meetings of the G-20 and the G-7 every time the fight against climate change is addressed, but it is the first time that both issues have been mentioned in the final declaration of a summit climatic. Finally, the countries most dependent on coal and some of the largest oil and gas producers managed to soften the language of the final declaration and that, instead of calling for the elimination of coal plants, a progressive reduction of this type of energy is called for. Energy.

This last minute change did not please many countries or environmental groups. Greenpeace International Executive Director Jennifer Morgan admitted on Saturday that the reference in the text was weak, but added: “Its mere existence is, however, a step forward.” The Spanish Vice President for the Ecological Transition, Teresa Ribera, goes a step further and thinks: “It is true that the agreement adopted in Glasgow does not include the end of coal but rather its reduction, but that the trees do not prevent us from seeing the forest. For the first time something like this is included in a UN agreement that affects 196 countries and, in addition, it has been agreed to put an end to fossil fuel subsidies ”. In addition, Ribera considers that these mentions send a signal “so powerful that it will allow this decade to be one of the large-scale banishment of fossil fuels.” “There has never been such a strong sector signal and there has never been so little response,” he adds.

That final statement from Glasgow also admits that the efforts that are planned to curb warming for this decade are not enough. In addition, the countries included in the text a request for climate plans to be increased in 2022 to close that gap. And it specifies what must be done if global warming is to not exceed 1.5 degrees compared to pre-industrial levels, the most ambitious objective of the current Paris Agreement of 2015: the sum of the collective efforts of all nations must make carbon dioxide emissions 45% lower by 2030 than in 2010.

The mere inclusion of that 45% is an advance, because it establishes a very specific cut goal for countries to adjust their objectives to a specific percentage. This figure comes from a report that the IPCC, the group of international experts that establishes the bases of scientific knowledge on climate change, presented in 2018. At the summit that was held that year in the Polish city of Katowice, they tried to get them to join The reference to the conclusions of that study and 45%, but it was impossible due to the blockade exercised by countries such as Russia, Saudi Arabia and the United States, whose president was Donald Trump at the time.

Three years later, in the final declaration of Glasgow, the IPCC has been put at the center and its reports are taken as “the reference point for political decisions”, as explained by the scientist Francisco Doblas-Reyes, a researcher at the National Center for Barcelona supercomputing and member of the IPCC. This expert considers this to be one of the most positive results of COP26 because data and figures are needed to serve as a reference to achieve the objectives. But he adds: “it is very positive that the 45% cut appears, but another thing is that it is feasible to achieve it. Seeing the commitments that the countries have, the accounts do not work out ”.

There, in these insufficient efforts, it is precisely in the place where many environmental groups focus their criticism, who have described the agreement as “disappointing”. For Ecologists in Action, the text approved in Glasgow “does not meet the expectations of the desired ambition” and “leaves a vast majority of countries unsatisfied” because it does not provide solutions “to the consequences of global warming that millions of people are already suffering. all over the planet ”. Irene Rubiera, spokesperson for Ecologists in Action and who has followed the negotiations from Glasgow, has stated that the agreement reached “does not generate a legal bond, an obligation for the countries to act” and is limited to expressing “invitations, recommendations and requests” without specifying “measures, clear times and real financing commitment”.

“The blah, blah, blah of the COP we also see in the Government of Spain,” said Tatiana Nuño, head of climate change at Greenpeace in Spain. “Good words will not save us from the climate crisis, we need action, urgent measures to quickly transform the sectors responsible for climate change and abandon fossil fuels in a planned but quick way,” he said. The Friends of the Earth organization has also criticized the summit’s lack of ambition and climate justice, which in its opinion moves away from the objective of limiting the increase in global temperature to 1.5 degrees and condemns “even more” countries. of the global south. In addition, it accuses the most polluting nations of pressing to prevent progress in the elimination of fossil fuels. In short, as Mar Asunción, from WWF in Spain, has summarized: “There is progress, but we need to increase the speed at which we travel the path towards decarbonisation.”