VIDEO. “I am going to resume the war you lost”: when Hubert Germain left to join de Gaulle in London in June 1940 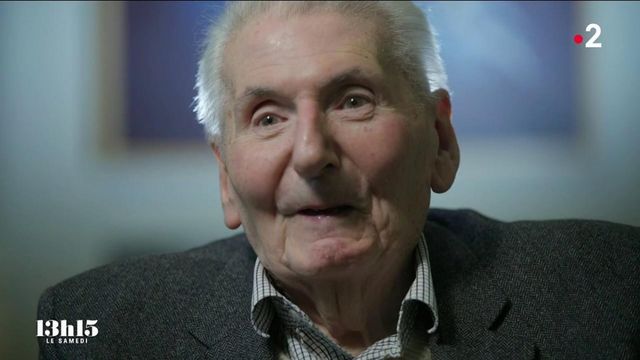 “I, General de Gaulle, invite all French people who want to remain free to listen to me and follow me …” The young Hubert Germain answered the call from Charles de Gaulle from London in June 1940. This click made him take the road to the port of Saint-Jean-de-Luz, in the department of Pyrénées-Atlantiques, where he will embark for England on June 24.

“There was a whole series of young people, whether students, workers, peasants … Well, it converged …” told the magazine in 2019 “1:15 pm on Saturday” (replay), the last Companion of the Liberation, disappeared on October 12, 2021 at the age of 101, and buried on November 11 in Mont-Valérien. He leaves behind him his mother and his sister in Bordeaux, because his father, general of the French army, is at the front.

“I don’t give a damn about this government!”

On the way to his embarkation port, Hubert Germain crosses paths with a senior officer who knows his family well. He addresses him: “General, I would ask you to take care of my mother and my sister if there was ever a problem.” The soldier replies: “But you are there! How are you leaving?” The future great resistance fighter retorts: “I will resume the war you lost.”

The general told him: “The armistice will be signed today [le 22 juin]. The government orders you to stay there! “Hubert Germain launches:” I do not give a damn about this government! “The stunned senior officer said to him:” What do you mean? Thug! I don’t care! I didn’t believe you like that… I’ll tell your father. ”The young man will manage to board one of the last ships leaving for the United Kingdom.