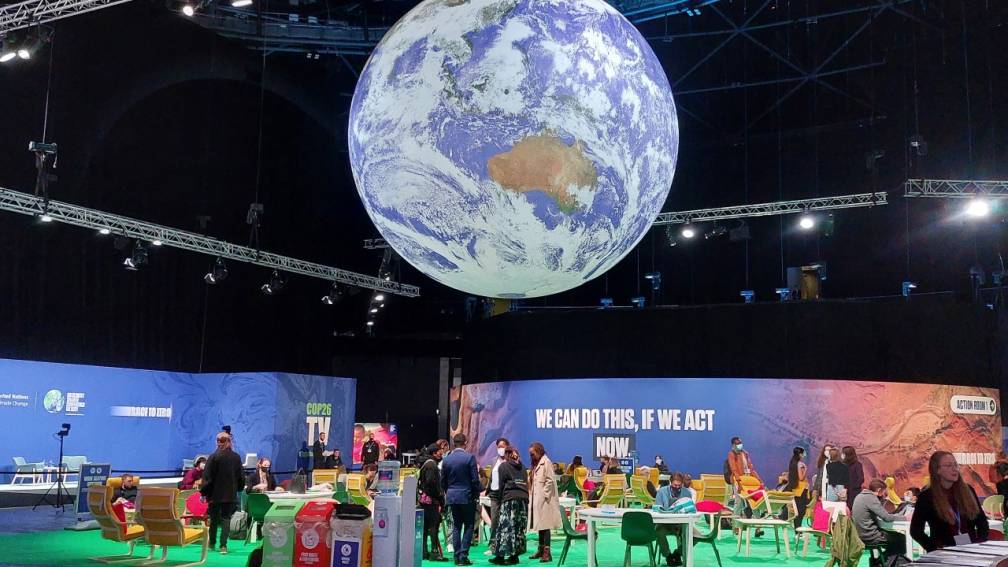 While the temperature is literally and figuratively rising in the overcrowded convention center in Glasgow where the international climate conference is taking place, negotiators from all over the world are still trying to extract what’s inside for their countries. The summit officially ends today. But the past shows that most climate conferences continue into the weekend.

A new text proposal was published this morning. It remains to be seen how countries will respond to this. Poor countries in particular have insisted that ‘climate finance’ be more central, ie that more attention is paid to aid to countries most vulnerable to flooding, extreme drought and rising sea levels due to global warming.

Tens of thousands of people are again passing through strict security in the Scottish conference center today. Once inside, they swarm together, and ministers and other negotiators keep trying to refine different parts of texts until viable compromises are reached.

According to those involved, there are still a few important obstacles, which have to do with the already mentioned money from rich for poor countries, the rules that countries must adhere to when implementing the Paris Climate Agreement and the agreement on how many degrees the earth can still be allowed to reach. ‘ heat up. Yesterday, UN Secretary-General Antonio Guterres said the summit “very likely” will not deliver the commitments needed to limit global warming to 1.5 degrees.

Countries may agree that they will make those commitments before the end of next year. The question of money is often even more important for poor countries. So far they have been dissatisfied with what was on paper, and the question is how they react to the latest text proposal. On the third point, that of the rules, there seems to be some movement already.

After six years of negotiations, the aim is to finally determine which rules countries must adhere to. “There is more willingness to make compromises”, notes Jos Cozijnsen, an expert in the field of emissions trading and a frequent visitor to climate conferences. He says that’s because the US is now back on board.

He is positive about the agreement that China and the United States made this week. “Actually, you are only now continuing with the elaboration of the Paris agreement, because America is participating again. We have had a power vacuum for four years, because the US was missing. For making agreements, China and the US are the biggest emitters. really important.”

In addition to these elements, the summit resulted in more partial agreements than previous climate conferences. About deforestation, methane and fossil government support, for example. Yesterday it was also announced that a few extra countries are joining the so-called Beyond Oil and Gas Alliance, an initiative by Denmark and Costa Rica to end new, and in the future all, oil and gas extraction.

The Netherlands does not agree with this. And Great Britain, chair of the climate summit, is also not participating. France, Greenland, Ireland and Sweden do, as do Wales and Québec. The Dutch government says that natural gas will still be needed in the energy supply for the time being.