Moro arrived and ruined the game, but Lula is still Lula 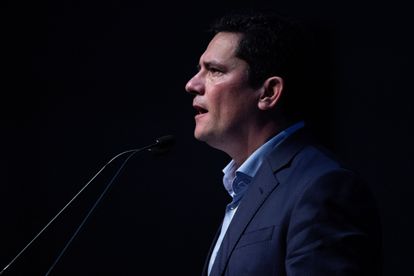 Imagine the following scene: around a table twelve people are playing a card game. Each one makes their calculations to win the game. Suddenly a new character enters who also wants to play and destroys the cards of the other players who had already adjusted their bets. And it creates confusion. This is what has happened with the complex game of the Brazilian presidential elections with the sudden entry of the former Lava Jato judge, Sérgio Moro.

Those who had already announced their desire to participate in the electoral contest, with their cards in hand, made plans and calculations to try to win the game. It is clear who they were: President Bolsonaro and former President Lula in a clear polarization of two myths to the antipodes of the political game and another ten players called the third way or alternative to the strong polarization between the two populist myths.

Suddenly the ghost of the controversial judge Moro appeared on the scene, removing all the bets already in play and creating confusion since he somehow disrupted the game already underway. Now that Moro has declared that he too wants to play and contest the political throne, the obvious question that so many are asking is what concrete effects the arrival of the new opponent can produce: Will Bolsonaro help the myth of whose government he was already part as Minister of Justice? Or the charismatic Lula who had won the judicial battle dragging him to jail and then losing again to him in a complex judicial game in the Supreme Court?

Or will Moro’s entry into the game help the third-way team trying to break the polarization between the two undisputed favorites so far by all polls? For the moment, if Moro’s candidacy for the presidency is confirmed, the only certainty is that instead of reinforcing the third way, what he has done is to confuse the cards of the game even more to everyone, although perhaps less than anyone to his judicial enemy , Lula.

Moro will be able to extract votes from Bolsonaro, who from his friend and minister became his political adversary. Now, the captain’s disillusioned by his inability to govern and by his extremism and coup dreams, voters of the liberal right, the upper classes and the world of finance who would never vote for the left could find in the former judge and his creed liberal rightist but without the fanfare of Bolsonarismo, as a reliable bet. The doubt is how the simple people, from the Northeast, who need to eat will see the ex-judge Moro. Do they identify with your speech? Do you see him?

The one who, paradoxically, could gain from the Moro earthquake is precisely Lula. His followers, who today appear as the most numerous capable of giving him victory already in the first round against Bolsonaro, will not give even half a vote to the former judge who crushed the leader of the right with his processes against him.

Those on the right today who feel sorry for having voted for the captain are more likely to want to bet, the other way around, on the conservative Moro whom they see as less dangerous and more intellectually prepared than the now extravagant and incapable of governing, Bolsonaro. And this indirectly helps Lula weaken his greatest opponent.

But it is precisely to the third way that the arrival of Moro creates major headaches. For those ten candidates who have not just found a leader among them, the arrival of Moro, instead of strengthening her, pulverizes it even more and, strangely enough, the entry of the new partner is going to bring them more confusion than cohesion.

Anyone who knows Moro closely and his exorbitant ambitions knows very well that if he has entered the game and turned it upside down, it is not to lose but to take over the deck and try to win the game. He will hardly accept being the vice of any of the candidates of the third way. He will try to beat them. Hence the fact that until now and after their first speech in the affiliation to Podemos, the other candidates, whose majority did not appear at the event, will see with sharp eyes the next steps of the intruder who arrived at the arena of the game not as one more but with the disguised intention of humility to bet on victory.

If the presidential candidacies of Lula and Moro are confirmed there is little doubt that one of the great attractions will be the debates on radio and television in which the two candidates will have to face each other. Bolsonaro does not count because he will look for an excuse to avoid such debates as happened in the ones he was elected to which the still mysterious attack against him freed him from the fight.

A debate between Lula and Moro will be full of symbolism. This time it will not be the judge and the accused face to face, as happened in the Lava Jato processes. They will be two candidates to try to conquer the government of the nation. Moro arrives already defeated before his condemned man who managed to rise from the ashes of his sentences.

The judicial duel between former president Lula and Moro in which the ex-unionist has ended up winning the battle against the implacable judge who ended up taking him to jail is a well-known story.

Moro is more Nordic style, Lula is more tropical. The judge is ice, and the former president is all fire.

Lula is considered one of the politicians with the greatest charisma and ease of speech. You can improvise for hours without reading. It has a natural dramaturgy that makes it grow with controversy. Moro, as he himself has confessed in his speech, has no voice, it is difficult for him to speak, he is more academic than political. It is difficult for him to improvise.

Moro resembles in his character and in his way of addressing the public a Nordic European who gives a class to his students. He is not a man of emotional outbursts. Lula doesn’t mind talking crying. It speaks to the heart more than the brain. On the contrary, Moro is more comfortable in the figure of the professor in a lesson at the university. They are water and wine

Moro, in justice or in politics, will always be the enigmatic, cold and dangerous Moor who does not like to lose. Lula will continue to be Lula, the Phoenix that always ends up rising from the ashes of its misadventures.

The game is open. Place your bets.