Wingsuiter Fred Fugen had to “relearn to live” without Vince Reffet

“I think about Vince all the time and it’s hard all the time. Imagine, we spent 20 years together and shared billions of cool stuff. Since his accident, I have to relearn how to live. »The wingsuiter Fred Fugen (42 years old), aware of being “in full reconstruction work”, will have to face on November 17 the first anniversary of the death of his lifelong accomplice, Vince Reffet. The 36-year-old Red Bull athlete suffered a fatal fall a year ago during training in a Jetman (a motorized wing, with four mini-reactors) in Dubai.

Ten days later, Fred Fugen, his close friend with the Soul Flyers – this spectacular duo of Haut-Savoyard tunes -, wanted to base-jump from a cliff above Lake Annecy, with several relatives. by Vince Reffet. “The next day, we had a ceremony to disperse Vince’s ashes in La Clusaz, the spot where we trained most often in recent years,” says Fred Fugen. It was then that this skydiving enthusiast, since a flight alongside his father at the age of 10, faces a dilemma: should he abruptly stop the whole Soul Flyers adventure or, on the contrary, quickly plunge back in new projects? 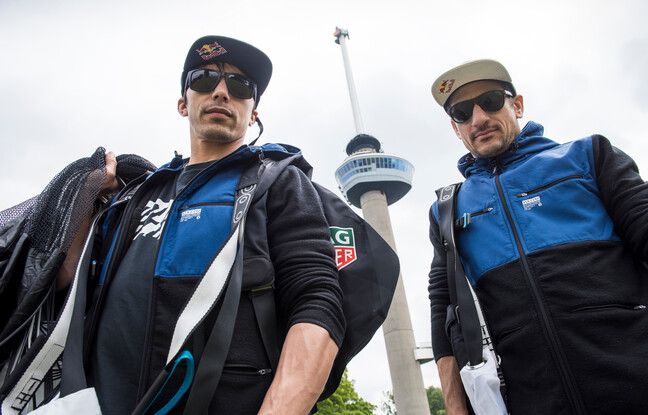 “For him, there was no other way out than to set off completely”

From December 2020, he opts for the second option, by going to Lebanon to spot a wingsuit flight (with a winged suit) scheduled for several months with his missing friend. Not without difficulty, as the person confides: “It was hot to get back into it, but this trip changed my ideas a little”. Producer and director of many Soul Flyers projects, Dino Raffault accompanies him. He returns to the ordeal that Fred Fugen went through.

I find him very courageous for a year, because Fred and Vince were brothers, with an exceptional destiny. At the same time, I couldn’t imagine her going over it all on her sofa. For him, there was no other way out than to set off again as he always knew how to do, and thus bring Vince’s memory to life. “

“I can imagine what he would have thought”

Fred Fugen’s 2021 agenda was quickly filled, from January and a flight on the face of Bellevarde (Savoie), launched there too a few months earlier with Vince Reffet. “I got it into my head to complete the many projects we had imagined together,” he reveals. Realizing them is a way for me to still be with him. What is new is to think about it all alone. But we knew each other so well that I can imagine what he would have thought. “ 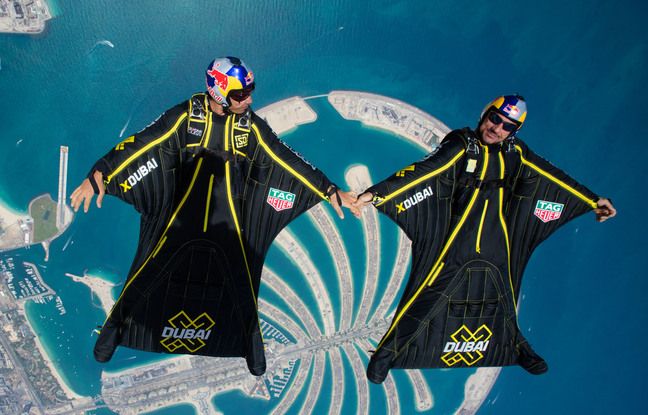 In April, Fred Fugen therefore visited in the sacred valley of Qadisha, in Lebanon, to fly over a cedar forest classified as a UNESCO World Heritage Site, as he had planned to do with Vince Reffet. “There had never been a wingsuit flight in Lebanon before,” said the Haut-Savoyard, surrounded for the occasion by Vincent Cotte and Aurélien Chattard, two athletes who already accompanied him regularly before this tragic 17 November. 2020. He finally multiplies his aerial exploits in 2021, with “at least as many” projects completed as in his Soul Flyers years with his faithful sidekick.

“I never imagined that I would be able to do so much without him,” he says. But as soon as I drop, I think about Vince, all his energy and his envy, and it gives me a boost to keep it all going. I feel him with me to push me. He used to say that we also continued to steal for the friends that we might have lost. Today, therefore, I continue to fly for him, but for me too, because it is all my life. “ 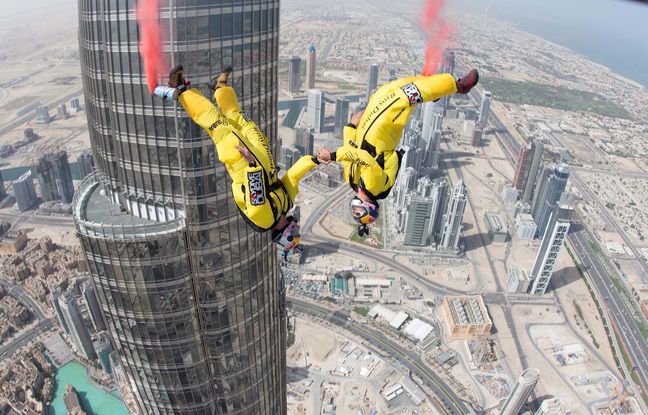 His parents, both longtime free fall enthusiasts, had even met in a skydiving center. And thirty years after having jumped for the first time, during childhood, with his father Yves, Fred Fugen did it again last month, and freefly and Egypt, with his now 80-year-old father. This family heritage continues to inspire the Soul Flyer, who spent his summer in base-jump, with friends and his partner. “We went on vacation with my wife for three weeks in Italy, and since she is as hyperactive as me, we did base-jump and hike every day,” he smiles.

“It’s also a way of clearing my head”

Fred Fugen did not take the time to breathe in 2021: he has Wingsuit crossing at 250 km / h, just 15 meters from the ground, the heart of the Avoriaz resort (Haute-Savoie), “a completely crazy project”, and flew to Egypt, for another new and “unforgettable” wingsuit project in the middle of the pyramids , with Vincent Cotte and the American Mike Swanson. So many escape-like shots as he recognizes.

Despite Vince leaving, I really enjoy doing these flights with friends. It’s absolutely awesome to be able to fly a wingsuit in the mountains. Our sport brings unparalleled feelings of freedom. When I’m in mid-flight at 200 km / h on average, I think of nothing but living in the moment, so it’s also a way of clearing my head. “

All without ever thinking of the worst? “We were already extremely careful, Vince and I,” says Fred Fugen. I try to be even more careful but it’s hard. We are in engaged sports, in which there is a risk, and we accept it. You have to understand that Vince’s accident is with Jetman, an experimental discipline very different from the base-jump and the wingsuit that we have been practicing for so many years. “

Nicknamed “the flying man”, Vince Reffet had “pushed very far” the practice of Jetman, becoming the first athlete in the world to take off from the ground to fly to 1,800 m altitude, and this by reaching the speed of 400 km / h. For Fred Fugen, one of the toughest tests of the year was therefore to do around fifteen flights in a Jetman, in August in Spain. The first carried out worldwide since November 17, 2020.

“There is now an additional motivation”

“That day, I had real apprehension,” he admits. But I was not alone, I trusted the engineers. I left on “classic” flights, and not at low altitude like Vince did. It was therefore less involved than when he had his accident. It was important for me and for all the guys on the team to take this step. “Relieved” to have validated this moment in his personal “reconstruction”, he plans to launch a film on “the whole of our career”.

From six freefly world championship titles in the 2000s to Soul Flyers’ exploits like A Door in the Sky, when they soared off a cliff in a wingsuit in 2017 to slip inside a plane. in full flight, in “a scene worthy of James Bond” (dixit Dino Raffault), there will be material. “Maybe one day, I’ll stop it all,” says Fred Fugen. But now there is an additional motivation: I also want to fly to pay tribute to Vince, and to honor him. Word of Soul Flyer.