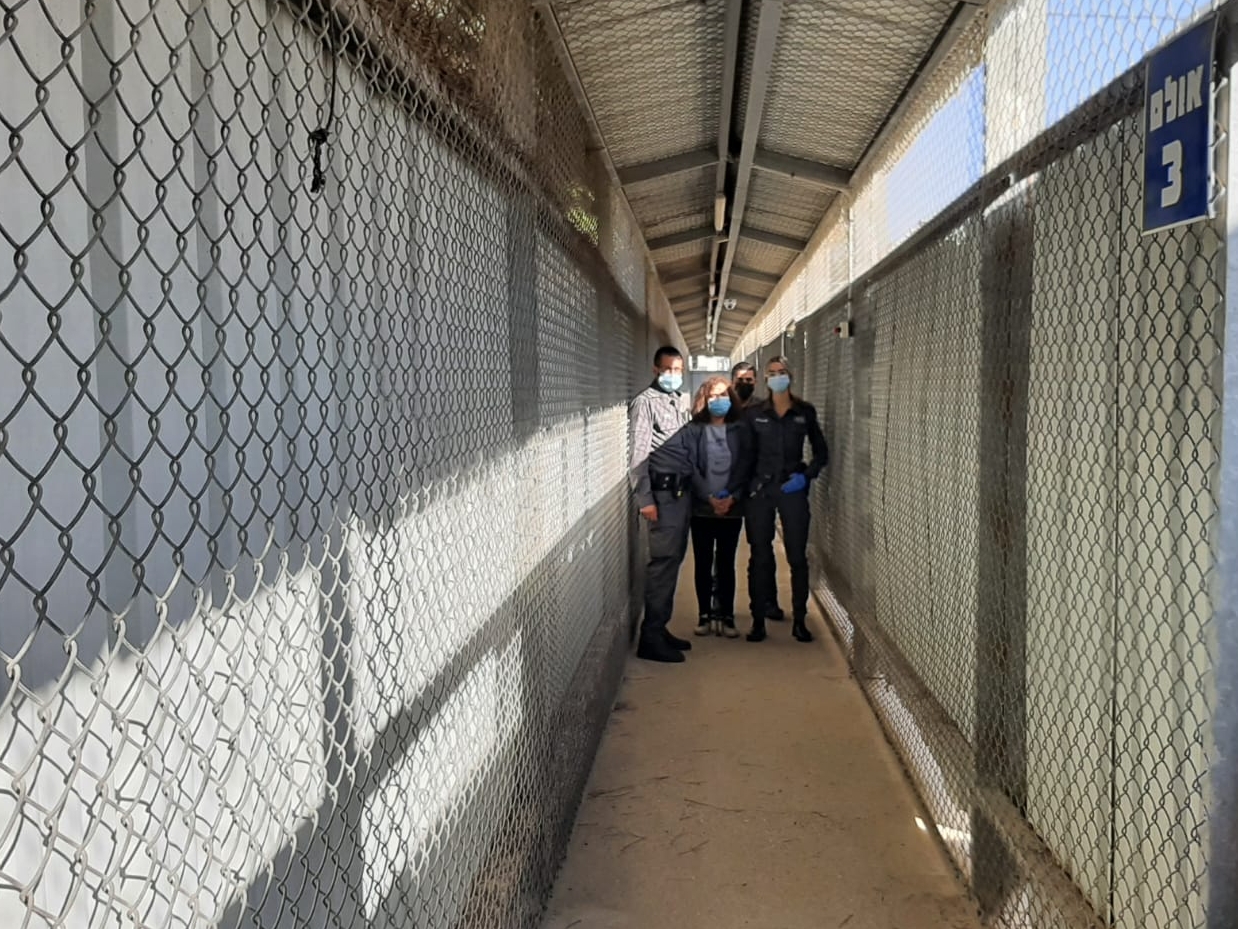 An Israeli military judge has found guilty the Spanish aid worker Juana Ruiz Sánchez, 63, imprisoned for seven months on charges of collaborating with an illegal Palestinian organization classified as a terrorist, while the Israeli military prosecutor’s office has lowered it to 13 months in prison the request for punishment for Ruiz. This procedural twist, which frees the humanitarian worker from the expectation of a long sentence and opens the way to her release from prison, was made public this Wednesday at a hearing held at the Ofer military court, in the West Bank. The judge has ruled guilty in compliance with the agreement reached with the defense and announced that she will make the sentence official, predictably in accordance with the prosecutor’s offer, on November 17.

Ruiz’s defense approved the agreement proposed by the prosecution to close the case, given that “charges that carried maximum sentences are dropped.” The case against the Spanish aid worker, an employee of the Palestinian health NGO Committees for Health Work since 1993, thus enters the process of being concluded after her arrest on April 13. At dawn on that date, a score of Israeli soldiers broke into his house near the Palestinian city of Bethlehem, where he has lived with his family for more than three decades. By reason of his residence he is subject to the military jurisdiction that governs under the Israeli occupation for the Palestinians.

A few hours after the hearing in the military court, two ministers highlighted in a joint statement that “the admission of guilt” of Juana Ruiz, recognized in their opinion in the judicial agreement, confirmed that the humanitarian worker had raised funds for a terrorist organization. The note, signed with a political rather than legal approach, by the Minister of Foreign Affairs, Yair Lapid, and the Minister of Defense, Benny Gantz, made explicit reference to the banned Popular Front for the Liberation of Palestine (PFLP) party, classified as a terrorist.

Avigdor Feldman, Juana Ruiz’s main defender, insisted that he approved the agreement, but did not accept in any case the charges of his client’s connection with the PFLP, and warned against the temptation to “misinterpret” the pact with the prosecution. Israel accuses that party of the Palestinian left of having created a network of “civil society organizations”, such as the Health Work Committees and six other Palestinian NGOs, to be financed with donations from European cooperation. The text of the agreement reached expressly indicates that Ruiz accepts the charges, although not the background of the events incorporated with the prosecution to incriminate Palestinian NGOs.

The Israeli NGO B’Tselem accused the foreign and defense ministers of trying to manipulate Ruiz’s negotiated sentence “to incriminate Palestinian civil society organizations.” “They have not provided any evidence before and now they intend to justify with this case their decision to close and silence these associations,” B’Tselem said on social networks.

In a statement released by the Army, it is also stated that the Spanish aid worker “raised funds for the NGO Committees of Work for Health (in which she worked”), and then added that the funds it received from European donors were diverted. then to the PFLP. Presumably, the antecedents of the case included by the prosecution in its offer and contested by the defense have weighed on the decision of the magistrate, who insisted that they be included in the pact during the hearing.

The military justice will take into account, however, what was agreed between the prosecutor and the defense. The aid worker accepts two of the five charges that the prosecutor had filed against her in May – collaboration with an illegal organization and foreign exchange trafficking in the West Bank – in exchange for a sentence of 13 months in prison and a fine of 50,000 shekels (about 14,000 euros), relatively mild for a security case with alleged links to terrorism.

“I always thought I was working for a legal organization. I’m very sorry if I made a mistake about something. I hope they take into account that I have not tried to do harm, ”Juana Ruiz closed her statement before the court. His hands were handcuffed and his feet were shackled. An interpreter translated the successive interventions at the hearing into Spanish, and a lawyer from his defense team offered clarifications in Arabic during the session, which was attended by two representatives of the Consulate General of Spain in Jerusalem and a UN observer. The humanitarian worker has pleaded not guilty. He had previously complained of not having been able to meet with his lawyers to find out in detail the agreement with the military prosecutor’s office.

Lawyer Feldman rejected the mention in the prosecution charges of the six Palestinian NGOs that have recently been declared as terrorist groups by the Israeli Government and Army. “They have nothing to do with this case,” protested this veteran Israeli lawyer, defender of human rights, who ended up accepting the offer as a whole. “The pact is appropriate to the gravity of the case, so we are satisfied,” summarized Feldman. “It is clear that she did not know that the money collected (from public and private Spanish donors) could be diverted to the PFLP,” he concluded.

Ruiz already attended a closed-door session in Ofer on Monday in which his defense discussed with the military prosecutor a transaction that would allow his release from prison. “The agreement is well advanced and an attempt will be made to make it official,” one of his lawyers anticipated then. “We trust that it will serve to facilitate release,” he added. A military judge denied two weeks ago the petition presented by the defense for the humanitarian worker to go to house arrest. The Spanish aid worker is medicated due to a chronic disease and suffers from an ailment in an arm that partially paralyzes her hand, her relatives say.

Her husband, the Palestinian Elías Rishmawi, and the married couple’s daughter, María Rishmawi Ruiz (who has traveled from Spain to see her mother), were able to speak briefly with her after the court session. “She is in good spirits, but in the end she always gets sad when she says goodbye,” her husband recalled the meeting on Monday. “Hopefully he can meet with us soon!”, Summarized Rishmawi, who met Juana Ruiz when she was studying Pharmacy in Spain. In seven months of judicial ordeal, the humanitarian worker has only been able to receive two family visits in prison, hold half a dozen meetings with consular representatives and make a phone call.

Rodrigo Cuba’s father on Melissa Paredes: “Instead of being smart and saying ‘I was wrong’, he makes mistake after mistake”

Rodrigo Cuba's father on Melissa Paredes: "Instead of being smart and saying 'I was wrong', he makes mistake after mistake"