Why do two thirds of high schools have no equality referent? 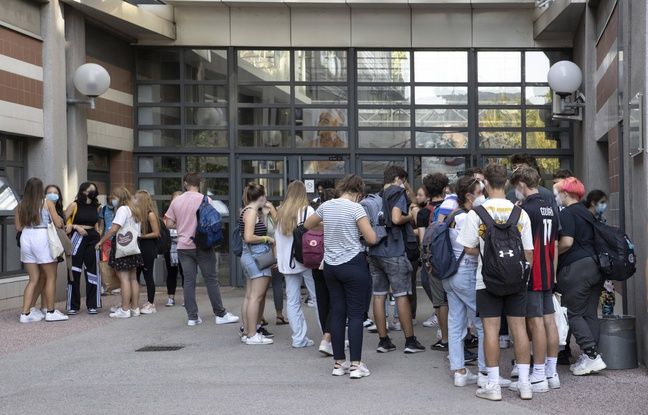 Have you ever heard of equality referents in middle and high schools? Responsible for disseminating a culture of equality between men and women, they develop actions aimed at deconstructing prejudices, preventing harassment and gender-based and sexual violence, and combating gender-based discrimination and LGBTphobia. Referent missions which are generally carried out by teachers or a member of the establishment (childcare center, school nurse, etc.)

Or, yes interministerial committee of March 8, 2018 had planned their generalization in all secondary schools in France, it is clear that three years later, this is far from the case. According to a survey*
#WeAll revealed by 20 Minutes, less than one in three high schools has an equality referent. “Many school leaders do not even know what this mission corresponds to. And volunteers do not run in the streets, for lack of financial means, hours of landfills or resources available to carry out this mission, ”notes Marylie Breuil, member of the feminist collective. The special assignment allowances that are granted to teachers are in fact not always paid to equality referents, as witnessed by Stéphanie, who held this position in two high schools: “It was pure volunteering on my part and I didn’t had no budget to set up educational actions with students, make photocopies or posters, ”she says.

A real lack for the students

There are also strong disparities depending on the establishment: 59% of public high schools have an equality referent, while 89% of private high schools do not. “Perhaps the heads of private establishments think that their students are less prone to harassment and violence than in the public, but this is not the case,” continues Marylie Breuil. And the situation differs considerably from one region to another: in the PACA region for example, #NousToutes has identified that 79% of high schools do not have an equality referent, while they are 40% in Normandy.

This absence has real consequences for the students, as Marylie Breuil observes: “Dozens of high school students have requested #NousToutes via social networks after being assaulted or harassed within their establishment, not knowing where to turn . They would have needed a referent, who is supposed to be able to help them with complete discretion and independence. It is also in adolescence that the choice of the course of study arises, and gender stereotypes can then have repercussions on the choices of orientation ”. Stéphanie can also testify to the usefulness of her actions as a referent: “I created a board game on girl-boy inequalities with students, I took a group of students to attend an event. “girls and math” organized by normaliennes, I organized a poster campaign on gender stereotypes… “, she lists.

The situation is not ideal either in establishments which have an equality referent. Because according to #NousToutes, they lack access to educational and support content to carry out projects on gender equality. “And we don’t have dedicated hours with the students, so we work with them during lunch breaks or at the end of the day, which is not the ideal time to motivate them,” explains Stéphanie.

Based on these observations, #NousToutes asks the government to enforce the law concerning the presence of these referents, to allocate them dedicated envelopes or hours of discharge, while allocating them dedicated time in front of the students. “There is a liberation of speech, we need a liberation of listening,” insists Marylie Breuil. Asked by 20 Minutes, the government did not wish to react to this investigation.

Ruud de Wild attracts 847,000 viewers with a documentary about cancer