A petition to regulate hunting passes the 75,000 signature mark 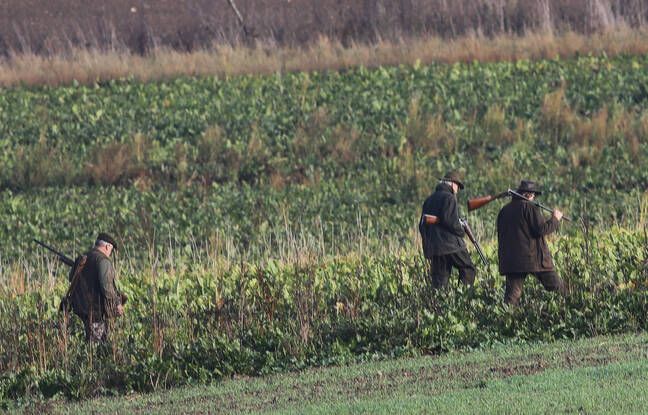 A petition calling for measures against “hunting-related deaths, violence and abuse” passed the 75,000 signature mark on the Senate website on Monday, approaching the threshold triggering a review in the presidents’ conference, set at 100,000 signatures .

The petition was launched on September 10 by the collective “Un jour un hunter” created following the death, on December 2, of a young man of 25 years, Morgan Keane “shot dead by a hunter while he was chopping wood in his garden ”. Very recently, a motorist died after the shooting of a hunter, while driving between Rennes and Nantes.

According to the regulations of the e-petitions platform, created by the Senate in January 2020, petitions having collected at least 100,000 signatures within 6 months are sent to the Conference of Presidents. The latter, which brings together around President LR Gérard Larcher the presidents of political groups and committees, “may decide to follow up” by placing a bill on the agenda, creating a control mission, a debate in public session …

Only one petition has so far reached the threshold of 100,000 signatures, the one asking for the de-maritalization of the allowance for disabled adults (AAH). For the president of the environmental group Guillaume Gontard, who supported the hunting petition, “there is no doubt that it will reach” this threshold. EELV MEP David Cormand, the Animalist Party, the Brigitte Bardot Foundation and LFI MP Bastien Lachaud also support the petition.

The post-presidential election to act?

In particular, she asks for the ban on hunting on Sundays and Wednesdays, “on the whole of French territory and without the possibility of any derogation”. A proposal close to that of the EELV presidential candidate Yannick Jadot who wants to ban hunting during weekends and school holidays.

Also for Jean-Noël Cardoux (LR), president of the hunting and fishing study group of the Senate which brings together some 70 senators from different sides, if the petition were to reach the threshold of 100,000 signatures, “wisdom would dictate that we wait for the presidential election ”to follow it up.

This defender of hunting, says he is “serene” in the event of a debate in the Senate and specifies that he has “some proposals to make” to strengthen security, in particular to “eliminate grazing shots” during the hunts, the most dangerous .

For Guillaume Gontard, “we must get out of the debate for or against hunting” to “open the debate on the issue of security and the sharing of nature”. “There is also an expectation among rural people,” he emphasizes. The Presidency of the Senate did not wish to speak on the subject at this stage. Mr. Larcher himself is passionate about hunting.