Sexual abuse: in Lourdes, lay people between fears and hopes 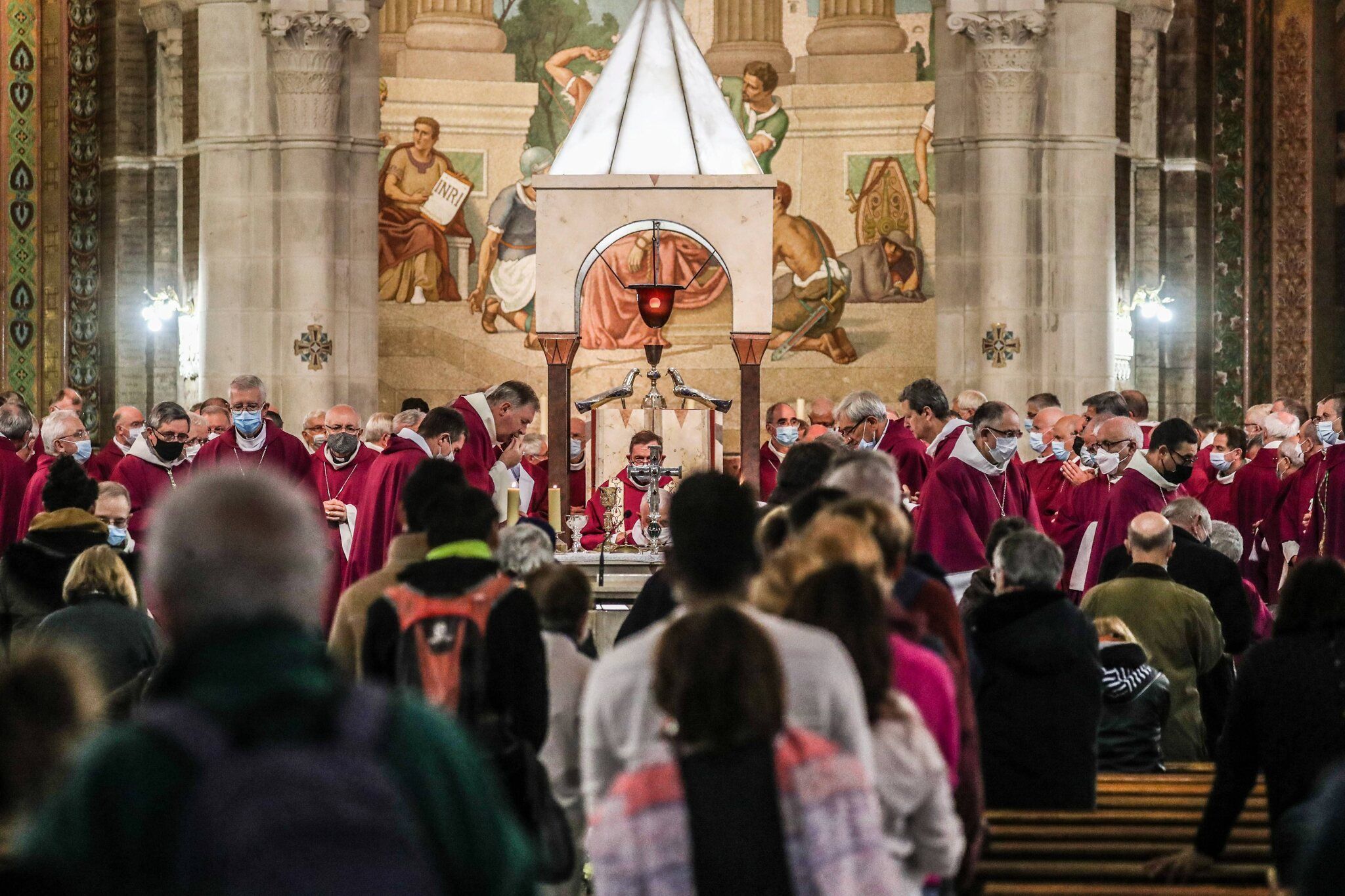 Representing the “Veilleurs en Provence”, three parishes of Bouches-du-Rhône associated with the Promises d’Église movement, Louis de Courcy arrived in Lourdes with a touch of suspicion, fearing like others that the invitation sent by the bishops to a hundred lay people to participate in the work on the post-report Sauvé is limited to a “communication operation”. At the end of these two half-days of exchanges, Friday 5 and Saturday 6 November, this former journalist of La Croix, now retired, saw “much more and much better, a very important step for the Church of France” .

→ READ. Sexual abuse: in Lourdes, the Church of France recognizes its “institutional responsibility”

The recognition by the bishops of their institutional responsibility in the face of sexual abuse committed in the Church since 1950 and of their systemic nature, Friday at midday, freed the floor and the common work.

Freedom of tone and frankness, on both sides, dominated the discussions. “We went there cash, there was no pseudo-protocol deference,” says Arnaud Bouthéon, co-founder of the Mission Congress. In groups of ten participants, lay people and bishops were able to discuss Friday afternoon on the way in which they had received the Sauvé report as well as on the follow-up to be given.

A “photolanguage” had been proposed to facilitate the discussions, but many did without it to get directly to the heart of the matter. Guests expressed the anger of the faithful and their expectations of strong gestures, of a real work of repair which costs the Church. “I clearly said that I did not understand that certain bishops did not hand over their office the day after the publication of the Sauvé report”, testifies a participant.

During these crossroads, many lay people found the bishops “groggy”, still shocked by the Sauvé report. Many shared their feeling of humiliation, their immense sadness, even to tears. Some bishops recognized in small groups that they had arrived at this responsibility without really having wanted it or having been very prepared for it. Others confessed that the Ciase report called them into question in the way they governed their diocese. Deprived, discouraged, many have even confided that they are considering handing over their responsibilities. Still others were able to express their relief at feeling “surrounded to face what they did not feel capable of carrying on their own”.

→ ANALYSIS. Pedocriminality: in Lourdes, the bishops on their knees repent

“They broke the armor,” notes one participant. “I saw their hearts open,” said another. “We saw them in a vulnerable position. They did not hide it and this opened up a very real and very fraternal collaboration ”, assures Louis-Etienne de Labarthe, member of Emmanuel associated with Promesses d’Église.

“It was good to hear the pain of the bishops, their concern, unfiltered. They seemed happy not to be alone, ”recognizes Clémence Pasquier, 27 years old. Engaged in the pastoral care of young people in Lyon, however, she comes out with mixed feelings, between hope and fear. “Most were listening but they failed to communicate their intention to us well. Meeting and listening to each other is great, but I’m afraid it won’t be of much use other than comfort. We still lack so much method, vision, that despite everything we have shared, this dialogue seems inefficient and may have caused some frustration and discouragement. We didn’t know what our word was going to be used for and we don’t know it yet. We really need to learn to collaborate. “

The need to appeal to the laity

Some participants also regretted that the working hours with the bishops were not longer. Saturday morning, the restitution of the many ideas evoked quickly the day before during a workshop dedicated to the recommendations of the Ciase gave the impression of an abundance everywhere, in all directions, and gave rise to disparities of approaches among the lay people.

→ READ. In Lourdes, lay people are committed “so that the Church of tomorrow is not that of today”

However, the need for the bishops not to remain alone but to get help from the laity and to have recourse to their varied expertise clearly emerged. “The Church should not be afraid to resort for example to modern tools of human resources, management, but for that, it would be necessary to find professionals who have the technical expertise, the freedom of tone and the ecclesial sense”, illustrates Arnaud Bouthéon. “They are overwhelmed by the magnitude of the task. At the same time, they can count on the support of committed lay people who want to help them, ”emphasizes Louis de Courcy.

What will be the follow-up given to this meeting? The decisions announced for Monday, November 8 were eagerly awaited to confirm the determination of the bishops to implement the reparation promised on Friday. “It’s a step that starts now. We felt a real desire to work together, differently, ”says Louis-Etienne de Labarthe. “Inviting the laity was essential, but clearly, the next time with them will have to be thought out in advance and better organized, insists Clémence Pasquier for her part. That there be a real in-depth reflection, a vision: for what purpose do we come and what will our words be used for? “