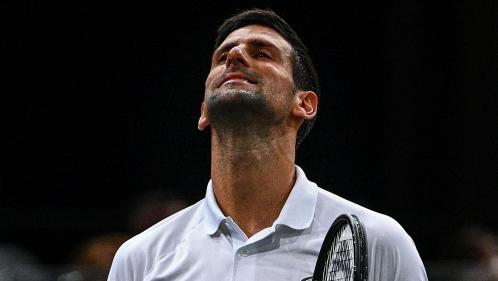 “I don’t spend my days moping because I didn’t do the Grand Slam this year. I’m very relieved that the Grand Slam tournaments of the season have passed, because I felt the pressure to be phenomenal, like never in my life ”. By winning the Masters 1000 final at Paris-Bercy at the expense of Daniil Medvedev on Sunday, November 7, Novak Djokovic won more than one match. He also showed the whole world what makes him an exceptional champion: extraordinary resilience.

The shock had been terrible. Imagine. One match, one victory, and Novak Djokovic achieved one of the greatest feats in the history of tennis, and even of sport. Namely, the absolute Grail, the calendar Grand Slam, that only Rod Laver had managed to conquer in 1969. A match. A simple match. However, in the final of the US Open, the last step to close the loop, there was not even one. Or an ersatz, the Serbian being totally consumed by the pressure. Like rust, it had attacked every fiber of his being and had frozen him in place. But it would be an offense to the world number 1 to say that he had succumbed to a simple scare. Opposite, Medvedev had completely “Daniilé” the will of the Belgradois.

Swept in three dry sets (6-4, 6-4, 6-4), in tears, the Djoker saw his dreams collapse. Brutally. To the extent of the hopes he had placed in this quest that many thought impossible. Already, his failure at the Tokyo Olympics (eliminated in the semifinals by Zverev) had put a little knife in his disproportionate pride, he who was squarely targeting the Golden Slam (the four Grand Slams plus the gold medal at the Olympics ). But, already, the Serbian had risen to reach the final in New York. Where the greatest disillusionment of his career awaited him certainly …

Others, and among the older ones, would not have recovered from such a hangover. But Novak Djokovic is not like us. Without flinching, he went back to work, driven by this eternal desire to win, again and again. When it was necessary to re-put on the warming blue, after 50 days of cutting, he groped, he doubted, but he made his way, with a machete rather than finesse, until he found his executioner new -Yorkais in the final at Bercy.

Against the Russian, it was obvious that his sheer talent might not be enough, with the Muscovite having won four of their last six encounters. Faced with a player who excels, perhaps even more than him, to make the opponent miss, the student Djoko is therefore returned to the blackboard.

With his clan, he saw again, certainly the ball in the stomach, the butchery of the US Open. And he did what he can do best, he adapted. “I tried to prepare my game,” he whispered after his victory against “his biggest rival this year”. Realizing that he could not dominate the Muscovite from the baseline, he forced his nature and was therefore much more offensive. The option was risky, and it almost collapsed. But, after a first set where he was regularly pierced on the fly, he persisted, when others would have abdicated, to return to a more “comfortable” game plan.

You had to see how, at 5-3 in his favor in the second set, he saved three break points by performing wonders at the net. Stubbornness, sometimes, is good. “I wanted to keep him on his heels, that he didn’t know what was going to happen to him, to show me a little unpredictable” savored “Nole”, quite proud of his blow. Medvedev was however warned, he who declared before this final “We know Novak. If he was not able to adapt to the circumstances, he would not be there today. He will certainly change something in his game. This is the game, this is tennis! ”

86. At the end of a beautiful final, @DjokerNole bends Daniil Medvedev to win the 86th title of his career, the 37th Masters 1000 (record!). #RolexParisMasters pic.twitter.com/aJXAZHf8h5

Tennis was cruel with the world number 2 who hoped to take power definitively in the event of a new success. It was without counting on the adaptability, mental and tennis, of the chameleon Djokovic. The Serbian even pushes the mimicry with this animal to the point of changing its color too: the tears and pallor of New York have succeeded the red cheeks of victory.