Djokovic returns in a big way 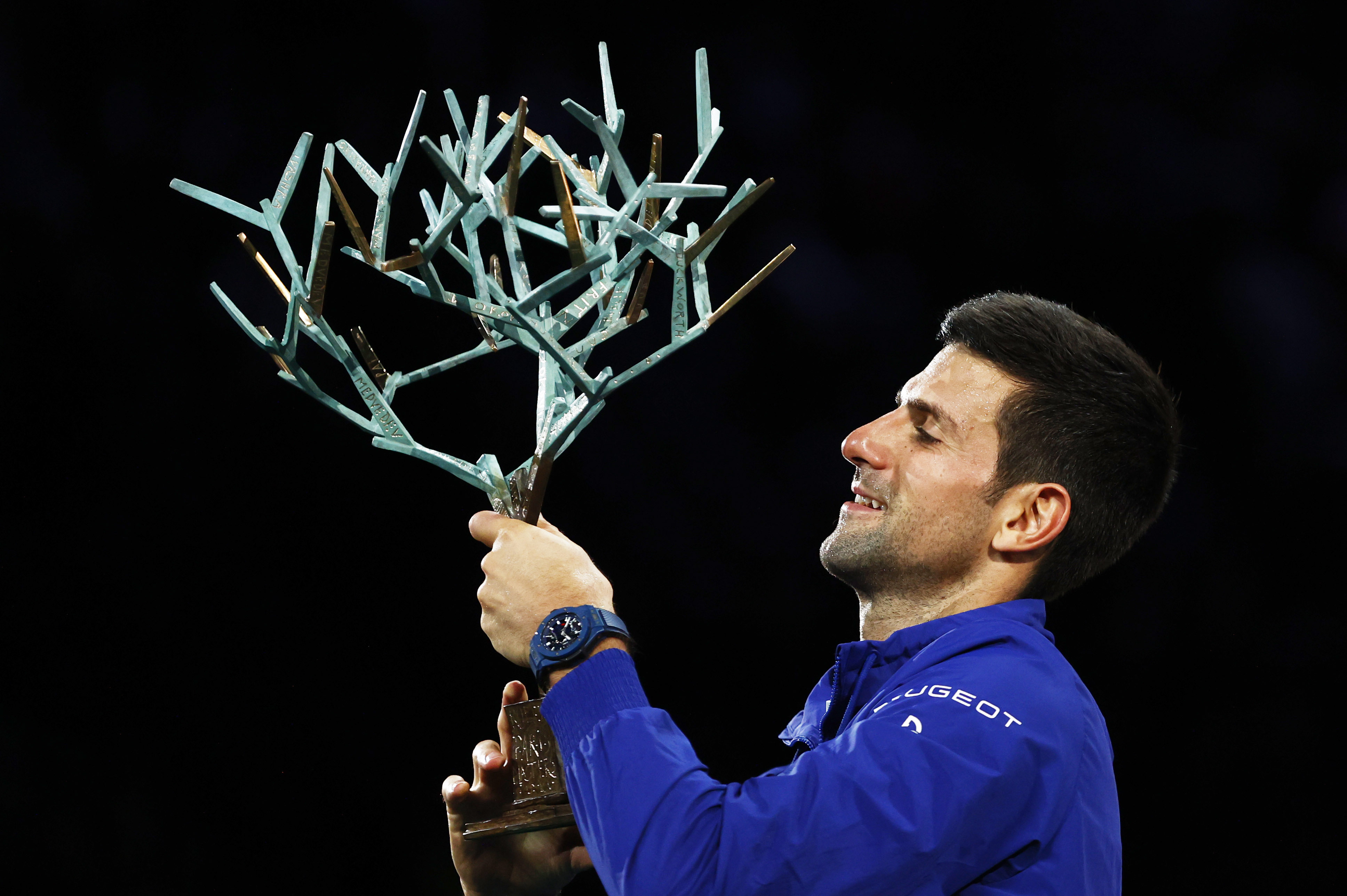 Novak Djokovic was coming from a good season in the cave, unseen since he received the two summer slaps in Tokyo and New York. “Emotionally empty,” he said before leaving Flushing Meadows to cloister himself, revive himself, and get back on track. He did it this week in Paris-Bercy, where he already has more titles than anyone else (6) and where he distinguished himself again: with his victory against Daniil Medvedev (4-6, 6-3 and 6-3, after 2h 15), the number one dissolved the tie that existed with Rafael Nadal in the territory of the Masters 1000. He already has 37, and when it seemed that he had already collected the settlement of the season, Djokovic again showed his claws. From record to record.

Do not give up Nole, who at 34 continues to find challenges here and there, also in tournaments with shoehorn on the calendar such as Bercy’s. After 51 days without competing, the Balkan considered that he should return to action in Paris, and the loot is more than important. He leaves with another award under his arm – there are 86 titles in the elite, five this year – and making history, as the tennis player who has closed the year at the highest level the most times (7). In the same way, marking hierarchy against Medvedev, the same one who made him bitter at the US Open and whom he defeated in February in Australia. It was one against two, so only what happened could happen: a magnificent afternoon of tennis.

The duel was developed in a brainy, cerebral way, in an action-reaction format. Taking into account that both are two purebred strategists, one and the other were forced to look for solutions on the fly, to accelerate and retreat as very few tennis players are capable of doing. The result, a delight. Bercy’s audience licked at the rattle of the blows, that string sound that indicates the quality of the impact, well, well, and also with the curvilinear script of the pulse, from top to bottom and from bottom to top. He squeezed one, stirred the other. Give and take without compromise. The two, with everything.

At the start, the idea of ​​Medvedev prevailed, as he had already done in New York, he tried to impose the proposal of the long point and entanglement, the slowed rally and the ball rather to the center, that there would be time to go deeper through the corridors when the goalkeeper in front of you will get dizzy. The Russian demands to think and hit the coconut all the time, and Djokovic countered with a risk formula that helped him correct –from 0-2 to 3-2– and to stumble again –from there to 3-5– when his rival, arms and legs without end, reached everything and returned everything. Nole fell into a ball and fell into the trap from the start.

His body expression twisted, a couple of bad faces arrived and, perhaps, that happy subconscious crossed that Balkan head that played the trick on him and took him back to New York. The gestures indicated that he could let go, that ghosts could appear again, but if there is something left over for Djokovic, it is the return tickets and that is why he returned, he took hold of the bayonet and his direct tennis appropriated the second set, not without having to overcome several chasms: with 5-3, he saved three options break. Medvedev, a porcupine with a thousand quills and the stride of a cheetah, champion last year, pushed him beyond the limits at every point.

With the Russian on the track there are no gaps. There is no centimeter discovered, so Djokovic had to refine to the maximum in each definition, the Serbian exquisite on the volley (27/36 at the net) and fierce against the negatives: they were 38 winners, but they could have been 38 more. It happens that the Moscow one has defenses for everything and thus they built fabulous points, playing the cat and the mouse, constantly doubling the bet. In the tug of war, in any case, the one who usually comes out stronger is Nole, who eroded until he dislodged Medvedev. He gripped this in the exchange and the king of the circuit gave a double acceleration.

Given the 5-2, the number two warmed up and directed a ball to the stands, annoyed by the murmur that spread every time he was going to serve. However, he fed on his own short circuit to earn an extra living, even though it was too late. Unlike what happened two months ago at Flushing Meadows, the one from Belgrade found his way out and caught his sixth trophy at Bercy, regaining shine and metal. Despite the summer blow, Djokovic has found incentives in this final stretch of the course, with his eyes now fixed on the Turin Masters (from November 14 to 21) and without forgetting the Davis Cup.

Despite the blows, Nole never falls.