In Paris, lay people and religious call for the application of the recommendations of the Ciase 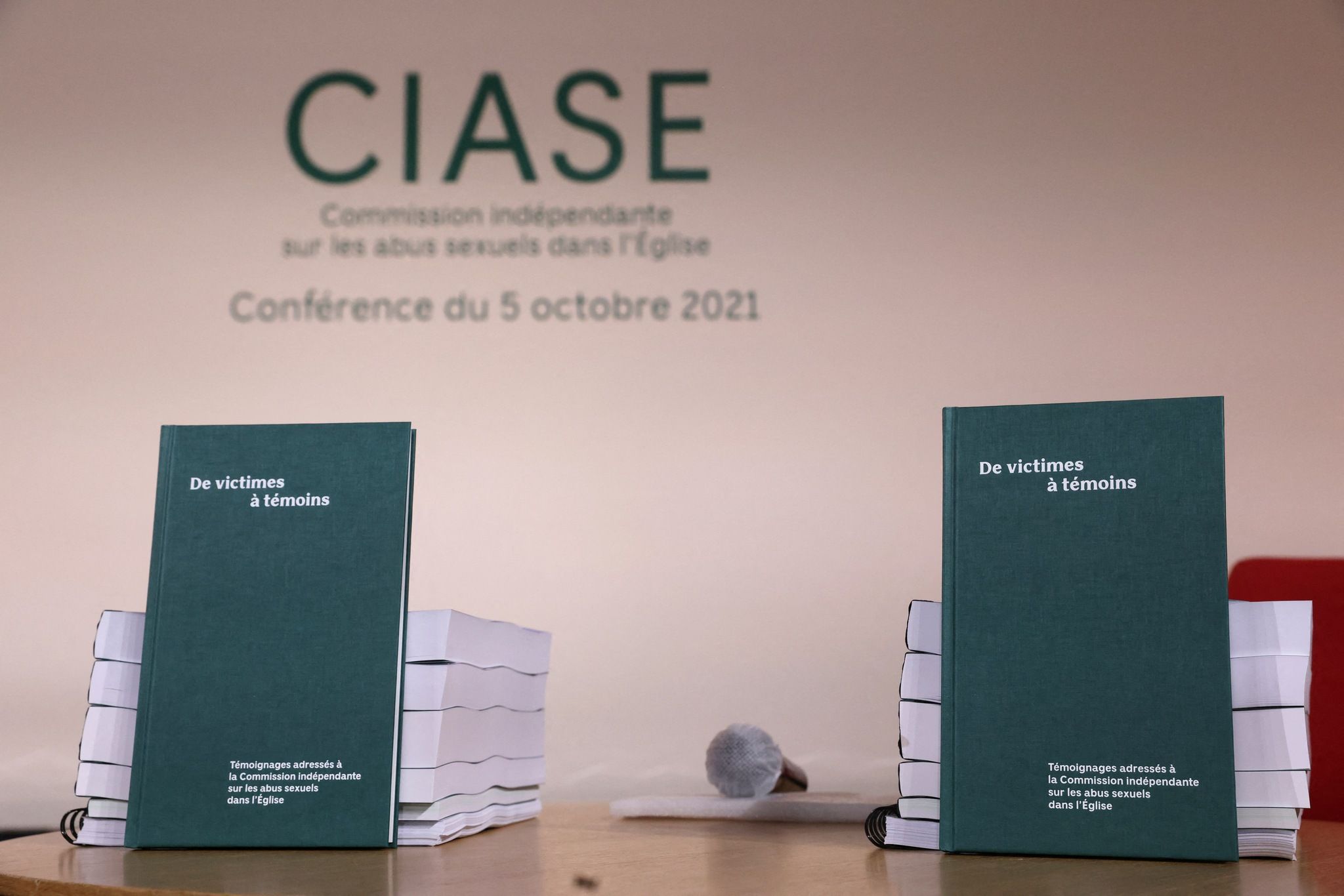 In front of the premises of the Conference of Bishops of France (CEF), in the 7th arrondissement of Paris, some 150 people responded to the call for a rally launched by the collective “From speech to action” on Saturday 6 November. Dressed in a purple ribbon, “symbol of expectation and penance in the Roman Catholic liturgy”, on the wrist, neck or clothing, they came to express their support for the victims of sexual abuse committed by clerics and their anger at the violence.

“I came here to show that the laity are essential,” explains Marc, a former priest who exercised his ministry in the diocese of Saint-Denis for seventeen years. We are also responsible for our Church. We need to change things from the outside. “I come to express my anger, my solidarity and my hope to see things change”, confides a seminarian himself victim of a priest cleric in his childhood.

Pedocriminality: in Lourdes, the bishops on their knees repent

In turn, actors and victims take the microphone to read testimonies from “Victims to witnesses”, recorded in the book appended to the report of the Independent Commission on Sexual Abuse in the Church (Ciase). Around them, the participants, Catholics or not, alone or with their families, of all generations, listen in silence to the chilling stories of a girl raped by a priest at the age of five, of a teenage girl victim of touching during a trip. “It is difficult but necessary to hear them, slips a participant. What is admirable is that today they are there for the Church while the Church is not there for them. “

The day before in Lourdes, the CEF, through the voice of its president Mgr Eric de Moulins-Beaufort, officially recognized the “institutional responsibility” of the Church and the “systemic” nature of sexual abuse, estimated at 216,000 since the 1950s. by Ciase. In the ranks, few people see it as anything other than a “first step”. “I am suspicious,” admits Yolande de Fayer de la Tour. This psychotherapist who was the victim of a cleric took part in the work of the Sauvé Commission. “The bishops have been making fine speeches for 20 years, but this has never translated into concrete actions,” she denounces.

A side event in Lourdes

“I will follow very closely what it leaves the Plenary Assembly Monday, warns Beatrice, leaning against a tree a few meters from the gathering. I look forward to it all the more impatiently since the absence of a decision would call into question my membership in the Church. “” We must also think of the bishops who are going through an exceptional situation which has exploded in their face “, underlines for her part Laurence Poujade, president of the Sentinel association which defends the interests of victims of abuse of all kinds in a Christian environment. .

Microphone in hand, the latter however regretted the absence of an invitation by the bishops to participate in the exchanges between the leaders of the Church and a hundred lay people in Lourdes: “only a few were invited. So we decided to stay together until the 45 recommendations of Ciase have been implemented. “650 kilometers away, facing the hemicycle where the plenary assembly of bishops takes place until Monday, they were about thirty on Saturday to have gathered in the same way to call to pass” from words to deeds “.