“Bugaled Breizh”: British justice concludes a “fishing accident”, seventeen years after the sinking of the French trawler off England 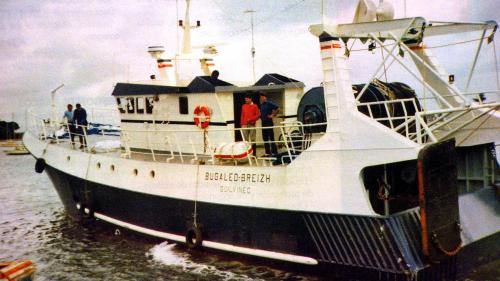 The end of the mystery in the “Bugaled Breizh” affair? Five years after the final dismissal in France, British justice concluded, Friday, November 5, that the sinking of the French trawler, which had left five dead off England
in 2004, was a “fishing accident”. The hypothesis of an accident with a submarine, favored by the families of the victims, has been ruled out.

Over the course of three weeks of hearings in October, witnesses succeeded in this proceeding which attempts to shed light on the circumstances in which the ship suddenly sank off Cornwall (south-west England) on the 15th January 2004.

“I’m capsizing, come quickly!”, Had launched the boss of Bugaled Breizh Yves Gloaguen, in a distress call to one of his colleagues at midday that day. On board the trawler, which was fishing in rather good conditions, were five experienced sailors, “riding on safety”, according to their relatives.

Of the five victims, only the bodies of Patrick Gloaguen, Yves Gloaguen and Pascal Le Floch were found, the first in the wreckage during its refloating, the other two in British waters. It is on the deaths of the latter two that the British proceedings are focused. Georges Lemétayer and Eric Guillamet were reported missing at sea.

If the British procedure cannot lead to the pronouncement of convictions, the families of the victims hoped that it could raise new elements likely to nourish a request for reopening of the investigation in France. The dismissal pronounced by the French justice became final in 2016 after the rejection of their last appeal.

But over the hearings before the High Court in London, the hypothesis of the collision with a military submarine, favored by the families of the victims, moved away in favor of that of a fishing accident that would be due equipment on the vessel which may have gripped the bottom. This hypothesis was confirmed by the judges.