Report of the Ciase: in the Church, the laity in power? 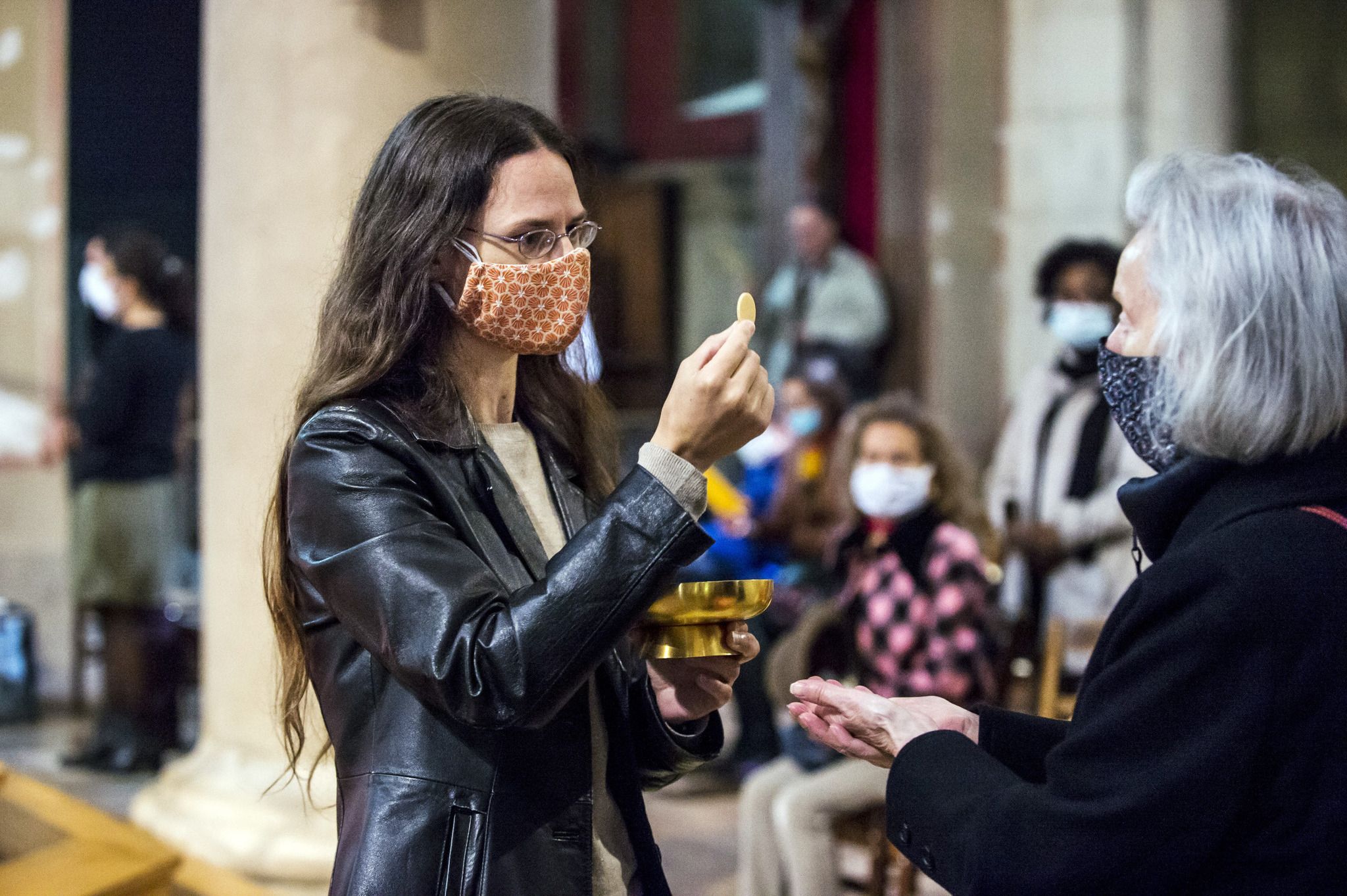 “Reforms cannot be decided, much less be done, between the bishops alone. They must involve all of God’s people, even in the decision. “This strong call made in the forum of the collective behind the # AlsoMyChurch mobilization on social networks partially sums up the state of mind of many French Catholics. Still reeling from the revelations of the Sauvé Report, many faithful want to have their say and cannot imagine being left out of the decisions to be made.

A succinct recommendation that brings changes

This resolution echoes one of the recommendations of the report of the Independent Commission on Sexual Abuse in the Church (Ciase). The latter proposes, in fact, to “strengthen the presence of lay people in general and women in particular in the decision-making spheres of the Catholic Church”. A succinct recommendation which nevertheless opens up vast prospects for the future.

→ EXCLUSIVE SURVEY. After the Sauvé report, the crisis of confidence among Catholics

“In my opinion, we would first need a clear vision of the places where decisions are made and of those where lay people are already involved,” underlines Béatrice Wettstein, director of the Semaines sociales de France. The decision-making spheres, for the moment, are above all the bishop and the parish priest. Episcopal councils in dioceses, for example, are above all consultative. “

In fact, in a large number of dioceses, lay people, men or women, are already involved in governance. But are these different pieces of advice really decision-making? Today, no, answers the theologian Arnaud Join-Lambert, teacher at the Catholic University of Louvain (Belgium). “All the more so as with the exception of the presbyteral council, they are not obligatory according to canon law,” he underlines. If synodality also involves stable structures, shouldn’t they be made compulsory and their prerogatives clearly defined? This would not require a revolution but would tend towards a change of culture. “

Organization of the laity

A transformation of the conception of power and authority in the Church which concerns lay people as well as priests and, of course, bishops. “The way in which, for example, an episcopal council functions depends greatly on how bishops view their mode of government; it is in their hands and, consequently, quite fragile, with differences from one bishop to another ”, insists Isabelle Morel, herself a member of the episcopal council of the diocese of Besançon since September and responsible for the diocesan service of training.

But, in the event of blockage or resistance to achieve a shared exercise of power, does the solution lie in a better organization of the laity? By weighing more, they might be able to “apply pressure”. In this sense, can the Central Committee of German Laity (ZdK), an essential organization of the faithful, be transposed to France?

Many doubt it, starting with Jérôme Vignon, the former president of the Semaines sociales de France, a fine connoisseur of the German Church and an observer of its synodal path. First, because no organization in France represents both the laity involved in movements and those in the parishes, but also because the cultures and mentalities are very different on both sides of the Rhine.

From the outset, the Promesses d’Église collective, bringing together some thirty Catholic organizations, as diverse as the CCFD-Terre solidaire or the Emmanuel Community, thus defended itself from wanting to be the French ZdK and becoming the “voice of the laity”. Today, Promesses d’Église continues to work to invent and define a mode of intervention that makes it possible to work with the bishops, in particular through the Synod on Synodality.

For its part, the Catholic Conference of the Baptized Francophones (CCBF), founded in 2009 and claiming nearly 15,000 active supporters, says it is open to collaborations with other lay people because “we move forward better together”. The CCBF is ready to unite but without denying its identity as a protest. Thus, for President Paule Zellitch, “there is no sphere in the Church that the laity could not be able to invest, including the assemblies of bishops”.

→ ANALYSIS. Sexual abuse in the Church: should we separate the powers of order and government?

Before the ecclesial revolution that some are calling for, concrete ideas are already emerging. Isabelle Morel quotes one of her bishop, Mgr Jean-Luc Bouilleret. “He supports the fact that there is no longer a priest who does not constitute a duo with a layman,” she says, also referring to the daring experiences of the Swiss diocese of Lausanne, Geneva and Friborg. That there is no parish priest without a layman in co-responsibility, the same for vicars general or episcopals. What a beautiful sign would thus be sent! However, this supposes at the same time a consequent formation of the laity, because the confidence requires the credibility and the competence, but also a revolution of mentalities. “

The laity, major players in the synodal path

The Church of Germany has been officially engaged since December 1, 2019 in the process of the “Synodal Path”, which should be concluded at the end of 2022. This dialogue, to respond to the dysfunctions that led to the scandal of sexual abuse, is co-chaired by the German Bishops’ Conference and the Central Committee of German Laity (ZdK).

This representative organization of lay people, founded in the middle of the 19th century, has established itself as a major player in this reform process which has four working themes: power in the Church, celibacy of priests, sexual morality and place of women. The ZdK thus appointed 94 of the 230 members of the synodal assembly, made up equally between clerics and lay people.

The commission considers that, in view of the principle of equal dignity, it is necessary to greatly strengthen the presence of lay people in general and women in particular in the decision-making spheres of the Catholic Church. This work assumes a preliminary inventory and the determination of objectives and an implementation schedule.

→ VIDEO. Sexual abuse in the Church: Catholics in shock

The Dead Sea is emptying