The highly anticipated action movie Gunpowder Milkshake (2021) starring Karen Gillan and Lena Headey is available today on Amazon Prime Video. The film is about Sam, a successful hit man within a dangerous crime organization, who must make a difficult choice.

Sam was only 12 years old when her mother Scarlet, a hit man, was forced to leave her. Taken in by The Firm, the institution Scarlet worked for, she follows in her mother’s footsteps and becomes a ruthless hit man. When Sam then takes a young girl under her wing, everything suddenly changes and she must make a life-changing choice.

Gillan and Headley star in Gunpowder Milkshake, along with Angela Bassett, Carla Gugino, Paul Giamatti and Michelle Yeoh. The action movie is directed by Navot Papushado. Papushado also wrote the screenplay together with Ehud Lavski. 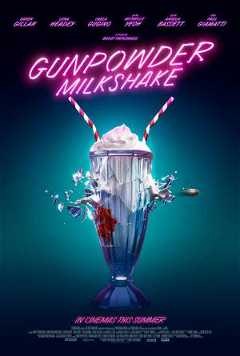 Sam is abandoned at age 12 by her mother Scarlet, a highly effective hit man.